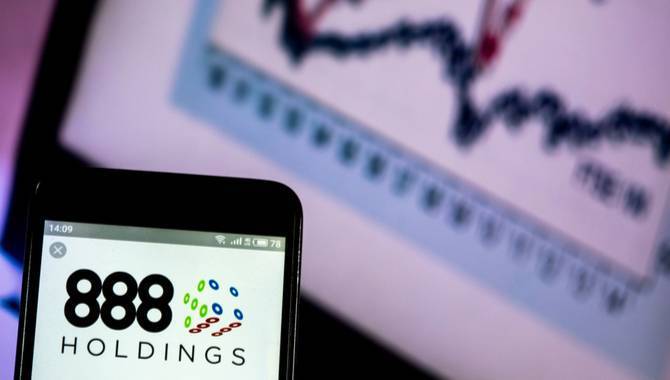 Shortly before the call, which Gambling Insider attended, 888 announced it had entered into an agreement with Caesars Entertainment to acquire the business for a total of £2.2bn ($3.03bn).

Caesars acquired William Hill in a £2.9bn deal in April 2021, but announced it would sell the British gambling giant’s European assets soon after. It was reported that Tipico, Apollo Global Management and Betfred were all interested in acquiring the business, but that race has today been brought to an end.

Commenting on the deal, Pazner said: “We feel that the agreement between 888 and William Hill is a perfect combination and will deliver significant shareholder value.

“We've reviewed many opportunities, and I really believe that this transaction places 888 in a very strong, strategical position in the market, and the financial returns are really, really attractive.”

Lewis, meanwhile, pointed out that the idea behind this agreement is certainly nothing new for 888, saying: “This is a combination that has been discussed many times over the years, and it's great to be part of bringing these great businesses together. The reason why it has been discussed so much is just how powerful the strategic logic is for this combination.”

The 888 CSO also touched on potential revenue and the key markets in which the enlarged business will look to target. In terms of the former, Lewis explained that the deal “creates a really well-diversified revenue mix,” adding that “our revenues here will increase by around five times as a result of the transaction.”

And in terms of the latter, the combination looks to strongly enhance the group’s position in key regulated markets, with Lewis noting that the combined share will already be in the top three positions in the UK, Italy and Spain.

Pazner, however, added that there are a further six markets – Germany, Canada, Netherlands, Romania, Denmark and Ireland – in which the company foresees “really strong growth potential,” with the combined opportunities of these six markets totalling around $7.5bn. “We will be really well positioned to get to top three positions across these markets,” said Pazner.

And it was Dafna who discussed the financial aspects of the deal, explaining that the headline price is £2.2bn, including £0.1bn of capitalised lease costs, meaning £2.1bn is the amount that the company actually needs to finance. 888’s CFO noted that the figure “represents a compelling price for a top-quality asset.”

Dafna also explained that the main condition to closing is the shareholder vote, with a formal vote to be held in Q1 2022. He expressed his delight that there is “strong shareholder support so far,” with the group aiming to complete the transaction in the first half of 2022.

Importantly for Pazner, the deal with William Hill does not change 888’s “exciting plans for the US,” which are based on the newly established partnership with the Sports Illustrated (SI) sportsbook, which was launched in Colorado earlier this week.

“SI is a really strong American brand with a large and growing customer base in the US,” said Pazner. “Partnering with this brand allows us to invest much more selectively and effectively in the US, with a clear focus on using SI’s brands’ footprints and positioning to acquire customers more effectively, and to build a profitable business over time.

“We are really excited about the opportunity to enhance our US growth plans, with more markets to come soon, combined with a significant additional sportsbook expertise that the William Hill team brings, including from prior operations they had in the US.”

Concluding the conference call, Pazner emphasised: “This is a really, really attractive transaction for 888 and William Hill International.”