Is Australia pushing for prohibition? 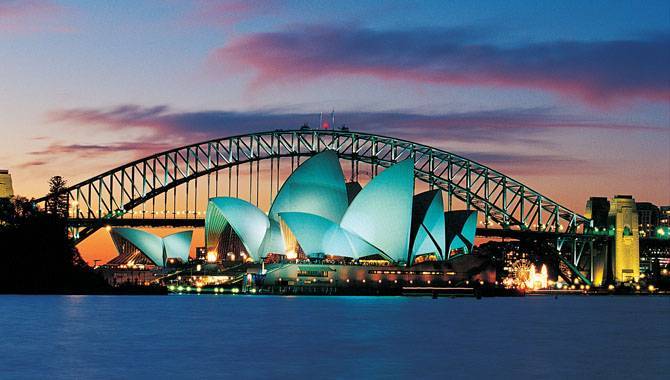 ﻿Partner, IP and Gambling Regulation at Memery Crystal LLP, Carl Rohsler speaks to Gambling Insider about the tumultuous nature of the Australian Gambling market and how the regulatory framework will need to adapt in order to facilitate the old pastime

Gambling and gaming has a rich history in Australia, having long been connected with Australians’ enjoyment of sports and racing. The latest edition of Australian Gambling Statistics estimates that expenditure in the legal gambling industry was over A$22.7bn in 2014-2015. This puts annual per capita gambling expenditure at A$1,250, demonstrating that Australians have a robust appetite for gambling. These figures exclude so-called “interactive gaming”, which encompasses online and telephone-based gambling, most of which are prohibited in Australia. Recently we have seen new legislation introduced to strengthen the protective regime, but it’s still up in the air as to whether or not it will be effective.

It is against this rather mixed background that the Australian parliament recently enacted the Interactive Gambling Amendment Act 2017 (the “IGA Act”). The IGA Act came into force on 13 September 2017 and it amends, amongst other legislation, the Interactive Gambling Act 2001 (the “2001 Act”), which is the primary piece of federal legislation on interactive gambling. The introduction of the bill which led to the IGA Act, followed recommendations from a 2015 review conducted by the former Premier of New South Wales, Barry O’Farrell.

The 2001 Act made the provision of so-called “interactive gambling services” with an “Australian-customer link” a criminal offence. If found guilty of the offence, a corporation would have been liable to a fine of A$2.1m for each day on which the offence was committed. The 2001 Act also created numerous other criminal offences, such as the publication of an advertisement for interactive gambling services, which carried a maximum penalty of A$126,000 for corporations on each day that the offence was committed. Fines for individuals were similarly punitive.

However, the enforcement regime which sat behind the 2001 Act was ineffective, with not a single prosecution brought by the time the IGA Act was introduced to the Australian parliament 15 years later. The evident absence of enforcement on the part of the Australian authorities and a perceived sense of uncertainty regarding the state of the law created a vacuum which, in the opinion of the Australian government, allowed offshore gambling operators to thrive.

The IGA Act has amended the 2001 Act to, in effect, prohibit the provision of all interactive gambling services unless the particular service in question is expressly permitted under the IGA Act and the provider is licensed to provide such services. The limited exclusions include telephone betting services and online horse-race betting services. The IGA Act has also materially increased the fines for criminal offences under the 2001 Act. By way of example, the fine for corporations that commit the offence of providing a prohibited interactive gambling service with an Australian-customer link now equates to A$5.25m for each day on which the offence is committed.

One of the most significant amendments in the IGA Act is the introduction of a new civil penalty regime which runs parallel to many of the criminal offences. For example, there is a new civil penalty for corporations that provide a prohibited interactive gambling service with an Australian-customer link which equates to A$7.875m for each day on which an offence is committed. Aside from the eye-watering numbers involved, the introduction of civil penalties has a more practical impact on would-be providers of prohibited interactive gambling services, because they require a lower standard of proof than for criminal cases where a case must be proven beyond all reasonable doubt. For the Court to impose civil penalties it must only be reasonably satisfied that the alleged acts have occurred and that satisfaction must be commensurate to the seriousness of the allegations. This is a significantly easier burden of proof for the Australian enforcement agencies to discharge relative to that required in criminal cases.

One of the main criticisms levelled at the enforcement regime under the original 2001 Act was that the “competing priorities” of enforcement agencies meant a criminal prosecution was considered by offshore operators to be unlikely or at least unlikely to be effective when coupled with the perceived lack of clarity as to the state of the law. Importantly, the amendments contained in the IGA Act also empower the Australian Communications and Media Authority (the “ACMA”) to enforce the civil penalties set out in the IGA Act. The ACMA is now able to utilise a range of enforcement tools, from the imposition of sizeable civil fines, to the use of infringement notices, formal warnings and injunctions. The IGA Act also amended the Australian Communications and Media Authority Act 2005 to enable the ACMA to disclose information to the Department of Immigration and Border Protection for the purposes of restricting the travel of executive-directors of entities engaged in activities which are prohibited under the amended 2001 Act. Similarly, the ACMA is now able to notify regulators in other jurisdictions of entities that are engaged in the provision of interactive gambling services contrary to the amended 2001 Act. Under the previous framework, the ACMA was required to refer complaints to the Australian police for criminal charges to be brought against the alleged offenders. Whilst this is still the case in respect of criminal offences under the amended 2001 Act, the ACMA has the power to enforce the new civil penalties regime independently of the Australian police. The ACMA’s ability to impose sanctions without the involvement of other agencies will likely give new impetus to the enforcement of the amended 2001 Act.

The enactment of the IGA Act has already had a deterrent effect on many prominent gambling operators, with the likes of PokerStars and 888Poker withdrawing from the Australian market. However, following lobbying from Liberal Democratic Senator David Leyonhjelm, the Senate referred the issue of the regulation of online poker to the Environment and Communications References Committee for inquiry and report. In particular, the Committee is required to consider whether the current regulatory approach to online gambling is reasonable and proportionate to the personal or social harms that might result from participating in online poker.

THE FUTURE OF ONLINE GAMBLING IN AUSTRALIA

News of the inquiry has brought hope to the online poker community in Australia. If nothing else, its existence indicates that the debate on online gambling is ongoing and there is potential for regulations to soften in the future. There also remains the real question of whether effective enforcement action (in terms of criminal prosecution or actually enforced fines) will be effectively levied. Whenever prohibition is used, there is this paradox: prohibitions tend to drive away the well-regulated, and create a vacuum sucking in less scrupulous operators into the market. So the real question is whether the authorities are prepared to provide a sufficiently benign environment for a home-grown market which can satisfy the local need and give the Australian population no reason to look elsewhere.