When you think of bookmaking today, what comes to mind? If it’s huge stands at ICE London, complex trading algorithms, swathes of technical staff and software specialists, you’d be along the right lines. Pick any page in this magazine at random and, regardless of whether retail or online gaming is being assessed, you’d be odds-on to read about something computerised. 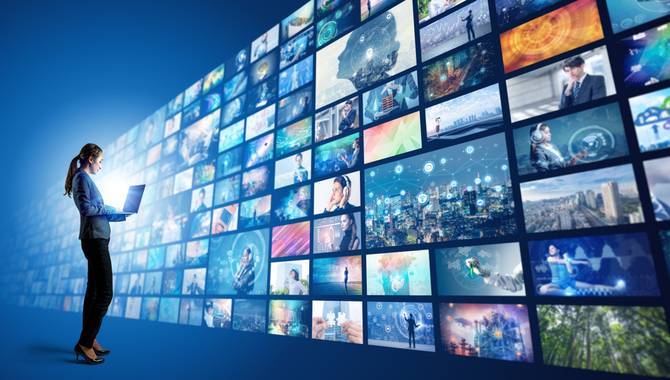 When you think of bookmaking today, what comes to mind? If it’s huge stands at ICE London, complex trading algorithms, swathes of technical staff and software specialists, you’d be along the right lines. Pick any page in this magazine at random and, regardless of whether retail or online gaming is being assessed, you’d be odds-on to read about something computerised.

The above is, frankly, obvious. Bookmaking and the compilation of odds have improved to no end and will continue to do so – perhaps eternally as there is no real ceiling to be reached. But, as I’ve argued before, the human touch will equally always be needed amid a sea of artificial intelligence. With all the tools available to a modern-day trader, gut instinct is still a precious commodity.

While this notion applies across our industry in an overarching sense, there are few examples more prevalent than novelty betting. For US players, this concept is becoming more and more familiar. Odds are beginning to be offered on markets like the Oscars, adding to traditional prop bets such as how long the national anthem will last and on which side the coin toss will fall during the Super Bowl. Players in the UK however, are even better-versed, with reality TV betting forming a rather large market for the casual bettor on this side of the Atlantic.

As opposed to sports wagering, where statistics and modeling are paramount, and even slots and casino, where mathematical probabilities are fundamental, betting on the outcome of a TV show is a little different. Strictly Come Dancing, where celebrities partner with professional ballroom dancers, and I’m a Celebrity Get Me Out of Here, where celebrities compete to be voted King or Queen of the Australian jungle, require far less mathematical trading precision. Then there’s something like Love Island, where logic and sanity can feel like an altogether alien concept. Any readers from outside the UK who have never seen this show, please Google and enjoy – or recoil in horror.

“With reality betting, it’s almost the last bastion of old-school trading,” Fred Nathan, Media Relations Specialist at Press Box PR, tells Gambling Insider. “If you think about sports, everything can be modeled; there are formulas, form, stats. But in the old days of trading before this technology, there was a lot of gut feel. Obviously, there are precedents, but they’re not going to be as black and white. With lots of celebrity shows and even with most reality shows, the people taking part haven’t done anything like this before. So there’s not really any indication whether they’re good at skating, dancing, singing or whatever.”

Having consulted the trading team at operator SportNation, Nathan talks us through what a trader would look for when pricing up a reality TV market. “They would assess the competition and say there have been five female winners between the age of 25 and 30,” he explains. “You would look into the line-up and see if there is a youngish female soap star, for example. Athletes often do very well. Age is a factor. They consider the common, simple factors that would determine a winner; it’s old-school trading.”

According to SportNation’s odds compilers, the aforementioned Love Island isn’t actually that popular for betting, being outperformed considerably by Strictly and I’m a Celebrity. In the past, you could also wager on pre-recorded shows such as The Apprentice and The Great British Bake Off, although this is no longer permitted, due to the outcome having already been decided before any stakes are placed. While an English Premier League football weekend would eclipse even the biggest reality TV show final, Nathan still anticipates betting on Strictly for one weekend round would generate millions of pounds’ worth of wagers. As Gambling Insider has previously explored meanwhile, the UK public is equally willing to stake considerably on something like the General Election.

The intricacies of how to approach such markets, in the absence of technological or algorithm-based assistance, pose the dilemma of pricing accurately while also trying to welcome the more creative bettor. On the one hand, you could say there is a reduced cost in offering reality odds: only one trader is required, rather than a sophisticated network of software and technology. On the flip side though, reduced certainty increases trading risk.

“Traders are traders for a reason. They’re mathematical minds,” Nathan says. “They know what the value is, how to set, how to protect their company, but also entice players in. I think that balance is still able to be struck with reality TV. Realistically in the UK and US, there’s only going to be three or four reality TV shows on at one time. I feel a lot of bookmakers are prepared to take that risk. The traders can then hold their hands up and say ‘look, if the 7-2 shot beat the odds-on favourite, then fair enough we got it wrong.’ They might even try to price it deliberately; because it’s less scientific, they can probably be a little bit more creative in the way they offer odds.”

Naturally, that creativity can lead to a sales maximisation exercise rather than a profit maximisation approach. For instance, offering the eventual winner at a longer price might lead to a short-term loss on the market, but a greater number of sign-ups, potentially creating long-term value and welcoming a new legion of players. Odds for reality TV can serve a wider purpose too, with regards to media coverage. For news reporters and journalists, odds are a sign of what the public think and feel, opening the door for operators to use these news sources as a means of external marketing. Want to know who will win this year’s Strictly Come Dancing? Find out the latest favourite with *insert operator name here.* It’s a tried-and-tested advertising strategy.

Considering the various elements of the US broadcasting spectrum, and the existence of state-by-state media, there is plenty of scope for this kind of marketing across the Atlantic. While the concept of reality betting has become commonplace in the UK, it is slowly taking off in the US as well. As Nathan explains, US markets are just coming to terms with sports betting state-by-state and “disseminating” what odds reveal about different audiences. It’s a newer concept in the US, though both bettors and betting companies are gaining a “broader understanding.”

For stateside lovers of the old-fashioned, reality TV betting truly is the jackpot. Mathematical probability and artificial intelligence are highly unlikely to indicate how a crowd will react to a given celebrity in the distant future, let alone the present or indeed the past. Any US firms looking into this novel area of wagering will have free rein to benefit from the instinctive and creative approach the vertical requires. In other words, there is plenty of room for manoeuvre.

Reality betting is unlikely to generate the revenue a sporting contest would, nor will it attract the most dedicated of casino players. But it is a unique form of engagement and a method of attracting a slightly different audience. It offers greater variation than sporting odds and the chance to experiment with your marketing and advertising. In fact, you could even say for the old-school traders of Las Vegas, reality TV might just be the future of the past.