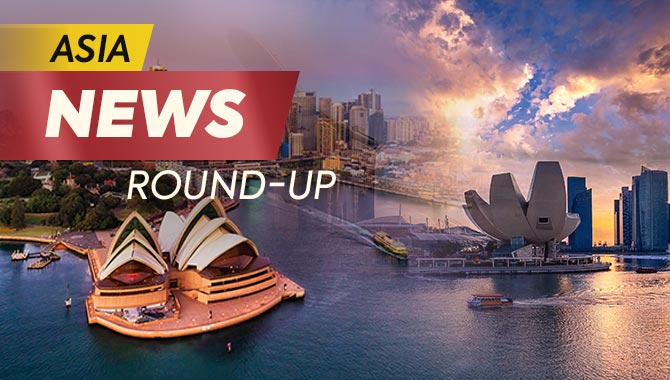 Manny Pacquiao will face martial artist DK Yoo in a six-round middleweight bout on December 10, 2022, at the Seoul Arena in Seoul, South Korea.

Ahead of the scheduled bout, Pacquiao has planned to spend a training session with M88 Mansion, Asia's Online Casino Giant.

With Pacquiao on board, the gaming operator has also hinted at featuring the eight-division World Champion in possible exhibition boxing matches and other engagements throughout Asia.

The Star Entertainment Group has been hit with AU$100m (US$67.6m) in fines by the Queensland Government following ‘major failings’ at its casinos.

The Government also deferred suspension of the group’s casino licences for a year to monitor operations in the state.

Japan’s land ministry has said it will be difficult for it to decide by the end of 2022 whether to approve the proposals of the Osaka and Nagasaki prefectures to host casino resorts.

As a result, the ministry has said it will likely have to delay the planned openings of such casinos, which were set to be opened in 2029 (Osaka) and 2027 (Nagasaki).

SkyCity Adelaide will have civil penalty proceedings commenced against it in Federal Court by the Australian Transaction Reports and Analysis Centre (AUSTRAC). This is for alleged serious and systemic non-compliance breaches with Australia’s anti-money laundering and counter-terrorism financing (AML/CTF) laws.

The civil proceedings were initiated after an enforcement investigation into the operator was completed in June last year.

Jade Entertainment has launched a new sportsbook in the Philippines, Jade Sportsbet, with its partner BetConstruct.

Jade Entertainment’s new sportsbook will be available in retail locations and online, at jadesportsbet.com. The operator was runner-up for Casino Supplier of the Year at the inaugural Global Gaming Asia Awards in 2022. The company says the release of its sportsbook was designed to align with the new NBA season and the FIFA World Cup 2022.

A spokesman for the Tote Board, Singapore’s gaming revenue channel, stated that the sums wagered on lotteries and sports increased due to the country lifting Covid-19 restrictions. The Tote Board operates Singapore Pools and Singapore Turf Club which runs horseracing, football and motor racing betting.

A subsidiary of Universal Entertainment, the casino operator’s adjusted segment EBITDA was also up markedly, from PHP 443m in Q3 2021 to PHP 2.4bn in Q3 2022.