In today’s Asia round-up, we bring you the latest from Macau as it lifts travel restrictions, MGM China offers 97% of its staff bonuses and other top stories from the Asian continent… 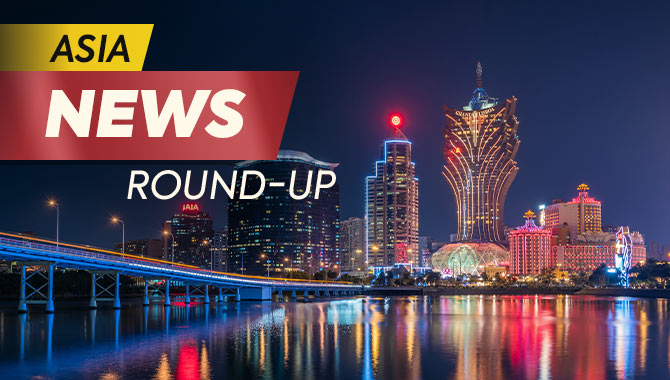 Macau officials have claimed that the special administrative region (SAR) has returned to normalcy following three years of heavily restrictive Covid-19 measures. Sunday marked the first day of relaxed restrictions and saw new arrivals jump up to over 39,000.

Most of these visitors were from mainland China, while 5,600 Hongkongers made the trip to Macau on Sunday. The Hong Kong-Zhuhai-Macau bridge resumed its 24-hour service, with both personal vehicles and the bus service between the SARs returning to normal service hours.

Macau authorities previously announced the changes in measures as they seek to make Macau an entertainment destination again, ahead of the Chinese New Year holiday on the 22nd of January.

Macau’s six gaming concessionaires are also hoping for a strong kick-start to 2023 after their new licenses came into effect on January 1st. This follows Macau recording its worst gross gaming revenue on record in 2022, at just $5.26bn.

Cambodia has implemented a new taxation regime on commercial gaming operators in the country, which encompasses a revenue-based tax rule and procedures system. This will replace a lump-sum-based regime that has been in place for decades.

Under the new tax regime, operators will also have to abide by the International Financial Reporting Standards which govern how different types of transactions and events are reported.

Cambodia’s Ministry of Economy and Finance stated that this move meant: “That there would no longer be cases of hiding cash to be paid to the authority even by casino owners and tax officials.

“The rules and procedures determine check-and-balance practices for the balanced power among operators, regulators, inspectors and other relevant stakeholders involved in the implementation of the new proclamation”.

Cambodia also has a five-year transition period in place regarding signage used on casino properties. This rule states operators must have a signboard in place to indicate that their venue is a commercial gambling establishment.

MGM China set to pay 97% of staff with discretionary bonuses

Macau-based operator MGM China has announced that it will be paying a ‘one-time discretionary allowance’ to its eligible non-management workforce. This bracket of employees makes up 97% of the company’s overall personnel.

This bonus will be equal to one month's worth of salary and will be paid on Chinese New Year, which starts on January 22nd. The company stated the bonus was a gesture of “appreciation for the relentless effort and hard work,” demonstrated by the group’s employees in the past year.

MGM Co-Chairperson and Executive Director Pansy Ho remarked: “We are thrilled to see the swift recovery of the city’s tourism industry after the lifting of border restrictions.

“MGM is ready to embrace the new opportunities ahead and will continue to take practical actions in promoting the economic diversification of Macau.”

The US-based casino operator Mohegan Sun has teamed up with Hanwha, one of South Korea’s largest conglomerates, to fund the Inspire Entertainment Resort in Incheon, near Seoul. This venue is currently under construction and will be foreigner-only with a casino and leisure complex incorporated.

Mohegan announced in late 2019 the appointment of Hanwha Corp as the main contractor for Inspire Entertainment Resort. The South Korean Groupo will be providing a ‘guarantee of completion,’ as well as KRW100bn (US$80.3m).

The first installment of KRW50bn will be paid on December 30th. A second tranche, of the remaining KRW50bn, “must be funded on or before March 30”.

Hanwha Hotels & Resorts Co Ltd, a subsidiary of Hanwha, has agreed to manage non-gaming offerings at the property, including hotel operations.

The Inspire Entertainment Resort project is on a 46.3 million-square-foot site at Yeongjong Island, near Incheon International Airport, which is the country’s main air hub.