Beautiful British Columbia has been hiding a dirty little secret: Canada’s westernmost province has laundered at least $100m through its casinos for more than a decade. 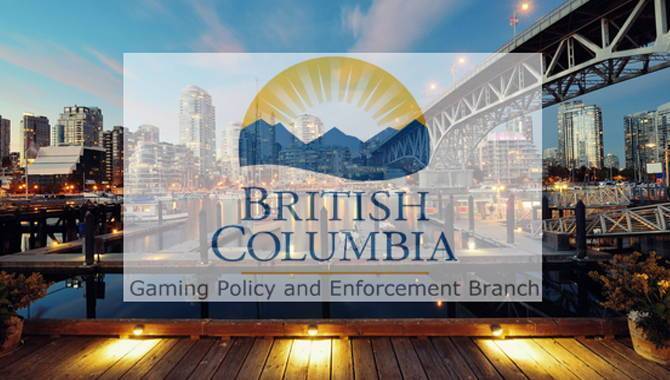 The exact amount won’t be known without a forensic audit, but the scale of the problem appears to be epic — seeping from the gambling sector into the real estate market and opioid drug world, popping up in political donations and stretching its tentacles into China and beyond.

The province has been at the centre of an international money laundering scandal for the best part of a decade. British Columbian casinos reported over C$20m ($15.2) in suspicious transactions in July 2015 alone. The River Rock Casino in particular had accepted C$13.5m ($10.27m) in $20 bills in one month, which police believed to be the proceeds of crime.

The report describes money laundering as a cycle where dirty money is loaned to gamblers and paid back when they cash out, sometimes through offshore accounts. One form of laundering used to move money out of China was dubbed the “Vancouver model.” (Dirty money is the product of criminal acts, whereas black money is presumably legal but hidden to evade paying tax on it.)

“Through the process of placement, layering and integration, the money launderer will effectively accomplish three objectives: conversion of bulk proceeds of crime into another form, concealment of its origin and ownership, and creation of an ‘alibi’ for the funds,” German wrote.

The study offers 48 recommendations to prevent the recurrence of widespread money laundering. One of the most important is to establish a new regulator in charge of anti-money laundering policy to rid the province of divisive rivalries between the British Columbia Lottery Corporation and Gaming Policy and Enforcement Branch.

“Relationships between BCLC and GPEB are at best strained, and at worst broken,” German wrote. “It has been pointed out they could have dealt better with the cash ‘crisis’ if they were better co-ordinated.”

Another recommendation involves a specially trained, around-the-clock policy force to battle money laundering. Casino high rollers would also have to disclose where the funds have come from prior to gambling if the recommendations are adopted.

BC Premier Horgan, a New Democrat, has posed questions about the previous governing of the province under the BC Liberals. Horgan told The Globe and Mail newspaper: “There are a whole bunch of things I would like answers to over the past 16 years.”

“You and I would shake our heads at the thought that someone would take their own personal resources and gamble $100,000, but people do and they can legitimately do it. Now, people can also illegitimately do it,” Anton said.

“That’s basically the attitude and it’s a problem that haunts all of policing in BC, lots of people operating independently or in little silos protecting their turf — and that’s the way it’s been for a long time. Whether it changes as a result of Peter German I don’t know,” he told Lawyers Daily.

British Columbia has allowed for a C$30m ($22.8m) drop in its annual budget for the fiscal year, due to gambling regulation overhaul.

The crackdown on money laundering started before the publication of the report, however, leading to the arrest of suspected international money launderer Dan Bai Shun Jin in May. Mr. Jin faces an arrest warrant in the US for alleged fraud of over $1.4m from the state of Nevada.

There are fears that the money laundering has facilitated itself into other sectors of BC's economy. German highlighted the need for research into allegations of organised crime in real estate. This could be of concern to legislators as one-third of BC’s GDP reportedly involves real estate.

BC Attorney General David Eby has called for a study into money laundering in the real estate sector, but that is just one of many murky areas that have raised questioned since the release of the report. There are also media reports that the former government, led by British Columbia Liberals, received hundreds of thousands of dollars from the operators of two casinos named in the money laundering report. Elections BC records show Gateway Casinos gave the BC Liberals at least $220,000 since 2015 and Great Canadian Gaming donated $127 in the same period.

The China connection is another strand yet to be fully explored. According to the report, Chinese citizens looking to relocate their wealth from China to Canada (and to bypass strict financial limits set in China) agreed to accept cash from a Canadian lender, exchange the money in a casino for chips, then convert the chips into cash as they exit the casino.

“A complex network of criminal alliances has coalesced with underground banks at its centre,” wrote German. “Money is laundered from Vancouver into and out of China and to other locations, including Mexico and Colombia. Illegal drug networks in North America are supplied by methamphetamines and precursor chemicals from China and cocaine from Latin America. In addition, ‘high rollers’ from China facilitate the flight of capital from China using Canadian casinos, junket operations and investment in real estate.”