On 7 August 2018 Italy’s parliament voted to outlaw gambling advertising with 155 votes in favour and 125 votes against. 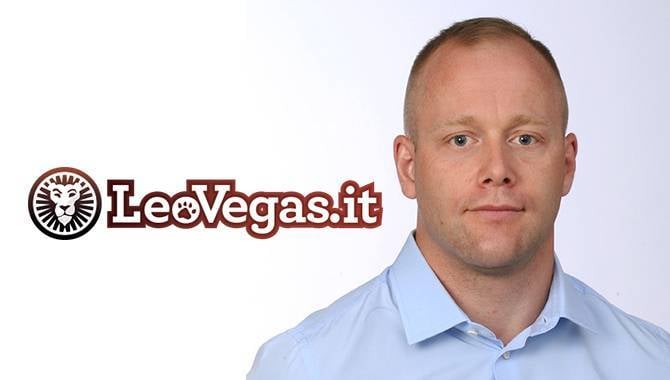 This advertising ban will make it illegal to advertise gambling products and services on the internet, radio and TV. However, the state run lottery and its products will be exempt from this ban.

One of the few operators to publicly challenge the Italian government on its decision to outlaw gambling advertising is LeoVegas Italy and its Managing Director Niklas Lindahl.

In an exclusive interview with Gambling Insider, Lindahl calls for support from other operators, and explains why LeoVegas is not giving up the fight to overturn the ban.

What impact has this had on the industry in Italy so far?

Since the ban became active, it says that whoever has the contract in place can continue until July next year. So until summer next year, you can continue advertising with the contracts you still have, so from that point of view the marketing can continue. However, adverts on Facebook chose to shut down their channels immediately after the decree became law, and Google also chose to shut down AdWords, which was the biggest blow for the industry. Even though they didn’t have to, they made the decision to close down the channels. This will have quite a significant impact on the marketing for any operator because it’s important and being able to reach out to your fanbase through Facebook is very important to your customers.

It was premature and unnecessary, because advertising on Facebook could have continued until summer next year. The government wanted to decrease advertising but instead, due to the window of opportunity, all the operators now try to market as hard as they can, so actually the marketing seems to be more intense now than before the ban.

What effect do you think the ban will have after it is enacted?

At LeoVegas we are working on a European Union level now. We have filed a claim and the European Commission is working with this claim, because the decree has violated several EU laws. We are confident the EU will see how Italy can be affected and our hope is that the EU will sit down and talk with them and say: “Hey, you cannot do this and the law has to be changed.” As for our secondary objective, we do think that sooner or later, a new government will come. We spoke with the opposition and they also think that this new law is completely out of line, so we do hope that when a new government comes, that they will calibrate this law into a more sensible law.

To what extent would you agree with the argument that gambling advertising at least needs to be controlled in some form, even if there wasn’t a blanket ban?

I think as serious licensed operators, we have a responsibility to take care of our players and to market in a responsible way. We are always looking to the UK as a good example. The UK has a very strict law when it comes to advertising casino and gaming, which we think is fine, because the Gambling Commission is putting the pressure on operators to live up to certain standards. It gives us the opportunity to better ourselves, and if you have to stick to strict rules, all the serious operators can operate in the right way.

I agree that in Italy it has been a little bit out of control. Operators were well regulated, but from a marketing point of view, going from unregulated marketing to a complete ban, that’s too much and when you see also where the gambling addiction starts in Italy, it’s not online, its offline. Online gaming in Italy represents only 7% of the total gambling turnover in Italy. The rest is from offline and if you look into what the average spend is for online operators, I think it’s about €52, so it goes without saying that gambling addiction is not really created online.

Those who gamble online will be monitored through our responsible gaming department, so we can see and intercept them before it becomes a problem. Even though we do think that gambling addiction is mainly developed offline, we are always taking the step to help those that need help using our advanced algorithms and so on. We take responsible gambling very seriously. To answer your question, is there a need to tighten up the market in Italy? Maybe, but was it done in a reasonable way? No. I think the UK is a good example of how things should be done; strict but sane.

How do you think the ban will be received by players?

The players will continue playing if you compare with the prohibition in the US. People continued to drink and just found alternative ways to find their alcohol. It’s the same thing with gaming or gambling. Italy is a thriving market, Italian people will continue to gamble. They are just going to have a harder time finding the right sites.

Last month I spoke to an affiliate consultant based in Italy (Maurizio Gigante) who suggested that some affiliates were thinking to go back to the  “.com illegal environment or to start working outside of Italy.” In your opinion, how likely is it this will happen? Why?

Of course it’s risky business now for affiliates, because the new law says that anyone that does advertising, but also the medium or the channel or the site that promotes for the operator, will be subject to a fine as well, so it’s a double fine.

Of course, many affiliates are afraid and I’m sure none of them will try to find a way to go around the law, but our advice to our affiliates is to continue doing their business as they should, remain transparent and follow the rules and regulations. We don’t advise any of our affiliates to go around the law. We always encourage everyone to follow the law. Being compliant is the key to success in this industry, and we must show the Italian government that online gaming is something good. We do hope the affiliates stay within their compliance, because that will be better for all. However, we do understand the problem and risk that they may go to the .com environment.

What kind of precedent does this set for the entire gambling industry in other parts of the world?

The rest of the world only looks at Italy as an extreme example. The current government has this dream that this will be an example for the rest of the world and that many of the European countries will follow their “great example” but that is not the case. Other countries just look at Italy and think once again Italy has taken extreme action without any sense, so it’s not going to be exactly as the government hopes. It’s an insane law that goes against the recommendation of the European Union.

The problem is this, Italy actually allows gambling and gaming. Operators are also allowed to apply for licences. So on one hand they say that gaming is legal, and on the other hand they say you can buy a licence in Italy but you can’t promote your business. How will new operators be able to penetrate the Italian market? That’s impossible, because you can buy a licence yes, but without marketing, how can you grow? It’s also against the law in the European Union, the law that guarantees liberty of competition, free trade and competition. Other countries are looking at Italy as a bad example right now.

What does this mean for vulnerable players now?

That’s key. Vulnerable players with behaviour risks could end up on illegal sites that don’t care about responsible gaming, that only care about squeezing as much money as they can from the players, so once the advertising for the licenced operators disappears, the only ones that will remain are the .com illegal sites. Many of the players will end up on strange sites, they won’t know who is behind the site and that person won’t care about the player's well being.

How concerning is it that unregulated operators went to the top of Facebook and Google’s advertising rankings for gambling operators in light of the ban?

Is LeoVegas still interested in sitting down to talk with the Italian government? If so, what do you plan to say to them?

Yes, we are working towards meeting them and we are looking forward to meeting with them. We are either going to meet them in Rome or Brussels. We are taking it to the next level and we’re not backing down. Rest assured that we know what is right and we know that we have the law on our side and we know that we have a noble mission, so we will not back down.

When we sit down with them we will say: “Hey, these are the facts, these are the numbers, will you be humble enough to review your law, and make something more sane that actually fights gambling addiction and doesn’t increase it?”

If they don’t want to listen, we will work with the opposition. They already do listen to us, we had great success during the votes when the parliament voted for this decree, the opposition followed our advice and we had deputies sharing our voice and opinion. We do hope that the new government will help sort this out.

What are the chances this ban could be overturned?

Well there is a small chance now, but it’s a very unrealistic chance. We are going to have a vote around the annual budget, I think in September or October. Some operators see this as an opportunity to turn things around, but I don’t think so.

The chances we have are with the European Union and the new government, which are good opportunities. Then you have the problem here that LeoVegas is the only one battling this ban on a European level right now. We took this battle, despite being one of the smallest operators in Italy. What I would love to see is other operators taking the same action and investing the same amount of energy, time and budget as us to conserve a good market and work towards a common goal.

It’s quite a strange thing for me, because this is something that concerns all and should concern other operators, so being passive and being silent in a time of adversity is very strange to me. We are taking the battle for everybody, so its LeoVegas going against this claim, against the government and we are doing this for the good of all the business, not just ourselves. We would really appreciate it if other operators could join us in this struggle.