Gambling Insider has often defended the UK gambling industry against baseless criticism. According to Kompli-Global however, one area gaming companies most certainly deserve criticism is their know your customer (KYC) and anti-money laundering (AML) operations. By contrast, the Gambling Commission, a body often criticised by Gambling Insider, has been praised for its tough stance on KYC and AML failures. 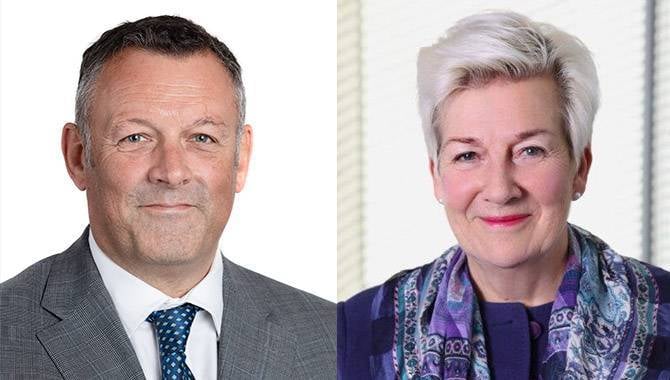 As such, Kompli-Global CEO Jane Jee and CCO Martin Pashley talk us through the key issues facing operators in this important area.

What are the main issues and challenges facing gambling companies when it comes to KYC?

MP: Going back 15 years to the Gambling Act in 2005, online gaming was just entering into the market. The industry was very much in its infancy; it was like the Wild West. Regulations at that point basically said you have to do KYC and operators at that time saw it as a cost and inconvenience. Initially, they just put a tickbox to say people are over 18, before regulators told them they had to verify this.

JJ: We know from various sources there is a lot of money laundered, particularly through the City of London, and gaming is a method by which people do launder money. The gaming industry has the same requirements imposed on it as financial institutions, lawyers, estate agents etc.

In the Economic crime plan recently published by the government, there are very few references to the Gambling Commission. It was the only regulator in this area not criticised. There have been particular criticisms of lawyers and accountants outside the financial sector. But the Gambling Commission has been seen as doing a good job; this perhaps suggests companies are more likely to be fined for AML failures in the gambling sector.

Are the majority of operators on top of things or is this a particularly fraught area for the industry?

MP: I think there’s a level of ignorance from compliance managers, and I mean that in the proper sense of the word. They are ignorant of what they should be doing. Historically, it’s been about “are they over 18?” They should be making sure there’s affordability and that they know the source of funds, that there are no allegations of criminality surrounding those players.

Perhaps it’s a case of education: telling compliance managers what they need to know and how they go about it. There is a level of ignorance by the compliance managers of operators about what they should be doing. But, again, they also see it as an inconvenient cost to be doing this. They are using human resources for this, which increases costs, but there is technology available to help them in this area.

Just how costly are KYC checks to an operator’s bottom line using that human labour?

MP: Well, there is a big cost if you use humans. The average AML analyst in the City of London is £600 a day. That’s a high cost in human terms but, also, what tools do they actually have to help them? If they’re using Google or traditional search engines, that isn’t fit for purpose. There’s technology which uses AI that can seriously help.

JJ: You can’t really make a risk assessment without a human being being involved. But the question is: what is the quality of information available to them for them to make that decision? So it’s not that people are not needed in this process; but they are much more equipped to do a good job and less time is spent when not just using Google. Google only searches about 4% of the internet; you need a much broader search.

How does Kompli-Global help in this area and what’s the process behind its technology?

MP: We have a solution called Kompli-IQ, which is a deep-web search tool. It goes far deeper than any traditional search engine; it’s designed for the job of doing due diligence and AML. It searches for adverse terms and also covers the deep web and government databases, in multiple languages and multiple countries. It reads every article it finds, whereas a human being, by nature, would miss certain things. It does all the heavy lifting and hard work that would take an analyst days, if not weeks, in a couple of minutes.

If technology such as this is adopted widely by the industry, how long before the sector gets on top of KYC and AML?

JJ: That’s an interesting question. A lot of gaming operators are already realising. The Gambling Commission has largely been one of the best regulators in this area. It can probably do more in terms of guidance in use of technology. It would give an impetus if the Commission itself started to recognise the benefits of certain technologies in AML.

MP: The ones who have been fined are suddenly realising. Gaming operators should also be monitoring players on a regular, frequent basis, not just at the point they open an account. How do we educate gaming operators and the industry, other than by the Gambling Commission fining them? That’s probably our biggest challenge.