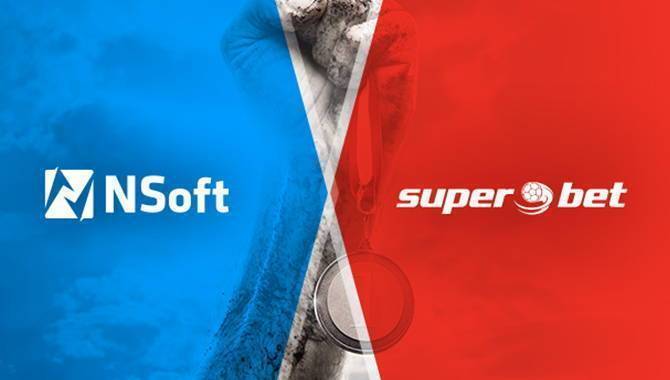 NSoft officially unveiled its groundbreaking SEVEN Platform at ICE Totally Gaming 2016, a solution for fully managing core betting operations. It enables administration and content control on different product delivery channels - retail, terminal, mobile, and web. SEVEN is built with integrations in mind, serving both as a core platform, and as product aggregator to 3rd party platforms.

Continuing full speed ahead, towards conquering online market, NSoft made first big step by making a deal with Romanian SuperBet and launching SEVEN web integration at www.superbet.ro, where Lucky Six and Live Sports Betting can be played and enjoyed in.

Launch was on February 18, 2016 and within only two weeks, the results were, to say the least, impressive. Ticket number is growing exponentially, and there is no indication it will slow down any time soon. Punters enjoy playing NSoftâs games on SuperBetâs web.

NSoft proved its maturity and technical capabilities with such a big project, and will continue to do so when the launch of SEVEN Web in the end of the month with BalkanBet is expected.