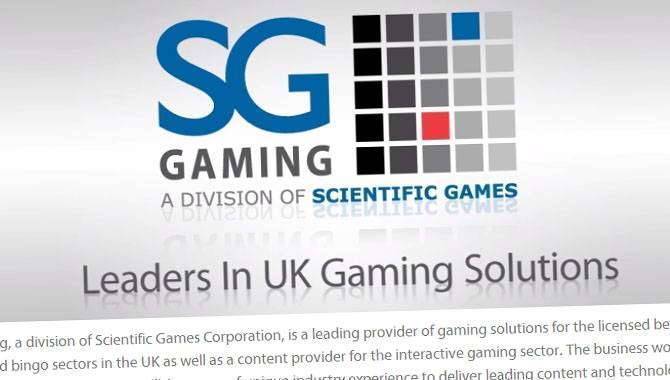 The first, a slot theme called Zeus II, is the first in a line of WMS Gaming titles being made available exclusively to SG Gaming customers in the licensed betting office (LBO), arcade and bingo sectors following the acquisition of WMS by Scientific Games in autumn 2013.

The second, also available across LBO, arcade and bingo sectors, is a new slot title named Road Hog. The game was developed by SG Gaming's in-house content development team known for titles such as Rainbow Riches and Money Mad Martians.

Both games were previewed at the ICE Totally Gaming 2014 trade event in London in early February. SG Gaming began deploying them to customers then but expects the rollout to be completed over the coming months.

"They are innovative and their themes are proving popular with players. Road Hog continues in that vein. It is an exciting slots game and we expect it to be a success.

"Customers and players are seeing the benefits of the acquisition of WMS by our parent company Scientific Games. The combination has allowed us to offer a range of excellent WMS titles exclusively to our customers, enhancing what was already a strong content offering and resulting in a greater variety of game choice for our players."