BBIN made a Perfect Success at 1stG2E Asia @ the Philippines 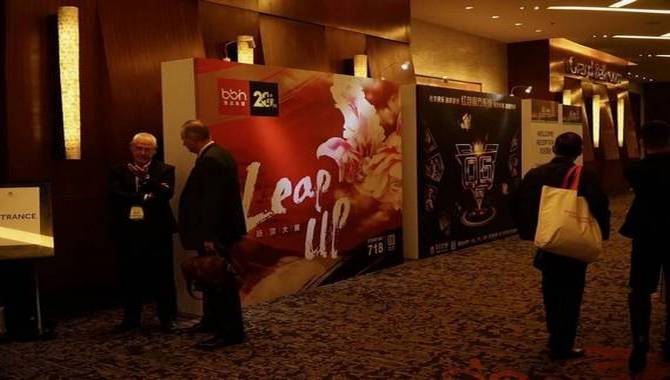 2019 marks the 20th anniversary since BBIN’s establishment in 1999. The Chinese character “躍(leap)” was used as BBIN’s thematic word of the year, conveying the intention to take our partners and clients on leaps beyond imagination. This character was used as the core concept of BBIN’s booth design at ICE London in February this year, successfully drawing attentions from exhibition participants. To celebrate this meaningful year, BBIN has also made a breakthrough by expanding its international exhibition coverage into Southeast Asia. Early December, BBIN attended the 1st G2E Asia @ the Philippines, where “躍(leap)” once again became the spotlight during the 2 day event, writing a perfect chapter for BBIN’s 20th anniversary.

BBIN saw this year's Philippines exhibition as a major annual industry event. Although lasting only two days, from December 3rd to 4th, BBIN adopted an original approach to convey its message to audiences through the exhibition booth design. Petals of the peony, the king of flowers, formed the shape of an eagle with open wings soaring into the sky. This reflects BBIN's strong position and influence in the industry, as well as the company's intention to welcome the next brilliant 20 years alongside its partners.

Leaping into the Extraordinary; Creating Win-wins Together

As a leading iGaming system supplier of Asia, in the year of its 20th anniversary, BBIN focused on presenting its brand image, and the integration of its three major advantages - brand, service and technology to event goers at G2E Asia 2019. BBIN continues on providing its partners competitive system tools to create win-win situations, standing firmly as the top option for a trusted business partner. In G2E Asia @ the Philippines this year, BBIN, with its international partners as well as various major brands from Europe, America and Asia, all came together and presented the newest and competitive services and products to the industry.