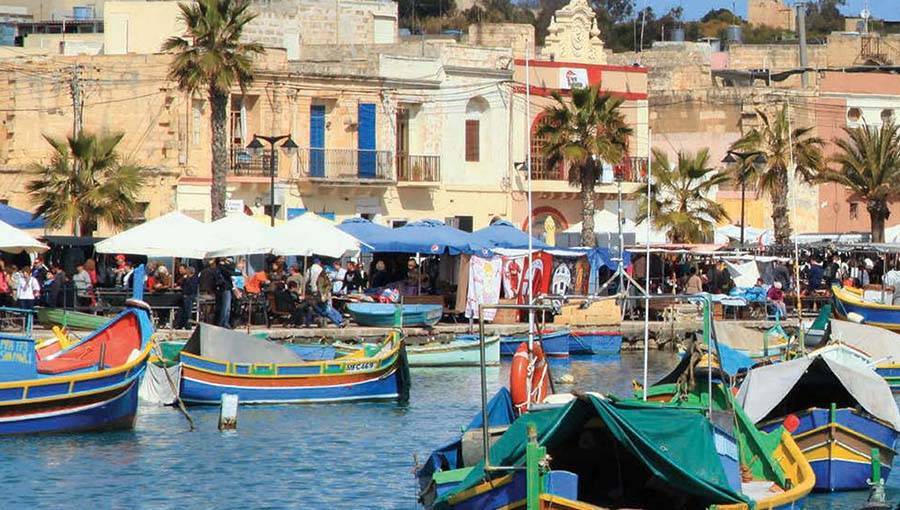 A sector success story
Ed Hawkins profiles the past, present and future of Malta’s journey as an online gaming jurisdiction
By Ed Hawkins

If there is one place that encapsulates the e-gaming revolution and its transformative power it is Malta. Sleepy old Malta which, prior to 2004, was more famous for the naval base your grandad might have served at or a place where your parents would muse about retiring to. It is still both those things but it is also one of the most successful and sought-after online gaming jurisdictions on the planet.

Eleven years ago the eagle-eyed and shrewd Maltese were the first of their European brethren to notice the potential of the industry. And then they did something about it. The dull work came first, such as putting in place the absolutely key legislative framework so as to position Malta as a leading global player in remote gaming regulation. This was the ‘build it and they will come’ moment.

With the regulatory and financial incentives done and dusted, the portfolio of companies setting up their operations in Malta grew quickly. More than 250 remote gaming companies are hosted by the Malta Gaming Authority (MGA) and there are 400 licensees. Now the MGA says the country hosts an industry which directly contributes an incredible 8% of GDP and employs more than 8,000 people.

Central to Malta’s rise has been Dr Jose Herrera. Herrera is a former lawyer and as parliamentary secretary for competitiveness and economic growth, it is fair to say that he is a man worth listening to when he espouses about the whys and wherefores of this remarkable story. “The adoption of the Lotteries and Games Act in 2002, which came into force in 2004, was part of the gaming sector’s reform, paving the way for the privatisation of the National Lottery amongst other public asset privatisations and market reforms in Malta at the time,” he says.

“While the EU is focusing on the digital single market only recently, Malta had sought the diversification of its economy and increased its focus on the services industry further back, as part of the economic reform taking place about 15 years ago. It comes as no surprise that ICT and the digital economy in general – and its various sub-sectors – showed promising potential.

“At the time, remote gaming was a nomadic, unregulated and fast growing economic sector which warranted more than mere economic attention and required regulation due to the risks usually associated with gaming. Some of the bigger pan-European operators of today started in Malta. Malta was the first jurisdiction to introduce the concept of regulation in remote gaming to the point that even today it remains a role model for other jurisdictions to follow.

“Being the first mover in the regulation of online gaming gives a jurisdiction in-depth knowledge not just of the evolution, or rather revolution of the industry, structure, products, culture and the like, but also insight into and knowledge of the performance of the regulatory measures in place – what works and what does not. That is one of the key elements which makes Malta a sought-after jurisdiction. In Malta we have a very sophisticated ecosystem supporting the gaming industry in each facet of its activities. Furthermore, the Malta Gaming Authority (MGA) has proved to be an efficient, proactive and effective regulator, hence the creation of a transparent and robust regulatory environment.”

If that explains why Malta has such a strong hold in the market, is there a danger that it could rest on its laurels? Herrera is adamant that won’t be allowed to happen. “Malta is performing well economically but government is not driven solely by economic targets for this sector, but rather by objectives of gaming policy and innovation,” he says. “Foresight and innovation established Malta in 2004 - we shall strive to keep the innovative spirit alive and well in everything that we do in regulation, design and approach in order to sustain Malta’s leadership in the gaming world.”

To that end Malta’s regulatory framework will soon be entering its “next generation” – a new regulatory framework that is conceptually designed to harbour an industry that is keen to grow within logically and well-thought out, evidence- and risk-based parameters. “I am hoping that by the end of this year, we will have a draft new gaming legislation,” Herrera says.

“This is not to say that risks have remained static or unchanged over the years. Indeed as technology and markets converge, exposure to certain risks shifts and even becomes more complex. Gaming regulation needs to be technology- and game-neutral, but not risk neutral. While the objectives of regulation remain the same – that is to protect consumers and ensure integrity – their attainment and therefore the success of regulation cannot be measured by the degree of compliance of the operator base but by the performance of the measures employed.

“Regulatory and monitoring tools must be sharpened or modified, or even totally replaced, to ensure effectiveness in the business model and jurisdictional context in which they are applied. In fact, the MGA is undergoing a number of reforms in order to enter the next generation of regulation.

“The allegations made by the Italian authorities that led to the arrest in Malta of six persons involved in three gaming companies in July of this year only added to our resolve that regulatory mechanisms and tools have a very short shelf life. Compliance is not sufficient. Measures and evidence of effectiveness are equally important."

“The next generation of gaming regulation Malta has embarked upon will be taking these factors and many others into account. The proposal for the new Gaming Act, expected to be launched by the end of November, is a wide-scoped framework that will empower the responsible minister and the authority to implement tailored measures under one consolidated regime. Our vision is a clear one, aimed at future proofing our laws, opening up to innovation with smart and technology-neutral regulation.”

A commitment to continue an “economic approach to policy”, Herrera argues, is also central to strategy going forward. Most of the economic sectors in Malta have been liberalised and the government has over the years divested itself from many previously state-owned assets like national lottery, airport, banks and telecommunications. The only interests of a commercial nature which the government still holds are in energy and the national carrier Air Malta.

“This liberalisation drive, coupled with the economic policy whereby government takes the role of the legislator, policy maker and regulator, has propelled more growth and economic efficiency,” Herrera says. “In other EU countries, governments still own and operate assets and commercial entities like casinos, national lotteries, telecommunications, shipping lines and energy companies, which may result in potential economic inefficiencies and conflicts of interest, especially in cases where the sectors in question are also regulated. Malta does not follow this model and I believe that investors appreciate this.”

Indeed. The companies that have joined the revolution seem happy. Enrico Bradamante, managing director of NetEnt Malta (supplier of digitally distributed gaming systems) and chief of European market operations, says Malta is superior to other jurisdictions because it has won trust by being at the forefront of the remote gaming industry.

“It has attracted a large part of the European i-gaming industry, so NetEnt has most of its customers in Malta, which makes it important for us to be there,” he says. “Malta is an appealing operating jurisdiction that has a highly skilled workforce. The MGA has buy-in from the government and partners to set up a gaming academy to strengthen its attractiveness to operate on the island.

“However, Malta is not just a superior jurisdiction for its gaming regulations but also due to its tax laws and tax incentives for investors, which have been a major driver for investment in the industry, and the experience of the workforce in the industry – not just individuals being employed but also professionals.

“The gaming industry in Malta continues to receive investment from the government and the private sector that contribute to the infrastructure of physical and economic growth. In addition, Gaming Malta will be created as a unique entity to promote Malta in current and emerging markets. Gaming Malta serves to create access to these types of markets by relying on the regulatory framework to promote strategic growth.”

And he is in no doubt that the Malta government will keep their promise on continuing to strive for improvement and innovation. He says: “We expect the jurisdiction to continue to provide a favourable business environment as well as being attractive to employees and new talent, to enable the continued growth of our company, especially considering the increased competition from other jurisdictions.”

Mario Petraglia, head of legal and compliance at Yggdrasil Gaming, is in agreement. In the next five years he expects Malta to grow again as a jurisdiction. “There have been considerable changes in the European gambling industry and the MGA has always been proactive in supporting its licensees,” he says. “I think in the next few years the MGA will strengthen its collaborations with other national gambling authorities, especially in areas like exchanging information, avoiding duplications of due diligence checks and other requirements, standardising technical certifications, as well as sharing liquidity for networks and jackpot games.

“We are aware that the current regulation is under review and that the MGA is planning to establish one B2B licence and one B2C, to further reduce burden on licensees. From a B2B/Class 4 licensee standpoint we will welcome any change that could make the integration with MGA-licensed B2C operators faster and smoother.” One guaranteed improvement is the launch of the Malta Gaming Academy, with the aim of offering local and foreign students the opportunity to develop the necessary skills for a career in the gaming industry. The plan is to create an independent educational institution as a public private partnership, to provide increased opportunities for local and foreign individuals to enter the industry by offering tailor-made courses in line with the needs of the gaming industry.

The last word, then, to Herrera, who is clear about his vision. “I want Malta to be the ‘Silicon Valley’ of remote gaming,” he says. “This is an achievable ambition and together with the MGA I’m focused on making it happen. Our priority remains to be a thought leader in the gaming space – for both innovative, start-up gaming companies and in our design and approach to regulation. We recognise that our biggest challenge is to remain efficient and effective as we deal with complexity and new emerging risks. We seek to do that through enhanced transparency, increased stakeholder engagement and ultimately decisions that are truly faithful to our gaming policy. That is to free gaming from the perception or actual intrusion of crime and fraud, providing enhanced consumer protection.”