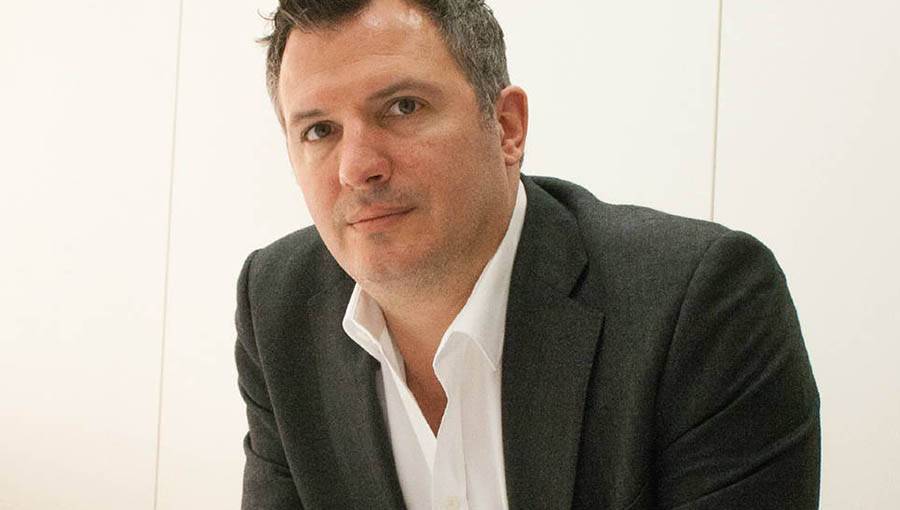 ﻿iBus Media CEO Jon Squires is the man who has taken over from Tony G. as the head of one of online gaming’s best-known affiliates. In an exclusive interview with Gambling Insider, Squires talks about the future of the affiliate industry, expanding PokerNews’ revenues, and following in the business footsteps of one of the most charismatic faces of gambling

Could you offer an overview of your career to date.

I’ve been in advertising and performance-driven media for about 20 years now. Originally my focus was the move from print to online in the early 2000s, then I did my MBA at INSEAD, and came back into the London start-up scene. I spent some time launching my own ventures and a couple of other companies with some great entrepreneurs, one of which, Medikidz, is pretty famous now. Eventually, just after I had exited one of these, I got a phone call to ask if I’d be interested in the iBus role.

What is the story of iBus Media?

Antanas Guoga, best known as [poker player] Tony G, started PokerNews over 12 years ago. It was a typical online affiliate, but he differentiated it by getting some great live coverage, by knowing the industry back to front and by looking at it from a player advocate point of view. There were two or three other large poker affiliates – PokerListings, which was very much SEO and conversion driven, and Poker Strategy, which was a poker school. We were live events, we were for people in the know. It grew and grew, and currently we are in 30 countries with 26 languages published regularly.

You joined as CEO in 2013 after Tony G chose to focus on his political career. Obviously he’s known as a confrontational character at the poker table but how did you find him as a business man?

He’s one of the smartest business men I’ve worked with. That confrontational approach he has at the table, as everybody knows, is part of his style. But what people don’t realise is that he has got a very successful business portfolio in Lithuania. In the Baltics he has the same sort of standing as Richard Branson has in the UK. He’s hugely popular, he’s smart, he’s eloquent. Tony is a typical entrepreneur – everything has potential. I think he’ll probably end up being a very successful politician as well. That fire that he brought to the poker table is being put to good use in the European Parliament. I think this is just the start of a very big public personality.

What’s been your strategy for developing PokerNews since you came in?

When I first came in there was a lot of fat on the bone in the industry, in the sense that making money had been pretty easy during the poker boom. In the industries that I came from it was the opposite – everything was horrendously skinny; you had to pitch 20 companies to get one piece of business. So I bought that rigour to PokerNews. We immediately looked at collecting insight from every single piece of the site. We looked at activity costing, we looked at how we could make this a resilient and sustainable growth business which would be future-proofed against mobile, against things like ad-blockers. Luckily we made those moves in 2013 and 2014 as opposed to 2016.

How much more difficult does PokerStars’ dominance of online poker make things for PokerNews as an affiliate?

Online tends towards a monopoly in general. The monopoly often changes, but I don’t think PokerStars will lose its dominance soon because it’s got such a huge sector footprint. But behind that poker monopoly come a lot of challenger brands: 888, which is strong, and I think GVC will be strong when they get through the acquisition challenges.

But looking at poker affiliates in isolation would be the wrong approach; we need to look at it as i-gaming. You need to be in casino and you need to be in sports betting – bingo and lottery too. It’s the same business model, it’s the same cost base even if the audiences are different.

What sort of opportunities are offered by PokerStars’ entry into the US online market?

Every year there seems to be a golden bullet to save poker, whether it’s mobile, Twitch, the acquisition of Full Tilt, the US opening up. I think the US for Stars will be very good – though it might kill off some second tier brands, if those brands aren’t careful. For PokerNews it could be great, because we love our live events, and tournaments are booming. So if we work on the coverage of the North American Poker Tour, or the WPT steps up its game in the US and gets some marquee events, I think it will be very good for us. We shall extend the PokerNews Cup in to the US this year and we can already see more confidence in our various partners this year, although it will be very interesting to see where the WSOP ends up.

How strong is the online poker affiliate market currently? How do you see the future of the market?

The affiliate market used to be very much content-driven. We would find huge editorial head counts and basic tech. I think that with the fragmentation of the market, the regulation of the market, no more dot com global shared liquidity, it’s going to be more difficult to attract sustainable local player economies. With the saturation of certain brands, it’s ever more challenging to get new people in or to recycle your audience.

I think affiliates need to look at improved ad tech and there needs to be better integration from operators, otherwise it’s going to continue its structural decline. It’s losing maybe 6%-8% at the moment, but with good tech that can be countered. We’re going to be rolling out tech for free to all of the publishers on Online Affiliate World because that is the quickest way to help them increase their revenues.

There is clear crossover. I know there’s some contention about whether poker players are automatically DFS players, but it’s a skill-based odds calculation and has the opportunity to do multiple coverages. My team were passionate about it and still are, especially [iBus Media Chief Creative Officer] Matt Parvis. So it was a natural fit.

To what extent have legal developments in the US forced you to alter your approach to DFS?

We haven’t invested as heavily in it as we would have done otherwise.

How strong do you think DFS might become in Europe?

We’ve spoken to a few people over here and I think the popularity is dependent upon the marketing level and how they get into the office leagues. I don’t know how much of it will be the Sunday afternoon guys. I think with a lot of Fantasy Football at the moment – The Sun, and all of the white label guys, they see a huge sign-up at the beginning of the season but as soon as the breakaway leaders start dominating leagues there is up to 60%-80% drop off in participation. If DFS can cleverly capture that initial excitement on a regular basis it will be a success.

You mention the poker audience being more educated – does that make it harder to turn them into a real-money sign-up, because they’re more switched on to the affiliate model, compared to a casino player?

Yes in that casino visitors (online) are obviously more impulsive, but poker players are very loyal, as you can see by the recent anger at changes to their favourite rakes or favourite VIP stores.

What are the biggest challenges and opportunities facing iBus Media in the coming years?

The biggest challenge we face going forward is making sure we have the right people in the right positions. We’ve got an amazing team at the moment. I’m always scared about adding somebody to that team because if we hired someone incompatible, it would take a long time to get back to the great environment we have now. But in this industry’s it’s very difficult to find specific skill sets, so we’re having to recruit from outside. We’re always looking for the best talent, but isn’t everybody?