Vietnam: A step in the right direction? 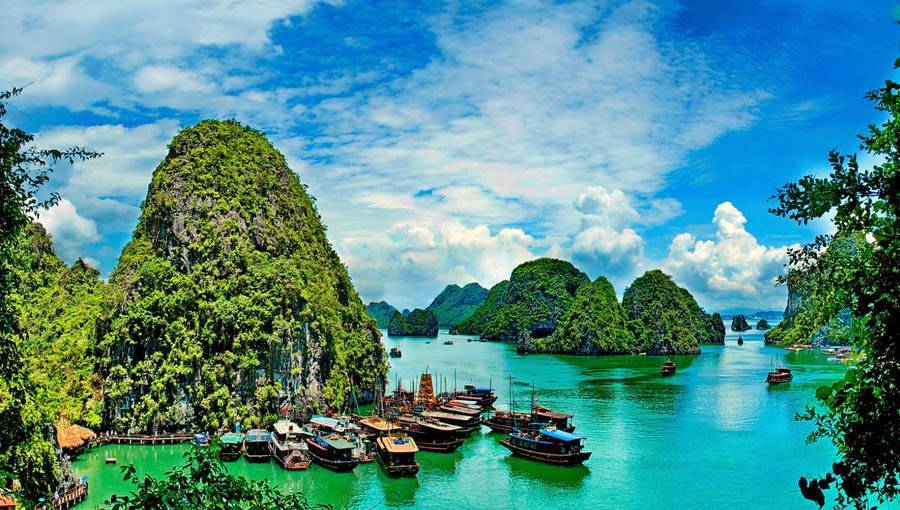 ﻿The Vietnamese government’s decision to run a three-year pilot gambling programme is music to the ears of locals all over the region, but will this movement be enough to legitimise and control a widespread underground activity?

A year ago, the Asian gaming landscape appeared bleak. Macau was enjoying another year of steady decline, even after Melco Crown Galaxy Entertainment devoted $5bn in new resorts, whilst South Korea had more licenses available than qualified bidders. There were so few attractive opportunities in the region that Asian companies were looking at Europe as an alternative.

The case in Vietnam was not much different: the region has long barred locals from gambling of any form apart from the state lottery and historically allowed only a few foreigner-only casinos. However, the law is widely ignored by locals, especially in the run-up to major sporting events. Anyone found to be in violation of the law is subject to steep fines and/or a severe prison sentence. However, due to these overly stringent restrictions, there are many forms of illegal gambling thriving in Vietnam. Similar to the neighbouring countries, international and local betting websites are easy to access and local authorities do not try to block them.

Earlier this year, the Vietnamese government moved to bring a booming black market industry above board. Punters in gambling-mad Vietnam can finally place wagers on international football matches and both horse and greyhound races, provided they are over the age of 21. The new legislation states that “the matches and tournaments for international football betting must be recognised by FIFA”, where only eligible enterprises will be granted licenses to provide these betting services. However, punters will only be able to place bets to a maximum value of one million dong ($44) per match. In addition, betting will be restricted to state-approved bookmakers which cannot be located within 500 metres of a school or children’s park.

Nonetheless, the nation is only dipping its toes in the water. The ban lift is only temporary, with the government running the test pilot program for only three years. This cautious approach is a tentative step in the right direction for a nation that once deemed gambling as one of the three “social evils” alongside drugs and prostitution. The move to ease Vietnam’s strict betting and casino bans come after years of debating whether to legalise gambling and allow the government to collect millions in potential tax revenue.

The government's re-evaluation of the gambling industry has been a long time coming. Years ago there were worries that if visiting casinos remained prohibited in Vietnam, then the Vietnamese would go abroad to gamble, taking their dollars away with them and out of the country’s economic framework. The amount of money Vietnamese gamblers take abroad every year to Hong Kong, Cambodia and Singapore is estimated in hundreds of millions of dollars, with some experts putting this sum at up to $1bn.

The three-year pilot programme will also allow Vietnamese locals to gamble at two select casinos, the first in Van Don and the other on Phu Quoc Island, with a third location in Ho Tram expected to be added to the list. The nation’s other casino and slot parlours will continue to be for the use of foreign passport holders only. By 2020, the projected number of tourists visiting Van Don is approximately 1.7 million, including 900,000 international visitors.

Similar to rules governing gambling in Singapore, Vietnamese residents must pay to enter the casinos – about VND 1m per day or 25m dong per month. With average incomes under VND 4m per-month, the fee is expected to act as a barrier to many everyday Vietnamese. Speaking on the new legislation, Shaun McCamley, Partner at Global Market Advisors LLC Head Asia Operations states: “Given the remote locations selected for this trial, both venues will face significant challenges from an operational and revenue creation viewpoint, and will not in my opinion have any real impact on this trial.”

Whether or not these two remote casinos will truly have a massive economic impact on the city is still up for debate. Moreover, it will be interesting to note whether or not the government’s pilot programme will have knock-on effects for any of the other neighbouring countries.

Bavet is home to one of Cambodia’s casino and gambling hubs, and it’s a hit with the Vietnamese. Locals have nicknamed the Cambodian border town “casino city”; however this hot-spot’s luck may have just run out. Ros Phirun, Deputy Director of the Finance Industry department at the Ministry of Economy and Finance, told This Week in Asia that the new legislation “will impact us for sure. Our existing casino policies have focused on developing the rural areas. With Vietnam legalising gambling for its citizens, of course it means not so many will come here.” Conversely, McCamley argues that there will be “no impact whatsoever. The Vietnamese who currently play in Phnom Phen are considered local because they live and work in Cambodia. Very few Vietnamese make the journey to simply play at Naga, so allowing locals to play in the selected casinos in the pilot program won’t have any effect. The border casinos that do attract players from Vietnam are very low end; this group will continue to play in places like Bavet because they like the style of play these casinos offer.”

Ben Lee, Managing Partner at IGamiX Management & Consulting Ltd, affirms McCamley’s point that the pilot programme won’t affect Cambodia that much. However, he claims: “The jurisdictions that may be impacted - albeit in a very small and probably insignificant way - is Singapore and Macau, where the super-wealthy Vietnamese go to play. They will no longer have to wait to get visas to Macau, or to try and arrange for funds to be transferred or carried to Singapore as they will be able to play domestically.”

Although the government’s trial period only allows Vietnamese citizens to gamble in the two allocated casinos, billionaire Trinh Van Quyet has joined a growing number of foreign and local investors aiming to cash in on Vietnam’s decision to allow locals to roll the dice in casinos for the first time. FLC Faros Van Don, a unit of FLC Group co-founded by Van Quyet, received permission from the northern provincial government of Quang Ninh to invest approximately $2bn in a casino resort. The 10,000 acre development will include a five-star hotel, convention centre and golf course in the Van Don Special Zone on the island of Ngoc Vung and Van Canh. Although the company has stated it hopes the complex will attract a vast amount of tourists, it’s open to the possibility of domestic gamblers.

Quyet is not the only one to hop on the band-wagon. Las Vegas Sands Corporation has been the most visible and vocal major gaming developer maintaining an interest in developing a new integrated casino resort for Vietnam. “Our desire to invest and develop an integrated resort in Ho Chi Minh and/or Hanoi remains unchanged,” George Tanasijevich, Global Development Managing Director for Las Vegas Sands Corporation and Chief Executive Officer and President for its Marina Bay Sands property, told the Vietnam Economic Times: “We view Vietnam as a market that has a huge upside for business and leisure tourism and we believe that our meetings, incentives, conventions and exhibitions-focused business model would be very successful if situated in the right location.” Whilst the company also has properties in Macau and Singapore, Tanasijevich asserts: “It is our plan to develop a similar business model but with features and programming tailored for Vietnam if we are given the opportunity.”

With all this interest from local and foreign investors, many question why Vietnam has not looked into legalising gambling before. Clearly the economic incentive is there, yet even the test pilot programme is quite limited in its scope. Lee explains that Vietnam “may have missed some opportunity to retain local revenue and to attract new foreign business; however one must recognise their concerns in letting this particular genie out of the bottle.” The government’s hesitation is clear in the selected locations for the two casinos, being in two of the most remote zones in the country. McCamley adds that Vietnam would have a “huge potential market if gambling were to be legalised in Saigon, but not in the locations that have been identified”. Due to the country’s historically mixed opinion of gambling, “it is for this reason that the government has chosen remote underdeveloped locations for the pilot scheme. It also hopes to attract foreign investment to these and other remote locations, in the hopes that incoming investors will pay for badly needed infrastructure, like roads, water and power,” McCamley affirms. Lee reiterates: “They took care in ensuring that their future model will attract development in the right geographic areas and address social concerns at the same time. Gaming in Asia has to be carefully thought through when viewed through local cultural prisms.”

Although the country's gaming environment is still in its infancy, it is moving in the right direction. For a nation that once viewed gambling as a “social evil”, it’s safe to say that progress is being made. Nonetheless, McCamley doesn’t see anything happening too quickly: “It’s going to be a slow burner as the casino business is not popular with senior government departments.” Although Vietnam is a long way off its own sunrise industry, McCamley’s take is to “watch this space, at this point the tap has been turned on but it’s a drip feed only.