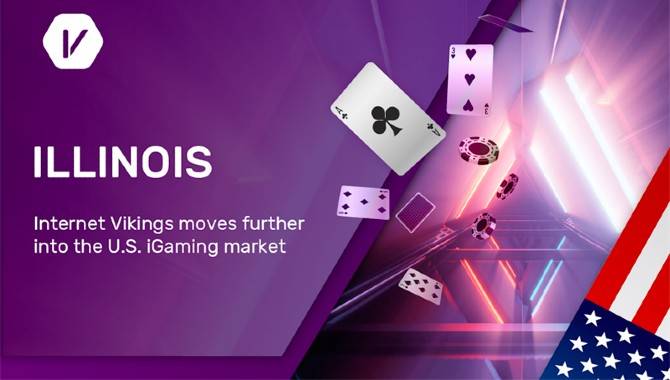 Internet Vikings has moved further into the US iGaming market by commencing operations in the state of Illinois.

It is one of 18 compliant US states in which the Swedish iGaming hosting company has begun to offer its services. The group began its expansion into the US in July last year.

Illinois has the fifth-biggest GDP in the US, as well as the sixth-largest population for a state, Internet Vikings noted.

“Though a latecomer to the party, it is rapidly picking up its pace as it looks to open up to various forms of online gaming, having begun with online sports betting in 2019,” a statement from the company read. “Seeing the radical success of online betting in the Garden State in the short time since it was legalised, it has spiked a big move towards full regulation in Illinois.”

While “real-money” online casinos are not legal yet, social gambling sites are common, with iGaming service providers such as Internet Vikings not required to hold a licence. Providers must, however, have a client to work with in the state, with Internet Vikings noting that it already has two.

“As a business we are both proud and very eager to see how rapidly we are keeping up our rate of expansion in the United States,” said Elena Kvakova, Head of US Expansion at Internet Vikings. “We have no intention of slowing our pace until we have secured a base in all of the 21 states where iGaming has been legalised.”

Internet Vikings, in keeping with its decisive and strategic development, plans to expand its operations into all states where iGaming is legal this year. Kvakova added that when selecting which states to prioritise, the company follows trends and keeps up with client needs and expectations.