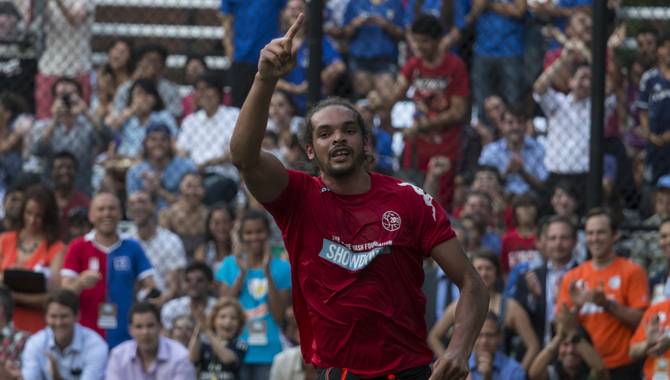 Noah, who spent nine seasons with the Chicago Bulls, will provide exclusive content for BetRivers. This will include weekly videos on basketball reactions and commentary on his life and charitable efforts.

He will be visible throughout various media outlets and at multiple BetRivers locations, conducting interviews and creating videos for fans. Noah will also be featured in a marketing campaign from the company that will feature television, radio, and billboard ads.

“We are thrilled to have a former Chicago Bull join our BetRivers family,” said Richard Schwartz, CEO of RSI, which operates BetRivers.com and PlaySugarHouse.com.

“Joakim Noah will bring his love, passion, and knowledge of basketball to help create a more engaging betting experience for our players.”

With his mother, the NBA legend formed Noah's Arc Foundation in 2010, a charity that uses sports and arts to provide children with the opportunity to create positive change within themselves and their community.

In addition to his following in Chicago, Noah also has a huge fan base in Florida, having played for the Florida Gators and winning the NCAA championships in 2006 and 2007.

Noah commented: “Joining with BetRivers to create content for Chicago and beyond is a great way to connect with fans and to spread the word about Noah's Arc Foundation and the positive impact we can have on the city's youth.

“I look forward to joining the team to enhance the betting experience while sharing my passion for basketball.”