Premier League clubs may be forced to drop gambling companies as their shirt sponsors according to a report from BBC Sport. 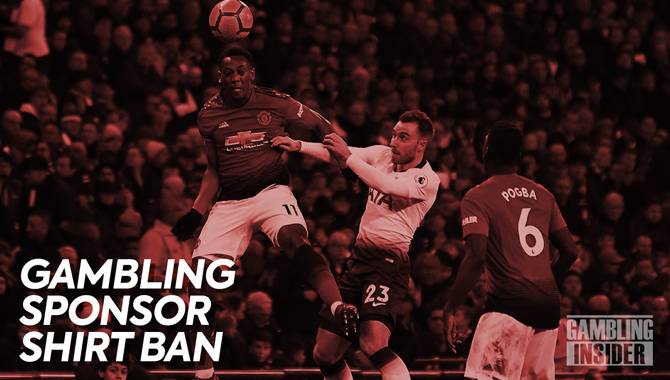 With the conclusion of the English football season, BBC Sport claimed to have been told by unnamed sources that a draft white paper on gambling reform may bar clubs from retaining gambling brands as their main shirt sponsors.

This white paper has been in the works for some time now, but despite delays, is expected to be published in the near future.

Among other areas of reform, gambling firms will likely see their relationships with football clubs affected, especially if BBC Sport’s recent update is true.

Half of the Premier League’s 20 teams have betting brands on their shirts, and the sponsorships represent a considerable source of revenue.

But a ban has received support from campaigners and was recommended by a House of Lords select committee in 2020.

This committee called for Premier League sides to face a shirt sponsorship ban, but added that clubs in the Championship and below should be given time to phase out their betting sponsorships.

The Times similarly reported that a shirt ban was in the offing, remarking that ministers “hope to reach agreement with Premier League football clubs in the next fortnight to remove gambling companies from their shirts.”

If they do not agree, the government will introduce a ban on gambling firms acting as shirt sponsors, said The Times, but added that clubs in the Championship and below would be exempt.

However, delays in the white paper’s publication may mean that clubs have already begun negotiating new contracts for the next season.

The Premier League has previously supported a “self-regulatory approach,” that it claims would provide “a practical and flexible alternative to legislation or outright prohibition.”