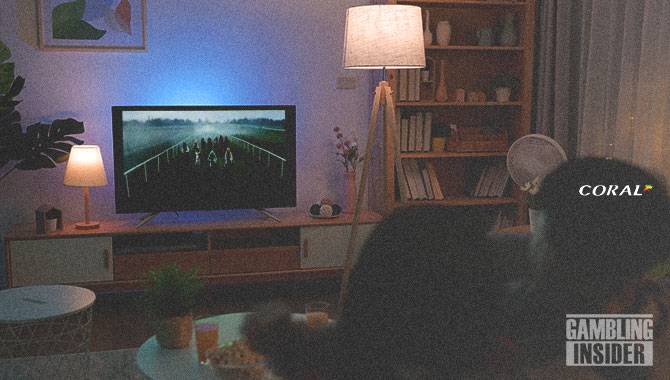 It has subsequently ordered the betting operator that its ad ‘must not appear again in any form complained of.’

The two challenges the ASA upheld were because of complaints the ad broke the code by ‘condoning or encouraging gambling behaviour that was socially irresponsible or could lead to financial, social or emotional harm.’

The commercial showed a tense horse race on a misty day and excited fans watching on, with a voice over saying, “Exciting, isn’t it? When your horse wins by a nose. But if that’s exciting, how about three furlongs ago? Look, look, any horse could win. How about now when your horse is under starters orders? How long have you waited for those gates to crash open? But that’s nothing. What about earlier still? Your horse is the only horse that matters. Coral. Get closer to the action.”

In its assessment, the ASA described why it had upheld the complaints against the ad, stating: ‘The ASA acknowledged that the ad did not depict, or explicitly refer to, betting. However, throughout the ad, Coral banners could be seen around the track and in the crowd, each horse had “CORAL” written on its saddle cloth, and the ad ended by referencing Coral in the voice-over and in large on-screen text.'

'We considered viewers would therefore interpret the ad in the context that it promoted gambling on horseracing with Coral.’

Coral responded in the report by saying: ‘Our intention with the ad was to capture the trackside excitement and crowd atmosphere at popular horseracing events. We wanted it to appeal to an adult audience of horse racing fans and had designed the visuals and dramatic soundtrack to evoke a cinematic feel.'

'We believed a strong sense of anticipation before races was an inherent feature of horseracing, and that replicating that aspect of spectators’ experience was not suggestive of problem gambling, especially because feelings of excitement were a normal reaction to the build-up of large sporting events.’