GeoComply has undertaken an analysis of geolocation volumes in and around NFL stadiums, which revealed that live events are natural meeting points for US sports fans who want to wager. 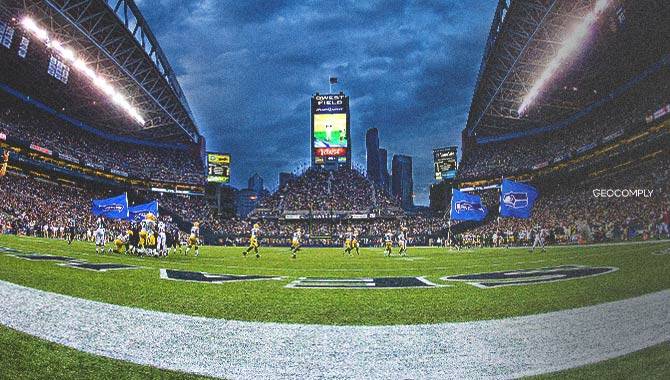 GeoComply has undertaken an analysis of geolocation volumes in and around NFL stadiums, which revealed that live events are natural meeting points for US sports fans who want to wager.

Over 66,000 geolocation checks were made as part of the study, which tracked 7,300 betting accounts at State Farm Stadium during a match between the Arizona Cardinals and the Kansas City Chiefs on 11 September 2022.

Arizona’s State Farm Stadium is due to host Super Bowl LVII in February and has recently seen some of the most betting transaction volumes coming from NFL stadiums.

GeoComply has already anticipated a “betting bonanza” at the next Super Bowl, with Arizona the first regulated sports betting state to host the Super Bowl since PASPA was overturned in 2018.

GeoComply CEO Anna Sainsbury said: “Seeing data from many of these games that shows more than 10% of NFL fans in stadiums are engaging with licensed sportsbooks is a clear win for states that choose to regulate sports betting. This wealth of data is so important for lawmakers and sports leagues to determine sports betting policies in their states and at their stadiums.”

During the first two weeks of the NFL season, opening games were played in the regulated sports betting states of Arizona, Colorado, Illinois, Louisiana, Michigan, New Jersey, Pennsylvania and Tennessee.

In terms of sports betting, GeoComply says the Philadelphia Eagles’ Lincoln Financial Field stadium saw the busiest sports betting action during the first two weeks of the new NFL season. A supposed 76,400 sportsbook interactions were recorded at the stadium over this time.