Française des Jeux (FDJ) has unveiled new sporting facilities in Montargis as part of an initiative to support grassroots sport in France. 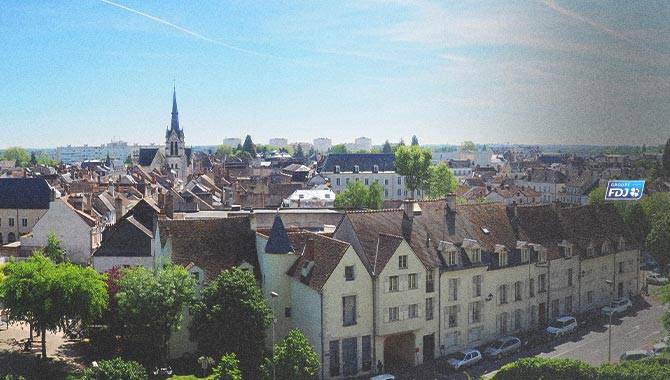 Française des Jeux (FDJ) has unveiled new sporting facilities in Montargis as part of an initiative to support grassroots sport in France.

‘Gaining Ground’ is designed to encourage citizens to get involved in sports, offering funding for new facilities and equipment.

The scheme was launched in May and represents a partnership between FDJ, France’s National Sports Agency and Paris 2024, an organisation for the upcoming Summer Olympic Games.

To this end, FDJ and its partners through Gaining Ground intend to support around 50 communities by 2024, and have already done so in Tremblay-en-France.

Gaining Ground has now added a second beneficiary; Montargis, a commune located in the department of Loiret.

Montargis has received an athletics track with a solar chronometer and a multi-activity podium, as well as so-called “active design elements.”

A QR code can be found on each piece of equipment, offering a link to education videos presented by Sarah Ourahmoune, a former French boxer and Olympic silver medallist.

The new facilities were inaugurated at a special ceremony in Montargis, attended by Mayor Benoit Digeon and Laure Demeure, Manager of FDJ’s Loiret and Eure-et-Loir office.

This comes after FDJ, alongside French heritage organisation Fondation du Patrimoine, made a €1.26m ($1.23m) donation to YMCA Paris for a planned restoration project.

And in other news, FDJ recently entered negotiations to acquire Zeturf Group in a bid to expand into new verticals, chiefly horse race betting.