While Bally’s Las Vegas continues to rebrand into the Horseshoe Last Vegas, its Arcade has opened for the public. 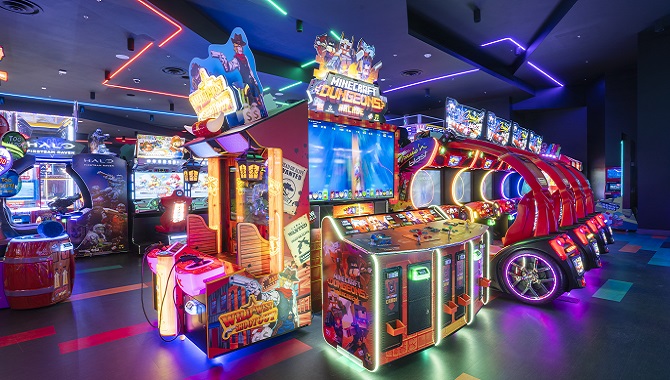 The 7,000-square-foot location features over 80 supersized games such as Skee-Ball, air hockey, Rock the Rim and a claw machine, Big One Extreme, as well as a range of virtual reality games like “King Kong” and “Mission Impossible.”

Guests can enjoy the games via The Arcade's cashless currency based on re-loadable cards. These cards can be funded using a credit card or cash; instead of tickets, points are accumulated on the cards to redeem larger prizes.

Jason Gregorec, SVP and General Manager of the property, commented: "We aim to entertain, and The Arcade captivates guests with its larger-than-life games and electric atmosphere. The opening of The Arcade brings additional excitement to the property as it transforms into Horseshoe Las Vegas."

The venue will also feature an enhanced bar that will be opening in the coming weeks and will serve a selection of bottled and draft beer, cocktails and wine.

While this location is undergoing a full rebranding process, Bally’s has been working on completing the acquisition of Tropicana Las Vegas from Penn Entertainment and Gaming and Leisure Properties, in a deal worth $148m.

The purchase agreement, which was initially signed in April 2021 and was finalised in September 2022, included the “non-land assets” and a land lease with an initial term of 50 years for $10.5m per year.