Genius Sports has taken a trip down under, becoming the official data partner of Australia’s top-flight male and female football leagues. 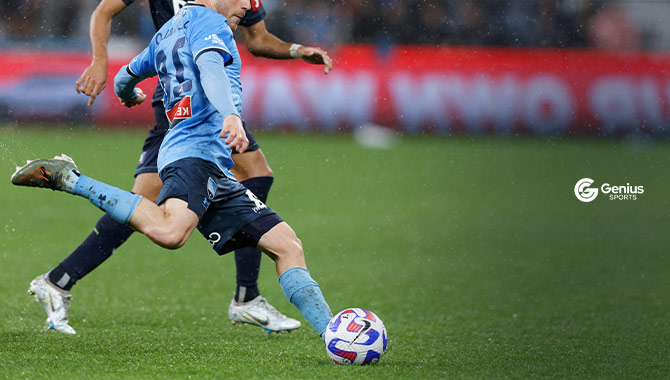 As the 2022-23 season of the Isuzu UTE A-League Men (ALM) gets underway, and ahead of the Liberty A-League Women’s (ALW) upcoming campaign, Genius has forged a new data and integrity partnership.

Genius has been granted the exclusive right to capture and distribute official data from all A-League matches.

This will complement the company’s existing sports data offer, which covers multiple leagues around the world, such as the NFL and English Premier League.

“We’re thrilled to be partnering with the A-Leagues at this critical stage of its global expansion, connecting Australian soccer with millions of fans around the world as their exclusive official data partner.”

More broadly, this agreement is part of a “wide-ranging new partnership” with the Australian Professional Leagues (APL).

Michael Tange, Director of Strategy and Digital for APL, said: “Genius are global leaders in data and integrity services, and we are delighted to be building this partnership with them.