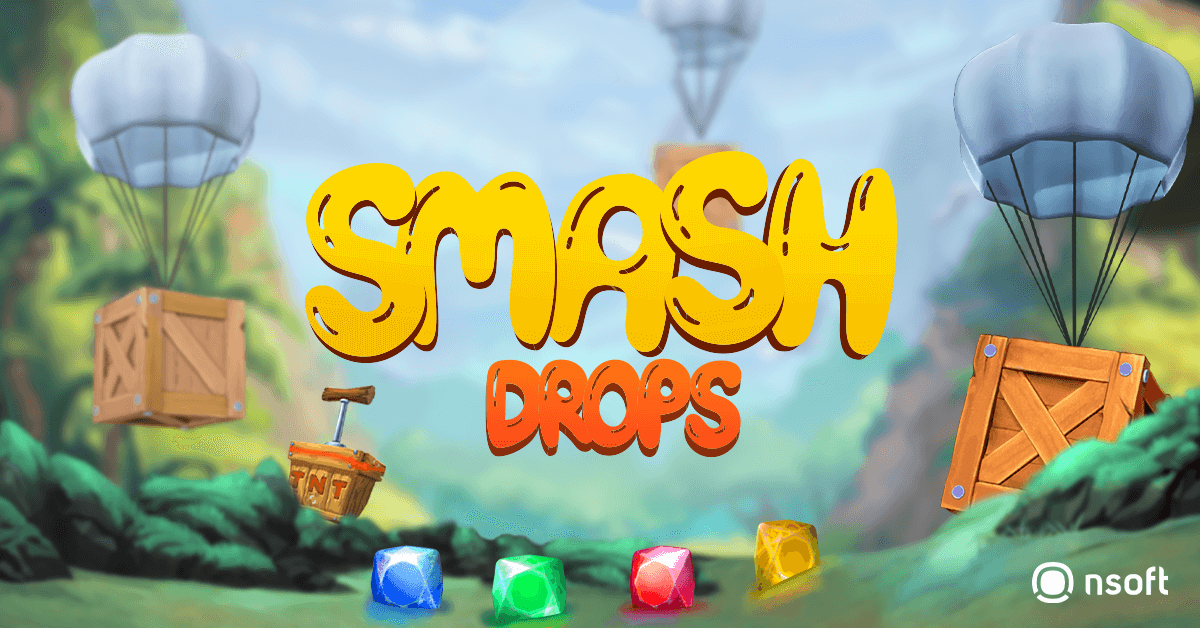 NSoft`s new game in the pipeline, Smash Drops, is an advanced solution on the market with totally new mechanics called PrizeDrop™.

In the Smash Drops game, the prizes fall from the sky - quite litteraly. The player`s task is to catch as many falling crates as possible, but be careful. Crates contain different prizes - from money, multipliers and gems, but it also can be a trap. Time is of the essence in this game since the player can extend the time by winning a time freeze but can also lose time if it picks a time trap. Another option for the player to extend the timing is to win a time shield to protect the timeline from time traps.

The winnings are calculated according to the given paytable. 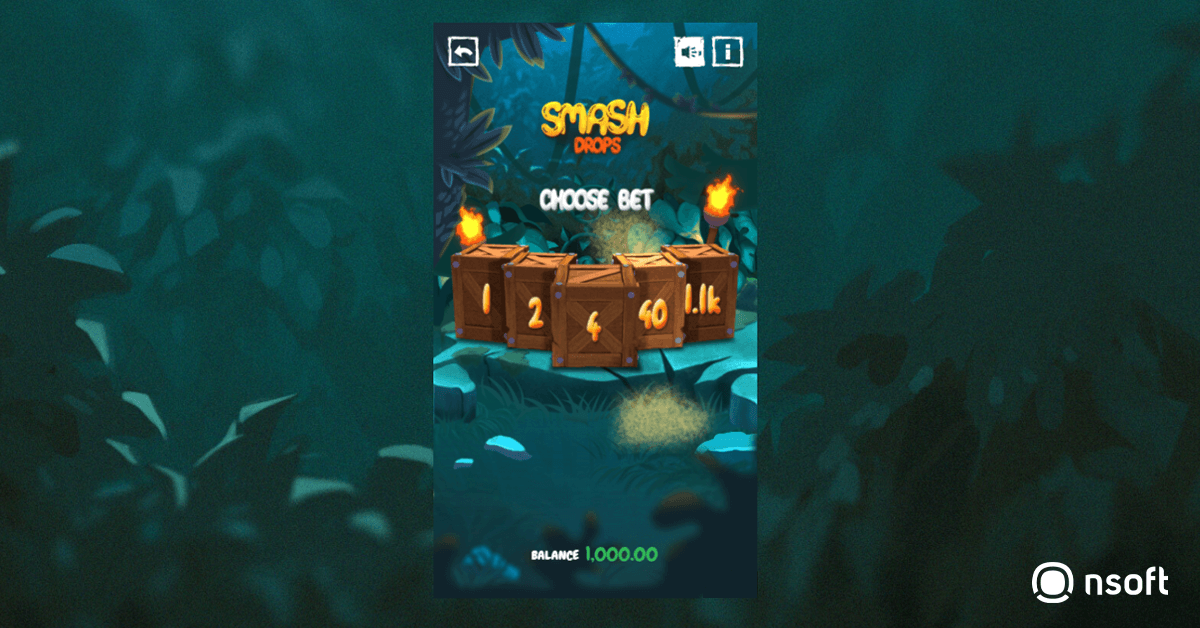 Players have to be lucky and skilled

Smash Drops is a combination of luck and skill. When a round starts, two boxes per second are dropped, and players can choose whether they want to crash the box or not. A player would get all prizes collected during the round.

There are a few types of prizes: 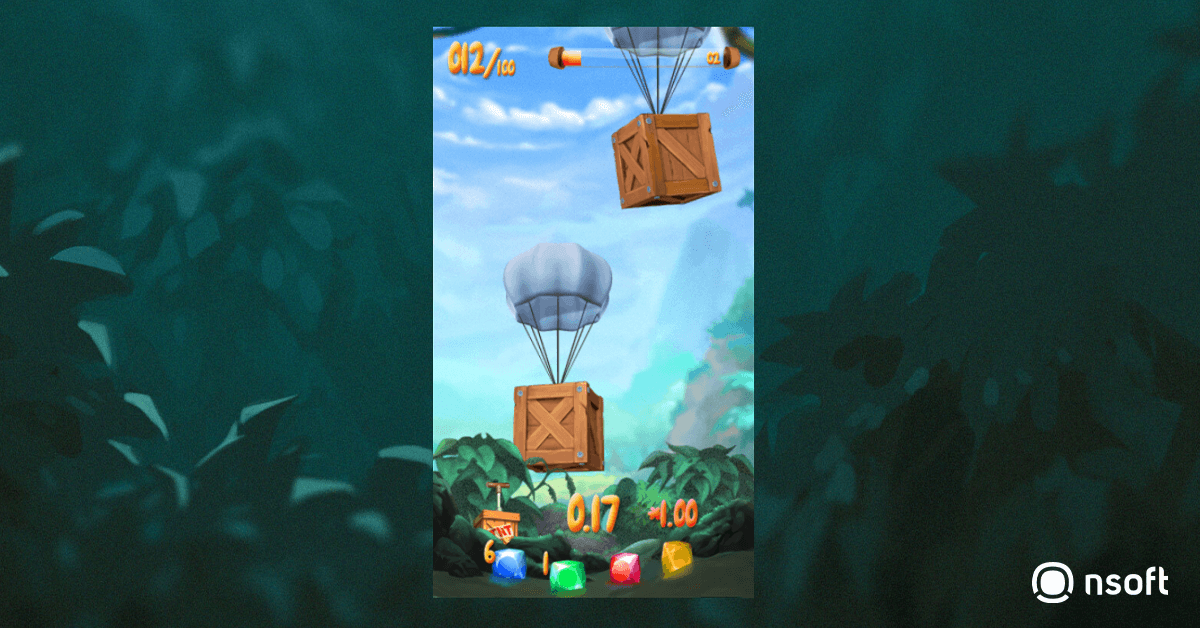 What is in the background?

This game is built using advanced animations, ambient music, and rich sound effects with the latest WebGL technology. Given the technology is supported on most modern devices, the same gameplay experience is guaranteed on all devices. We have built this game with simplicity, so onboarding new players is a breeze.
A simple onboarding screen is created that explains the game in three simple steps: choose a bet, smash crates and collect prizes. 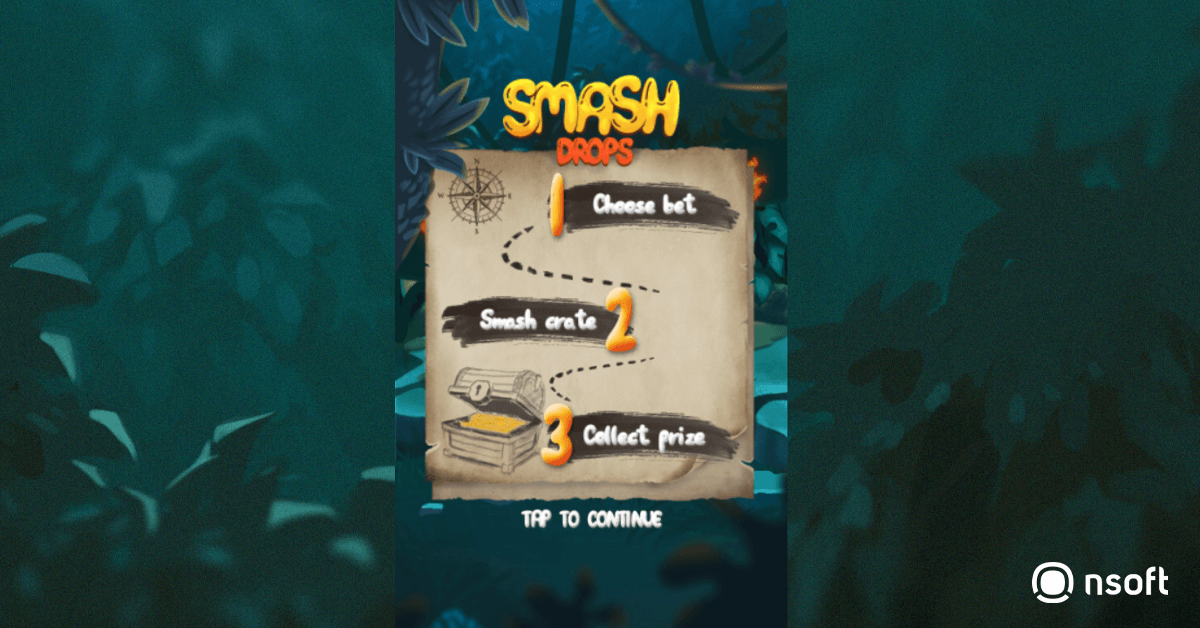 Smash Drops is influenced by immersive mobile games, which will attract a younger audience accustomed to this kind of gameplay.