Supplier Digitain has signed an agreement with fellow provider Gaming Corps, to add its casino game content to the Digitain partner network. 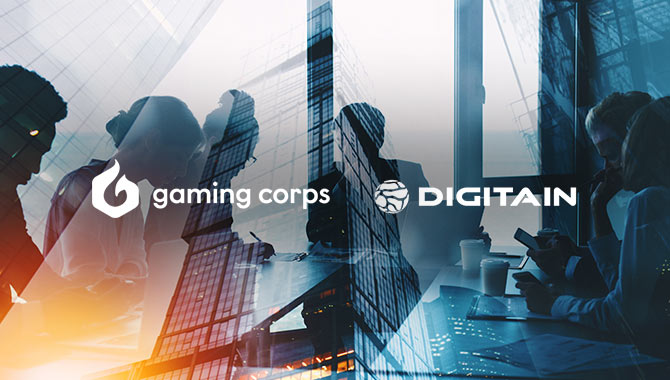 Ashot Sahakyan, International Relations Director at Digitain, commented: “We’re delighted to welcome Gaming Corps to the Digitain platform. They are a highly creative and innovative studio with an exciting and engaging portfolio of games.

"I’m confident that Gaming Corps’ comprehensive range of casino games will be hugely popular with our partners and their players.”

Gaming Corps CCO Mats Lundin added: “Partnering with a company that has the pedigree and reach that Digitain offers is another big step forward in our journey. Gaming Corps is certainly in a growth phase with the diversity of our portfolio being a driving factor in our commercial success.

"We see an exciting future with this partnership and my thanks to the Digitain team for their support in making this happen.”

Headquartered in Sweden and founded in 2014, Gaming Corps is a game development company that has studios in Malta and Ukraine, where it develops content for the gaming and iGaming industries.

The group received a licence for the development and distribution of casino games from Gaming Corps Malta, in February 2020.

Earlier this year, in October, Gaming Corps was awarded a licence by the Gibraltar Betting and Gaming Association, which allows the group offers its games via Relax Gaming.

Back in August, Hub88 and Gaming Corps announced a distribution deal, which saw Gaming Corps’ games be distributed via the aggregator’s platform.

Gambling Insider was in attendance in Nice as Ballon d’Or and Champions League-winning ex-footballer Luís Figo signed an agreement with sportsbook and iGaming supplier Digitain back in July.