Valve's illegal skin betting issues analysed: Where do we go from here? 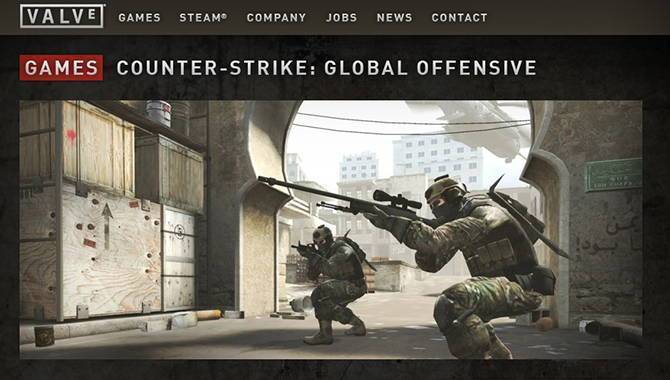 in September, Gambling Insider did a print feature on the concept of skin gambling, recounting the recent controversy surrounding this new trend in i-gaming. Since then, Washington State Gambling Commission has firmly demanded a statement from gaming company Valve to elucidate its involvement with allegedly illicit third-party gambling websites by October 14.

CS:GO gambling websites, although questionably criminal, have already exchanged over $1bn in wagers in seven months. Extremely unimpressed by Valve’s inaction, the Gambling Commission warned that the company must prohibit the exchange of virtual weapons for unlawful gambling purposes.

Upon the missed deadline, Director of WSGC David Trujillo stated: “I am disappointed that Valve Corporation missed Friday’s deadline, but encouraged that they have committed to responding today. I look forward to reviewing their response in detail.”

When Valve responded to the Gambling Commission, the company rebuffed all accusations by strongly refusing any involvement with the gambling websites that took advantage of the company’s Steam platform: "As we have explained on multiple occasions, Valve is not engaged in gambling or the promotion of gambling, and we do not 'facilitate gambling'".

The company questioned the lack of “factual or legal support for these accusations”, clearly expressing their surprise and disappointment that the Gambling Commission decided to pursue the issue publicly.

Jeff Ifrah, Attorney and Founding member at Ifrah Law, speaking on the Valve’s response to the gambling commission says, “Luckily, Valve acted quickly to enforce their terms of service and quash the skin gambling sites that were taking advantage of their open API on Steam. The result was as expected – skin gambling has all but ceased in the United States.”

Indeed, Valve has already distributed 23 of cease-and-desist letters to criminal websites that were taking advantages of Steam’s services, but the company has strongly argued that those services themselves to not transgress any state laws.

Valve has made it clear that they have no intention of enforcing limitations and restrictions that are not already in place on the Steam platform, including the OpenID API which “allows a Steam customer to identify himself on a third-party website by association with his steam account, without having to give his Steam credentials to the third party site”. Valve maintains that its “in-game items, Steam trading, and OpenID have substantial benefits for steam customers and Steam game-making partners. We do not believe that it is the Commission’s intention, nor is it within the Commission’s authority to turn off lawful commercial and communication services that are not directed to gambling in Washington”.

Ifrah upholds that Valve are indeed under no obligation to terminate any of their services: “Valve is already doing what it can to stop illegal gambling by terminating accounts involved with skin betting. Valve’s letter to WSGC alludes to the only other option: shutting down Steam completely. But, as Valve correctly notes, there is no reason for them to shut down their perfectly legal Steam community.”

Bryce Blum, Founding Partner at IME Law, has a different view, stating that despite Valve’s efforts, it will be expected to do more: “It seems clear that the Commission expects Valve to do more than it has already done to date to stop, in the Commission’s words, facilitating illegal gambling. That being said, there is a broad range of actions possible and Washington law doesn’t explicitly tackle the problem of betting occurring on third party sites while making use of an Open API, or really anything close. We’re charting new legal territory here, with the potential to impact the evolution of gambling, gaming, and esports.”

Valve further states that it would be happy to work with the Commission to identify offending Steam accounts, or “bots”, linked to illegal gambling websites, and challenged the gambling Commission to clarify the illegal accusations made against Valve themselves.

However, Ifrah comments that the Washington State Gambling Commission’s position on the matter is more perplexing: “WSGC seems to think that Valve can control every person who comes into contact with their products, but this is not the case. Demanding a company stop producing a legitimate product simply because some consumers use the product illicitly would be a massive overreach. After deftly managing public and legal scrutiny over the past few months, Valve has to draw a line somewhere.

“This action by WSGC forces Valve to take on educating regulators and lawmakers about what online gaming products are and what the developers can – and cannot – do. Valve will stay in the limelight for a bit longer, but their ability to both respond to legitimate critiques and stand up for their product will pave the way for esports regulation in the future.”

Yet Blum acknowledges that WSGC still has the legal power to take serious action against Valve if they do not act with caution: “There are a number of options on the table for Valve, including but not limited to aggressively pursuing third parties that violate the Steam API terms of use, amending those terms to explicitly preclude using the API for a gambling site, or shutting down the Open API altogether.

“Obviously Valve has business interests compelling them to proceed cautiously, but the Commission has significant authority in this area that could force Valve’s hand. As noted in the actual letter sent the Commission sent to Valve, the Commission’s actions could include ‘seizure and forfeiture of any property related to illegal gambling activities; forfeiture of Valve Corporation's corporate charter; and possible criminal charges against employees for facilitating the above-referenced illegal activities’”.

As Blum previously notes, this issue explores “new legal territory”, so the rights of each party remain complex. Blum identifies that “They aren’t just responding to the Washington State Gambling Commission, they’re also defending themselves in class action litigation throughout the United States with the potential for more to be filed all over the world”. Indeed, any action taken against Valve will no doubt pave the way for similar disputes regarding online gambling via gaming platforms, which appears to be a growing trend.

Indeed, in the UK, Youtube star Craig Douglas (known to his 1.3 million subscribers as “Nepenzeth”) has been charged with encouraging children to gamble via an illicit gambling website connected with the EA Sport’s football video game FIFA.

FIFA has its own virtual currency which, like skins, can be used as betting chips on third-party websites to place wagers on the virtual football games. As the game’s coins can be bought and sold for real-world currency, these websites are arguably engaging in unlicensed gambling, allowing minors to place bets on their favourite virtual teams. This is because third-party websites that promote gambling via gaming platforms have little identity, and therefore age, authentication.

Douglas has also been charged with illegally promoting unlawful gambling in relation to the FUT Galaxy site, owned by his co-defender Dylan Rigby, and their trial will resume in court on 6 February 2017. This demonstrates that not only has skin betting survived the ongoing dispute between Valve and the Washington State Gambling Commission, but is continuing to evolve and spread into Europe, perhaps becoming the next i-gaming phenomenon.