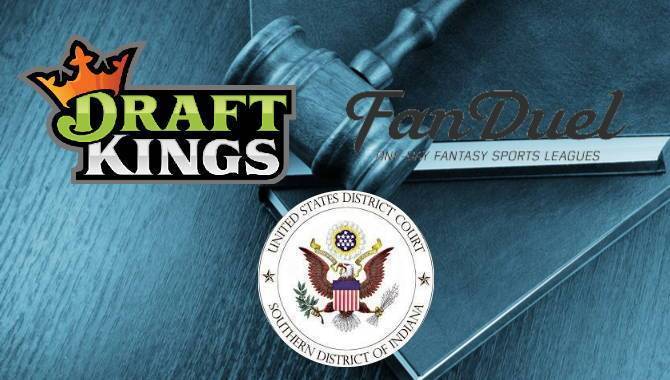 proposed merger between DFS operators DraftKings and FanDuel hangs on a knife edge today as some members of the US Federal Trade Commission (FTC) have reportedly voiced concerns about the effects that such a merger could have on competition in the US daily fantasy sports industry.

DraftKings and FanDuel are two of the biggest players in the DFS industry in the US and agreed to merge on a 50/50 ownership basis in November 2016. The merger was then referred to the US Federal Trade Commission for review and approval/dismissal.

Under current US Federal anti-trust laws, a company is prohibited from harming competition in a given field by creating a monopoly in their industry. If the merger was completed successfully the combined DraftKings and FanDuel entity would claim an 80% share of the DFS market in the USA, effectively constituting a monopoly on the industry.

In the opinion of the FTC this is enough justification to consider blocking the proposed merger, and some legislators within the commission have called on FTC Acting Chair Maureen Ohlhausen and the sole remaining Commissioner Terrell McSweeny to do just that.

However, the commissioners are under no obligation to adopt the proposals and will vote on the matter within the next few weeks.

If they choose to proceed with the proposals FTC attorneys would file a lawsuit in federal court seeking to stop the deal. The companies could then choose to abandon the merger, fight the lawsuit in court, or try to reach a settlement with the Federal Trade Commission that would allow the merger to go through with agreed concessions.

A deadlocked vote in the FTC would allow the DraftKings/FanDuel merger to proceed unimpeded.

This is not the first time that both DraftKings and FanDuel have ran afoul of US competition authorities, with the businesses practices of both being called into question after a huge $200m advertising campaign in 2015. At the time several state regulators notably those in Nevada and New York questioned whether daily fantasy sports contravened existing state anti-gambling laws, however no action was taken against either company.
Industry News Sponsor