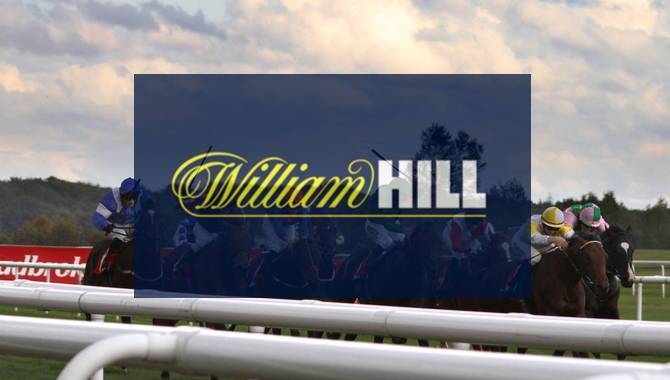 By Robert Simmons
UK bookmaker and sports betting operator William Hill have today announced the signing of a three-year deal with Arena Racing Company (ARC) which will see it become the principle sponsor of the St Leger Stakes, one of the oldest horseracing festivals in the world.

The three-year deal, worth an estimated £700,000 a year will see feature races taking place on each day of the four-day long festival, which will now be known as ‘The William Hill St Leger Festival’.

In a statement announcing the agreement, William Hill CEO, Philip Bowcock, said: “William Hill is one of the best known brands in betting - with a long history of horseracing sponsorship. We are delighted to sponsor the oldest classic and we will work closely with ARC to continue to build the profile and popularity of the William Hill St Leger Festival.”

In addition to the new feature races, William Hill will sponsor a number of races taking place over the four-day event including: the opening day handicap, the May Hill stakes (traditionally known as Ladies' Day), the Mallard stakes (known as Gentlemen’s Day), the Portland stakes and the William Hill St Leger Stakes on the final day.

William Hill currently sponsor the Ayr Gold Cup, Great St. Wilfrid at Ripon, the Scottish Super Sprint at Musselburgh while also serving as the primary broadcast sponsor for all of ITV’s horseracing coverage.

ARC Chief Executive Martin Cruddace, welcomed the deal saying: “We are delighted William Hill have become the new sponsors of the St Leger. We really enjoy working with their team and look forward to extending this to our feature racing festival of the year.

"William Hill have the brand, vision and team to help build on the success of both the four-day festival and the feature race, the St Leger, which continues to be one of the most important races in the British Racing calendar.”

Executive Director of Doncaster Racecourse, Tim Banfield, added: “The William Hill St Leger Festival is a wonderful four days of racing for Doncaster, the Yorkshire region and the whole of British Racing.

We aim to have a real and long-term partnership with all our sponsors and we look forward to integrating William Hill’s world-renowned brand into our feature event. The team here are working hard on preparations for this year’s William Hill St Leger Festival and we are set on delivering another fantastic four days of racing.”
RELATED TAGS: Land-Based | Industry | Sports Betting | Mergers & Acquisitions