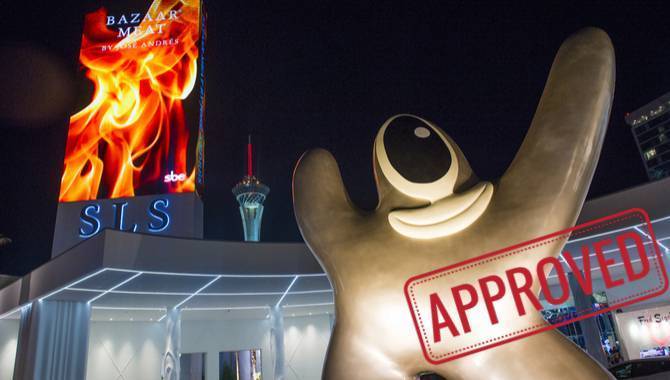 A multi-million dollar acquisition of the ailing SLS Las Vegas Hotel & Casino by gaming and media company The Meruelo Group has been approved by the Nevada Gaming Commission.

During hearings late on Thursday, Meruelo Group Principal Alex Meruelo unveiled his plans to revitalise and promote the SLS hotel as a must stay destination on the north end of the main Las Vegas strip.

The renovation work would include the addition of new slot machines on the casino floor, enhancements to the existing hotel rooms and a complete redesign of the hotel pool.

Meruelo Group spokesperson Christopher Abraham said that “The initial idea of what will be invested is up to $100 million over the next couple of years”.

The ultimate aim of these investments will be to revive the fortunes of the former Sahara hotel, which has been on the site since 1947.

Meruelo also confirmed that he may seek to rebrand the SLS following completion of the acquisition from its current owners, Stockbridge Capital Group, however the final purchase price still remains undisclosed at this time.

Abraham added: “We will be using the SLS name for another year and will evaluate our options with the brand moving forward.”

The Stockbridge Capital Group bought the Sahara for $400m in 2007, later closing it for renovations in 2011. Stockbridge has invested $415 million over the last five years to turn the property into a destination for younger visitors, but this has not ultimately panned out for the group.

In November 2017, a group of Chinese lenders sued the SLS over non payment of its portion of the businesses debts, which were later revealed to be approximately $400m of the reported $585m worth of debts.

During the hearings Meruelo confirmed that he plans to pay the Chinese financiers an amount representing the SLS’ equity value over a period of five years, while at the same time agreeing to cover over $140m in debts owed to private portfolio lender Mesa West Capital.