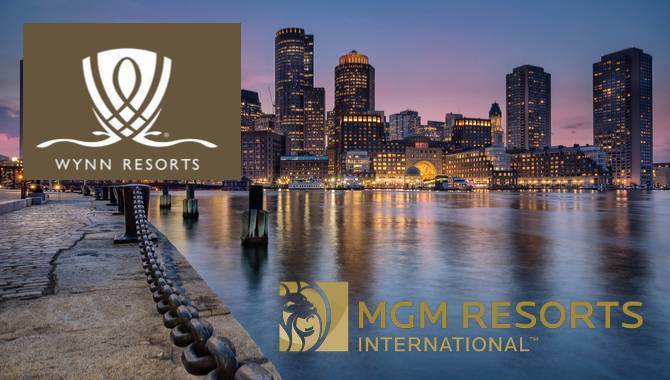 Embattled casino developer Wynn Resorts is reportedly in discussions relating to a possible sale of its $2.5bn casino development under construction in Boston Harbour to MGM Resorts International according to reports in the Wall Street Journal.

Reports in the journal say that talks between the two are at an early stage and may not result in a deal. However, Wynn Resorts is still dealing with the aftermath of the departure of its former CEO Steve Wynn following allegations of sexual misconduct, which first surfaced in February.

Massachusetts regulators are still investing the allegations against Wynn, with a meeting taking place on Thursday to discuss his attorney’s convention that “Steve Wynn no longer be considered a qualifier for Wynn Boston Harbour based on his resignation and divestiture from Wynn Resorts.”

There is a lot on the line for Wynn Resorts, if Massachusetts regulators find that Wynn’s misconduct makes Wynn Resorts an unsuitable business to hold gaming licence in Massachusetts, then it could place the businesses current casinos in Macau and Nevada in jeopardy, to say nothing of its Japanese integrated resort ambitions, which would be severely curtailed by any licence issues.

At the same time, any potential deal between the two would place MGM in a tight spot. Under Massachusetts state gaming laws, which were instituted in 2011, operators are limited to one casino each and since there is already a $950m MGM casino development in nearby Springfield, the operator would first have to sell its interest in MGM Springfield before any acquisition could take place.

Debra DeShong, a spokeswoman for MGM dismissed the reports, stating: “We do not comment on rumours or speculations around transactions. We remain fully committed to the opening and success of MGM Springfield.”

A deal between the two has the potential to start a domino effect: if MGM purchases Wynn Boston Harbour, the sale of MGM Springfield becomes a virtual certainty.

Indeed if the deal does go through, the biggest beneficiaries could be the long time opponents of MGM: the Mashantucket Pequot and Mohegan tribes, who are currently trying to get a joint casino project in Connecticut underway in the face of stiff opposition from MGM and perceptibly, the US Department of the Interior, which has delayed the ratification of a new tribal compact authorising the development.

Given the hurdles that the tribes have had to overcome to get this far, they may decide to cut their losses and instead buy an out of state casino which is almost ready to open rather than face years of litigation and development hell.