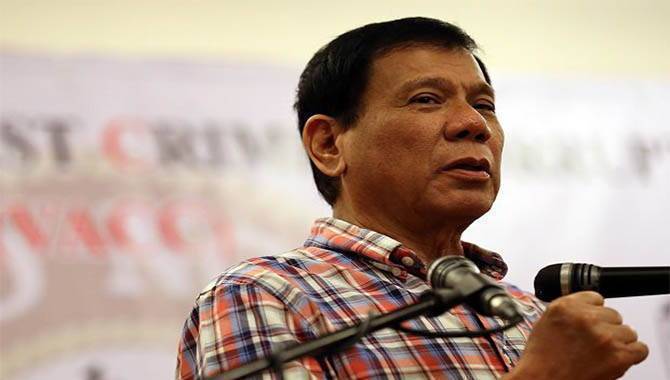 Philippines President Rodrigo Duterte's war on gambling could cause problems for Macau’s Galaxy Entertainment Group, which plans to build a $500 million integrated casino resort on the holiday island of Boracay.

In a wide-ranging speech on Friday, Duterte had advice for any business operator planning to locate on Boracay island: "Forget it".

"I hate gambling. I do not want gambling," Duterte said during the 2018 National Information and Communications Technology summit in Davao City. “If you are thinking of a gambling place there, forget it. You are dreaming."

His remarks were reported by the Manila Bulletin newspaper.

In April, the Philippines gaming regulator said Macau’s Galaxy Entertainment Group's plan to build a $500 million integrated casino resort on Boracay was on hold until the company can convince the president of its “advantages”. The regulator granted the license to Galaxy and local partner Leisure and Resorts World Corp. in March.

Galaxy Entertainment Group did not immediately respond to an emailed request for comment.

Boracay, the Philippines’ most famous holiday island, has been closed for six months.  Duterte has called it a pollution “cesspool”. The island is expected to be reopened in October once the government has improved sewage and water treatment facilities and dismantled illegal structures.

Casino investor Landing International is also under fire in the Philippines. The Commission on Audit is questioning the legality of a casino land lease agreement between the company and the state-run Nayong Pilipino Foundation.

Politiko, the online news outlet, reported on Thursday that the Philippines' Commission on Audit had ordered the Foundation to wait for approval onthe land lease agreement from the casino regulator, the Philippine Amusement and Gaming Corporation, and the National Economic Development Authority.

Maria Fema Duterte, described by Politiko as President Rodrigo Duterte's niece and a Nayong Pilipino Foundation board member, has reportedly complained that Landing International would be underpaying for its lease relative to the market value of the land at nearby Solaire Resort and Casino.

Landing International told GGR Asia on Friday, however, that its agreement to lease a parcel of land of about 9.5 hectares (23.5 acres) in size located in Parañaque City, Philippines, is a legally binding contract with  from Nayong Pilipino Foundation.

Duterte's government has had a tempestuous relationship with gambling operators. In 2016, he demanded the closure of all online gambling firms.

In a speech after signing the 2017 national budget, Duterte said he was “ordering the closure of all online gambling [firms]... All of them. They have no use.”

Duterte said that the government had no mechanism to effectively regulate the online industry in the country.

Duterte pledged a crackdown on online gambling operators in his first cabinet meeting after assuming office, which saw regulator PAGCOR freeze the processing and issuance of online gambling license applications and operator Philweb close the doors of its 286 e-games cafes.

However, the government’s stance appeared to soften later. An offering of 25 offshore gaming licenses made available by PAGCOR in September receiving 76 expressions of interest.