Something for nothing? Why the FA’s “fair return” proposals just don’t add up

“Fair return” is an interesting phrase. 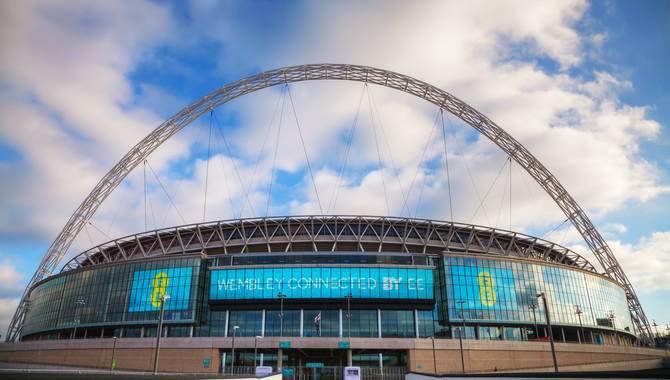 You buy a car and fill it up with petrol. The petrol company then takes a percentage of the profits from the car dealership for selling you the car.

The car and the petrol are two separate products. But the petrol company claims it deserves a share of car-sale revenue because, without its product, there would be no cars.

It doesn’t sound quite right, does it?

As of yet, no petrol company has made such demands (as far as Gambling Insider is aware). In the UK, though, the Football Association has proposed something very similar: CEO Martin Glenn has suggested the country’s football governing body should receive a “small percentage” of revenue made from UK football betting. This has been described by Glenn as a “fair return.”

Straight away, there are parallels with the “integrity fees” currently being debated in the US.

That debate is not going well for integrity-fee supporters.

No US state has implemented the policy, which would see North American major sports leagues take a cut of all sports betting revenue, with state governments such as West Virginia rejecting the chance to have it written into law. At a recent debate at G2E, MLB called for a 0.25% levy on all sports betting revenue. That prompted the following response from American Gaming Association Senior Vice President of Public Affairs Sara Slane:

“I mean, look, you want a cut of the revenue without any of the risk that's associated with it. That's why we have to go through the regulatory process. We invest billions of dollars in buildings, in our licenses that cost us millions of dollars to go through. You want us to take that risk, pay you and then you are going to benefit on the back end as well.”

US Sports Anchor Scott Van Pelt also put it succinctly: “What, are you going to make me pay for the air I breathe next? I have eyes. I can see what’s happening in the game. Now you want 1%? Good luck with that, I’m lost on that one.”

What’s noteworthy is the fact the FA has raised this issue after its failure to sell Wembley Stadium to raise £600m for grassroots funding.  Glenn said: “I was disappointed but being involved in a lot of big mergers and acquisitions transactions in my life, things like these happen. You just have to be philosophical about it.”

There’s being philosophical and there’s looking for an easy way out.

A cynic would point out the gambling industry’s image has always suffered in the UK and that this is an opportunistic attempt to exploit it. A cynic would also question the timing of the FA floating this idea, given the fact Labour politicians and media publications with a preset anti-gambling stance are emphasising what the gambling industry is said to be getting wrong.

In Ireland, betting tax has doubled from 1% to 2% in the hope of generating an additional €40m in revenue per year. While it is yet to be seen how accurate the reaction of the industry is – Irish Bookmakers Association Chairperson Sharon Byrne told Gambling Insider most independent bookmakers won’t be in business come January – those projections have to be questioned. If even a small percentage of companies close down, will the Irish government really end up with more revenue than when the rate was 1%?

Glenn’s argument is: “We’ve got £64m going into the Football Foundation – imagine if it was £80m or £100m. If we could get to that it would be brilliant.”

The irony, however, is that the perfect way to go would be a sponsorship deal with a gambling company. Last year, the FA ended a sponsorship agreement with Ladbrokes which generated £4m per year; wanting to impose a levy on betting firms less than 18 months later seems self-defeating.

The response from the gambling industry may be predictable, but it has been justified. Clive Hawkswood, Remote Gambling Association CEO, believes there is “no basis whatsoever” for payments to “support what most people would consider to be an extremely wealthy sport.”

It’s almost a case of not biting the hand that feeds you.

Ultimately, the FA could ask for a small percentage from football shirt manufacturers or the restaurants outside Wembley Stadium on matchdays. Their products are intrinsically linked, yet completely separate.

Suggestions Nike or Nando’s should help fund the FA would be greeted with raised eyebrows. What’s the difference with sports betting?

At this point, there is no harm in a public debate on the topic – much like with advertising regulation and fixed-odds betting terminals. If there is to be a genuine debate, though, Glenn’s proposals already feel like they don’t have much of a leg to stand on.

Certainly, there must be more creative alternatives out there for the FA. Any organisation could suggest taking a share of another’s revenue to help its own. What if gambling companies decided they wanted a percentage from the sale of every football ticket?

That particular idea would be derided and branded ludicrous. But it’s the same principle, just in reverse: gambling companies are all over a stadium’s branding and drive extra consumers to football.

A phrase you could use instead of “fair return” is “something for nothing.” It just doesn’t work like that. It wouldn’t for gambling companies, so it shouldn’t for the FA.