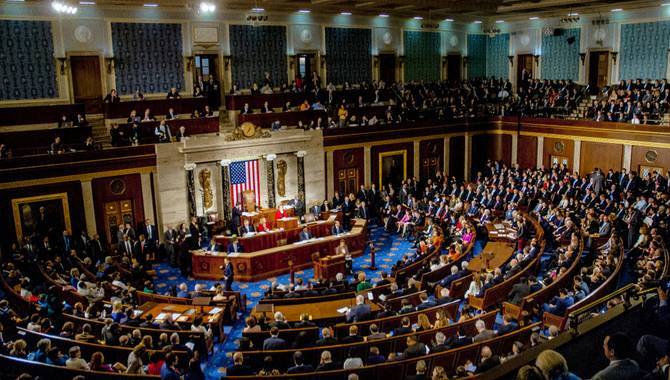 A draft of a federal sports betting bill, which would give the federal government final say on states legalising sports betting, has appeared in Congress.

The bill prevents states from unilaterally passing laws on sports betting, contradicting the decision in May where the Supreme Court overruled the Professional and Amateur Sports Protection Act (PASPA).

Eight states already allow sports betting, with more likely to have approved sports betting legislation before the drafted bill is passed. It is not clear what their position will be should the bill be approved.

Further details of the bill include setting up a minimum standard for dealing with problem gamblers, allowing data to cross state lines, and mandating the use of official league data.

The bill also discusses the federal excise tax of 0.25% of the handle, saying it will be placed in a “wagering trust fund” for use on sports betting matters.

With this money, the bill plans to create and fund a National Sports Wagering Commission and a national sports wagering clearing house, which will work to coordinate between national and state level issues on sports betting.

The draft was circulated by the office of Senator Orrin Hatch. Hatch and Senate Minority Leader Chuck Schumer have previously made their anti-sports betting opinions well known.

Speaking on the Senate floor on 23 August, Hatch said: “I’d like to say upfront that I am not a fan of sports betting.

“I have grave concerns about gambling in general, and sports betting in particular.”

In a public statement from the same month, Schumer said: “As a New York sports fan … and a senator, my priority … is making sure the integrity of the games we love is preserved, that young people and those suffering from gambling addiction are not taken advantage of, and that consumers that choose to engage in sports betting are appropriately protected."

State representatives and industry officials have been outspoken since the bill was made public.

“That underlying position remains unchanged. At the same time, we remain committed to maintaining an open and constructive dialogue with policymakers considering sports betting legislation at any level of government.”

Dina Titus, Congresswoman for Nevada is quoted as saying: “This draft bill raises serious questions about the treatment of states like Nevada that already successfully regulate sports betting.

“The Supreme Court’s decision overturning PASPA was not an invitation for the federal government to repress states that have led the way. I’ll continue to fight for Nevada’s best interests in these discussions.”