Las Vegas to me: The evolution of a city

To my left sat Kobe Bryant; to my right, Blue Man Group danced the weekend away. Not far behind were Megan Rapinoe, Cirque du Soleil and the WNBA All-Stars. 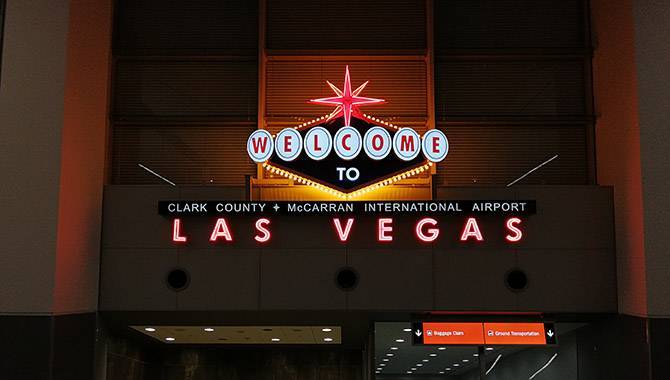 In the words of Jim Murren, this was “just another day in Vegas.” Delivered with a smile, the MGM Resorts International Chairman and CEO wasn’t wrong (keep an eye out for our exclusive with Murren in the September/October edition of Gambling Insider). They don’t call Las Vegas the  entertainment capital of the world for nothing.

What does Las Vegas mean to me? Entertainment is the key word in answering that question, especially in light of my two very different trips to the city of lights.

Growing up, I’ve always had an affinity with Las Vegas, which is a surprise when you consider I didn’t place my first sports wager until my mid-20s and have only ever played table games once (in Leicester Square). On television, it was still everywhere growing up, namely my favourite shows Friends and Family Guy. There’s also the Hangover trilogy, What Happens in Vegas and Last Vegas, all movies I’ve enjoyed at one time or another.

But you don’t really get to know Las Vegas until you visit the Strip or Downtown. For me, it wasn’t even until my second trip across the Atlantic Ocean that I truly discovered the city in its fullest form.

While Las Vegas will always be synonymous with gambling, and we here at Gambling Insider will always focus on it, the tourist destination now offers the whole package. Naturally, it has some of the best casinos in the world, with games to satisfy everyone from high rollers to casual players such as myself. Case in point: it’s one of the few places in the world I can sit with complete strangers and have an amazing time betting 25 cents a go on mechanical horses.

Now though, Las Vegas boasts an endless list of pastimes and activities. Can anywhere else in the world really compete with its non-gaming entertainment? In one Saturday, for example, I went from a basketball match at the Mandalay Bay to walking past a shark tank, seeing rock bands and playing mini golf at 3am. That’s without mentioning the Lady Gagas, Madonnas or Christina Aguileras of this world, whose concerts are building on Elvis Presley’s legacy and attracting even more visitors to the city every year.

It doesn’t stop there, as the biggest names in the casino sector are currently transforming Las Vegas into one of the sporting capitals of the world. On top of the Las Vegas Aces in women’s basketball, there’s the Las Vegas Lights in football, the Vegas Golden Knights in ice hockey and many, many more.

The sporting events hosted by these teams are unique in atmosphere, to say the least. The Lights’ home stadium contains pitchside paddling pools, those famous “wacky waving inflatable tube men” and a rather large-headed Elvis mascot waving to fans before kick-off. The WNBA All-Stars equally showcased constant pre and post-match entertainment, with music blasting out throughout the game alongside a smooth flow of courtside competitions and interviews.

It’s all a far cry from my previous visit to Las Vegas, when 13 days working on the mixed martial arts amateur world championships severely limited my free time. Even from that however, you can still gauge a sense of what Las Vegas is about these days. The gigantic Las Vegas Convention Center hosts shows of all types and from all over the world; no one can ever call Las Vegas a one-trick pony when it comes to the groups and interests it caters to.

That’s not to diminish the role of gambling in the city of course, as the Bellagio, Bally’s, Mandalay Bay, Caesars Palace and so many other iconic venues are central to its success. The casino room provides the engine behind all Las Vegas’ operations. But what Las Vegas has become, certainly in my eyes, is an evolved organism.

For those reasons, what Las Vegas means to me is now very different to what it used to. The entertainment capital of the world just keeps on adding strings to its bow – and it doesn’t look like it will stop any time soon.