Debate: Is the London Stadium right not to allow gambling sponsors?

Reports this week surfaced that gambling, tobacco and alcohol companies will not be able to sponsor the London Stadium, with the London Legacy Development Corporation (LLDC) claiming such deals would be "inappropriate" for its image. 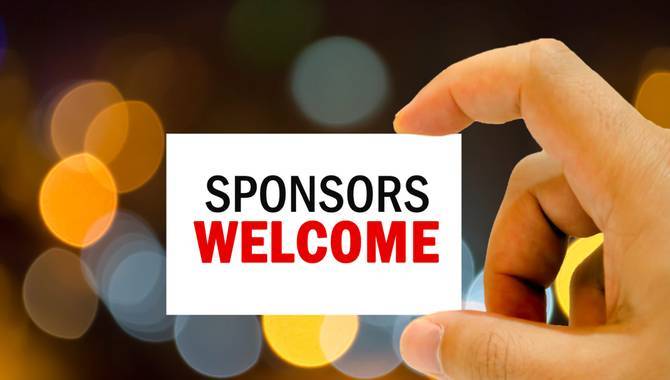 But would this be the right call? The Gambling Insider editorial team decided to explore the issue…

Here we have a burning example of hypocrisy. It is ridiculous for the London Stadium’s landlord to label a potential gambling sponsor "inappropriate." The LLDC claims it would damage the stadium and its legacy to have an operator as its naming rights partner.

But every other weekend for the majority of the year, 11 men run around the venue’s field with Betway branded across their chests. West Ham United Football Club’s substitutes sit on the Betway-labelled bench in track suits and training gear also sponsored by the operator. If it’s cold and wet, Manuel Pellegrini, the club’s manager, will wear his coat that carries the company’s logo just below that of the club. Depending on the opponent, millions of viewers from around the world will watch this for an hour and a half. Surely the LLDC should evict West Ham if it truly believes the presence of a gambling operator will tarnish the stadium.

The public perception of gambling is far from positive at the moment, so I of course understand the logic behind the decision. But is this a genuine attempt to protect those who visit the stadium from the potential harms of the gambling world? No, it is another PR stunt to get on board with the current anti-gambling rhetoric. London Stadium is already swimming in gambling branding; to link the venue’s name with an operator would make little difference to what is going on there today.

Out of the 91 football clubs spread across England’s top leagues, only two football stadiums are sponsored by a gambling or alcohol company – Stoke City and Huddersfield Town. With just shy of 98% of football grounds choosing not to sell their name, it's easy to see why the LLDC is not keen to join Stoke and Huddersfield and remain a "family-friendly" venue.

People may argue West Ham, which currently plays its home matches at the Stratford-based stadium, is already sponsored by Betway. But a reminder to all: the club only rents the stadium; if it packed up and left, the London Stadium’s name would need to fit its new clientele. It represents sport as a whole and the LLDC is indeed right to look at the bigger picture.

You only have to travel to north London to see how a football club has been able to increase its income significantly with a non-controversial partnership. Arsenal’s long-term deal with Emirates Airline has hardly received any complaints I am aware of and is a prime example of how a football club can be successful away from the world of gambling, cigarettes and alcohol.

The London Stadium’s main history is also the Olympics, where the fittest athletes compete to be the best in the world. Imagine a commentator welcoming viewers to the "Marlboro London Stadium" and then going on to introduce the heptathlon – doesn’t really fit, does it?

If the LLDC wants to keep its stadium’s legacy intact and is not drawn into selling rights to an organisation which isn’t "family friendly," it has every right to do so. I’m sure, over time, the LLDC won’t be short of offers from other businesses.

I can appreciate the thinking behind staying away from gambling sponsors. Even for the industry itself, this avoids the furore of a major operator sponsoring the stadium only for the deal to potentially be terminated early due to public backlash. But, speaking from a free-market perspective, it makes no sense to exclude what could be the highest bidders to sponsor the London Stadium.

If the stadium loses over £20m ($25.3m) a year, why would anyone cut off its nose to spite its face by reducing competition in the sponsoring process? Gambling companies are used to paying a premium for such partnerships and their demand is higher and more intrinsic, as the stadium’s sporting events offer genuine opportunity for players to engage with their brands. Stoke's Bet365 Stadium proves this can work very well, with no real PR fallout to speak of.

In 2017, Vodafone pulled out of a six-year naming rights deal as it reportedly could not agree financial terms. Gambling companies, on the other hand, have a reputation for being swift negotiators in this area – and for being unafraid to outbid the competition.

As an aside, it’s a positive to see the alcohol and tobacco sectors treated with equal scrutiny. The circumstances however, are unfortunate; unlike alcohol and tobacco, gambling products can be inherently linked to the products offered by the London Stadium itself. Casting gambling firms aside reduces both potential tax revenue and the price the eventual sponsor will pay. It’s just bad economics.

The issue lies in the London Stadium’s original purpose. While it certainly doesn’t have the longest history, only dating back to 2012, it was originally built to play host to the London Olympics that same year.

This was an event that received worldwide media coverage, with an Opening Ceremony drawing an estimated global TV audience of 900 million viewers. The stadium became an emblem for the efforts of the British athletes who massively over-performed, ending the competition in third place. All this came before West Ham occupied the vacant stadium in 2016.

While it might seem hypocritical the stadium can’t be sponsored by a gambling company when the footballers playing within it have Betway written across their chests, the stadium itself is a different matter entirely. The LLDC's motive for banning gambling companies lies in its name – legacy.

Gambling sponsorships may be able to provide a greater income than other industries, but the stadium owners’ main priority is protecting the image of a stadium which remains a symbol of a great event in London’s history. Unfortunately, due to negative media coverage from the press, gambling still has negative connotations for a significant section of the UK population. The LLDC does not want to tarnish a great British landmark while almost certainly causing a backlash from the public and media.

A gambling company might be able to provide a struggling stadium with much-needed revenue; but surely there are other interested companies that would be a better fit for all involved.