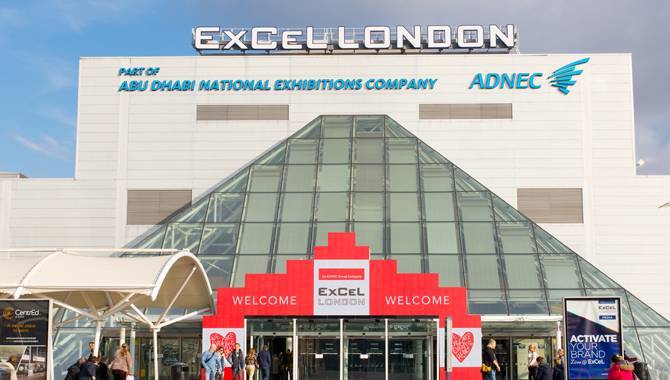 As I begin writing this article back at Gambling Insider HQ, the on-site staff at Excel London will be packing things up as another ICE London comes to a close. Whether you're now free to roam London, or getting ready for a flight home, or making sure you're set for tonight's affiliate parties ahead of another day at IGB Affiliate London tomorrow (Friday), we're sure you could all do with some light reading on the event as one of our busiest weeks of the year comes to a close.

Everyone has their own experience of ICE to speak of each year, but here's our take on what particularly stood out in the show's first edition of the decade.

Michael Owen, Rio Ferdinand, Tyson Fury, Michael van Gerwen. These are just some of the names from the world of sport that have appeared at ICE in the past, and with respect to those people, who are among the finest in their respective sports, the fanfare surrounding Usain Bolt's arrival was incomparable to anything we have witnessed at the show before. It almost felt as though everybody wanted to take a break from securing their next deal just to get a sight of him up close.

Ganapati, which has teamed up with the eight-time Olympic gold medal winning retired sprinter to create a Usain Bolt online slot game, deserves credit for securing the world's fastest man's time at the show. The Jamaican was also happy to speak with the media, so check back in to this website to see what he had to say.

Agenda has a rounded feel

Industry discussion topics often have a flavour of the month feel to them. At one time it was M & A, then fixed-odds betting terminals, then daily fantasy sports, then sports betting, and of course, the industry's reputation.

This has often been reflected in the conference schedules, but from looking at this year's agenda, it seemed there was no one particular topic that stood out. Regulation gets talked about a lot, so the World Regulatory Briefing managed to do as it said on the tin and give an equal amount of time to separate continents.

Now that ICE has branched out to become more regionalised, it is perhaps understandable that there was less of a focus on US issues in the London agenda, with ICE North America set to take place in New Orleans in May.

Some may have asked to see more conferences about responsible gambling, as we saw in the International Casino Conference, but there was a discussion on changing the image of gambling in the Marketing and Advertising conference.

It is difficult to fit everything in, and it certainly didn't feel like there was one dominant topic of conversation this year, whether in conferences or in meetings.

Sexism issue addressed, but still work to be done

While the show will be unlikely to face the national media scrutiny it was presented with in 2018, the issue of how promotional staff are used by exhibitors is still a topic which is talked about in the press and on the show floor.

Wherever you stand on the debate, it has been clear to see that for the most part, the industry is starting to get the message that the use of scantily-clad women to promote their products will be counter-productive, as it will give the national media more ammunition to attack the industry; which of course nobody in the industry wants.

But the industry also has to be aware the national media will not give up easily, and in some cases, will look for any angle to be critical. The Guardian, for example, still managed to pick out a few individual cases of what may be perceived as an inappropriate use of promotional staff. But that is all it needs to write a report that could influence Joe Public to think the whole industry is full of seedy and irresponsible companies. We can debate whether women dressed in catsuits should class as "scantily clad," but that's not the point.

There is no doubt the general vibe of the show floor has changed a lot with regards to this issue in the last two years, but it's an issue that will only be resolved with complete unity and sensitivity from all exhibitors to make sure nothing is taken out of context.

Tuesday: "I can't believe it's so busy every year."

Wednesday: "I shouldn't have stayed out so long last night and I don't know how I'm getting through another day of back-to-back meetings today."

Thursday: "We're nearly there. I'm going to get so much sleep this weekend."

That is the general trend of how conversations start in meetings across the three days at the show. It can be demanding and hard work, but that's the point. It's one week of the year where almost every company on your contact list will be in town, and if you throw yourself into it, it can also be the most enjoyable week of the year.  A day packed with meetings will always be likely to lead to something positive.

It certainly has been enjoyable to receive the feedback Gambling Insider has had regarding its stand, which featured cardboard cut-outs of the six CEOs appearing in this year's CEO Special for our January/February magazine.

Now, just as the English Premier League has begun its first winter break this week, we hope you enjoy a well-earned rest of your own, and before we know it, ICE London 2021 will surely be upon us!