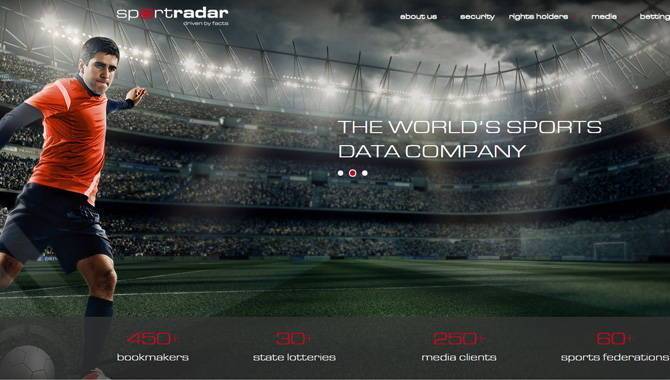 Sportradar denies any wrongdoing in response to legal threats by the Ukrainian Association of Football (UAF) over “unauthorised” data collection and distribution.

The data supplier was one of three companies asked by the UAF on 20 February to refrain from collecting match data at the Ukrainian Premier League (UPL), including U-21 and U-19 competitions. While the UAF didn’t have an official data partner at the time of this communication, they later signed an exclusive deal with FeedConstruct in May for coverage of the UPL and Ukrainian Cup.

Sportradar MD David Lampitt stated that prior to this year, it was the only data supplier investing in an official partnership in Ukraine.

“[This was] through our deal with the UPL that had been running since 2014,” said Lampitt. “Since this cooperation expired last year, we have been in regular contact with the UPL to prolong our agreement for Ukraine football competitions. After being notified of the appointment of FeedConstruct as data partner for the UAF/UPL three weeks ago, we have … actively engaged with them to acquire a sub-licence.”

However, following their deal with FeedConstruct, the UAF sent two letters – dated 15 and 18 June – criticising Sportradar and accusing the company of violating its betting rights by sending data scouts to UAF matches.

In the first letter, the UAF claims they identified various instances of betting rights violations by Sportradar during monitored visits to match sites. In the second, the UAF wrote: “Taking into account the fact that your company … continues sending scouts to Ukrainian football matches, we consider such behaviour as a hostile act and inform you that [we] reserve [the] right to institute proceedings against your company.”

It’s understood that Sportradar has responded to these allegations, expressing concerns over the leaking of confidential business communications.

The data supplier has also questioned the federation’s right to prevent unauthorised scouts from collecting data at its matches, claiming that there are no intellectual property rights over live sports data under European competition law.