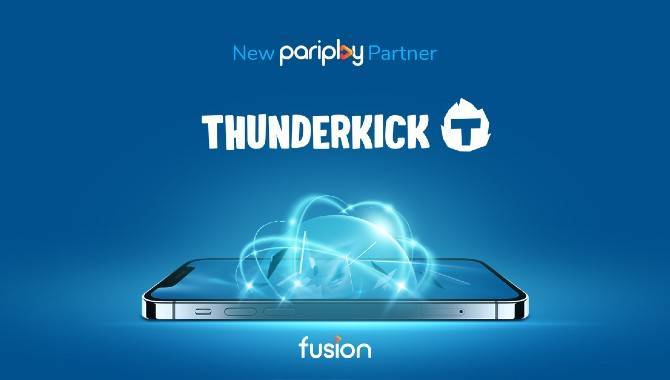 Thunderkick is a leading independent games studio which has made waves in the industry both in its main markets in the Nordics as well as further afield, through releases such as Esqueleto Explosivo, Pink Elephants, Fruit Warp, the Beat the Beast series, Carnival Queen, and more.

Founded in 2012 in Stockholm and with offices in Sweden and Malta, Thunderkick holds MGA, UK and Romanian supplier licences, along with certification for most major regulated markets, including Sweden, Denmark, Gibraltar and Portugal.

The partnership will see Thunderkick’s content added to Pariplay’s Fusion™ aggregation platform, ready to be rolled out to operators in regulated markets.

Fusion™ features thousands of games from the industry’s leading games developers and a suite of back-office conversion and retention tools that enhance player value.

Christine Lewis, CCO at Pariplay, said: “Independent and proud, we believe Thunderkick’s innovative and beautifully presented content will greatly help operators in the Nordics and beyond attract and retain players.

“We are on a mission with our Fusion™ platform to provide the broadest and best possible content offering. By joining forces with Thunderkick, we have certainly boosted our operator partners’ hand with games that are both distinctive and highly entertaining.”

Jan Lunde, Commercial Director at Thunderkick, said: “As a studio that prides itself on independence of spirit, our games are distinctive and fresh and have proven to be potent in entertaining and also retaining players.

“The chance to feature on Pariplay’s platform means that our games will now reach a wider audience than ever before, landing in a number of key markets with leading operators.”