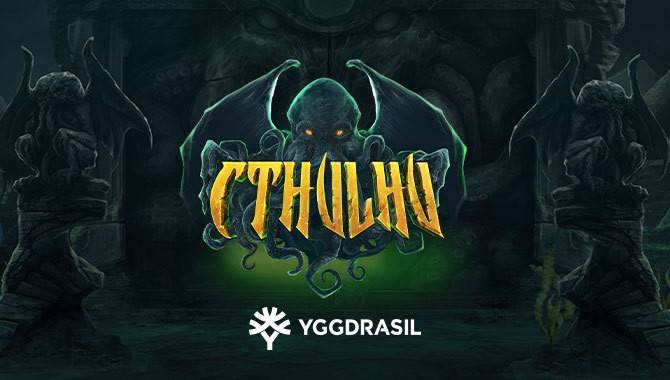 The five reel, 10 payline slot sees players join a band of fearless heroes in search of riches belonging to the mythical sea denizen made famous by H.P. Lovecraft.

When three Cthulhu symbols land on the reels on a single spin, players will come face to face with the fearsome beast itself in the Craze of Cthulhu bonus game. Each adventurer that appears during this round must do battle with the monster’s mighty minions. If they win, they transform into a sticky wild for the duration of the feature.

Players can receive even more spins if three Cthulhu symbols land on the reels during the bonus, meaning even greater win potential.

Cthulhu is the latest addition to the YG Masters program by G Games, it follows Tiger Tiger and Serenity as the innovative London studio looks to continue its growth within the initiative.

Stuart McCarthy, Head of Product and Programs at Yggdrasil, said: “Cthulhu is a dark new addition to the YG Masters program that sees daring explorers brave the depths in search of huge wins.

“It’s another unique addition to our portfolio, which is the entire purpose of the initiative – to bring dynamic games to players from a variety of studios.”

Helen Walton, CCO at G Games, said: “While our previous YG Masters game, Serendipity, was a peaceful slot, Cthulhu is quite the opposite. Filled with dark monsters and a fantastic bonus feature, battles occur in search of life changing wins in the deepest depths of the ocean.

“We’re very pleased to have worked with Yggdrasil to create another exciting game and we look forward to seeing how it’s received across its operator network.”