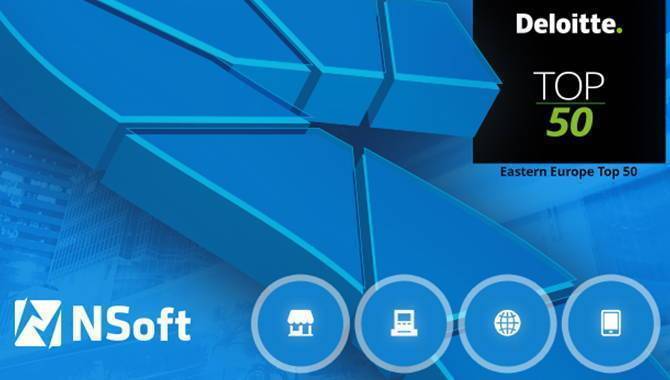 NSoft has successfully entered Deloitteâs competition of 50 fastest growing companies in Central Europe. The Deloitte Central Europe Technology Fast 50 programme, which is now in its 17th year, ranks the 50 fastest-growing tech companies in the region based on revenue growth over a four-year period (2012-2015). Eligibility criteria for Fast 50 that NSoft had to meet:

1. Develops a technology related product or service that contributes to a significant portion of the companyâs operating revenues.

2. Devote a significant portion of revenues to research and development of technology.

3. Operating revenues of at least â¬50,000 in each of the past 4 years. Exchange rates are based on annual average given by the central bank of the companyâs respective national currency.

6. Be headquartered within one of the following Central European countries:

While this is yet another proof that NSoft is on a right path and that its products are well recognized and accepted on the market, its success story is not something that happened by chance. Eight years of experience is behind NSoft.

A combination of great products, great people and everyday effort are the only recipe for success. 2016 was an amazing year for NSoft, where the significant market success was made with SEVEN Platform, groundbreaking product which helped entering new markets.

NSoft considers every âimpossibleâ to be yet another challenge and a new opportunity to prove its preeminence and strive only for the best. Through innovation and constant education, the perpetual change of this technology driven business is embraced. Ideas that are born as a result of the quest for advancement are always shared with the partners. Precisely, it is the additional value, which helps NSoft to cultivate long-term partnerships and further expand its imprint on the gaming industry.