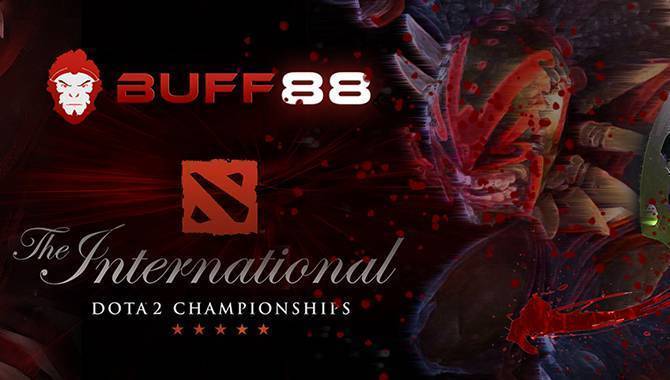 The betting website Buff88 has announced that it will go beyond the expected markets for the upcoming International Dota 2 tournament, only one week away to be held in Rogers Arena, in Vancouver, Canada. Following its aim to offer new and exciting markets for the esports fans and enthusiasts around the world, Buff88 reveals various Dota 2 exotic markets that will be offered for the first time powered by UltraPlay – a leading eSports betting solutions provider. The company’s traders have teamed up to offer an exclusive odds portfolio for the most anticipated Dota 2 event worldwide.

What will be most exciting for the community of bettors during the International 8 is that for the first time bettors can wager on exotic markets such as: most last hits – where bettors will choose which team will have the most killed creeps on the map, most denies in the map– which one will advance in killing their own creeps as well as most bounty runes, where bettors can predictwhich team will get the most runes.

Besides the outright winner odds, bettors can choose which characters will be most picked or most banned, average player stats, team matchups as well as the highest net worth.

Players already place bets on the outright winner odds where three teams have the highest chances to record their names in history: Virtus.pro, Team Liquid and PSG.LGD. Virtus.pro are currently leading the race to win the tournament with Buff88.com offering 4/1 odds for the outcome followed by Team Liquid with their pride of being the only team in history to have won the International final 3-0 which they did last year over Newbee. On the other side, there is a statistic that everyDota 2 fan should be aware of by now – every time a Western team has won The International like Team Liquid did last year, a squad from the Eastern scene has won the next one and vice versa, favouring PSG.LGD to go all the way with Buff88 odds 5/1. The community is eager to know if the curse can be broken this year. Dota 2 bettors can follow all of the events on Buff88 and feel the adrenaline of winning together with their favorite teams.

There is also another highly anticipated event that gathers great interest from the community that will also be offered live on Buff88.com - the special match where AI bots will join forces to beat a top Dota 2 team. Developed by the artificial intelligence lab founded by Elon Musk and Y Combinator president Sam Altman, team Open AI Fivewill face a pro Dota 2 team.

The fast approaching International will be covered with both pre-match and live odds on Buff88 where bettors can feel the next level of betting excitement with the widest options available for the event.