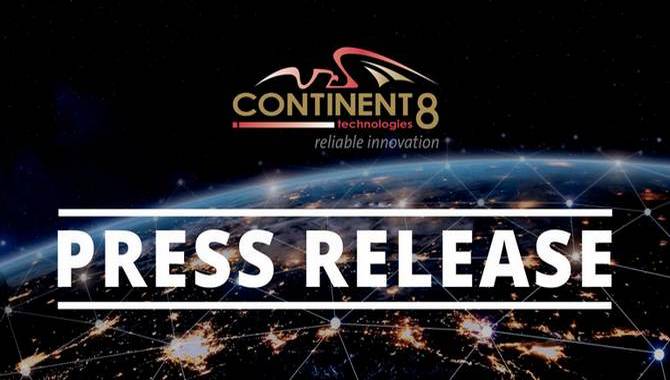 Continent 8 Technologies, the award-winning, multi-jurisdictional global data solutions provider, has been named the 2018 “International Business of the Year” at the prestigious Isle of Man Newspapers Awards for Excellence held last night at the Villa Marina, Isle of Man.

This year, Continent 8 was shortlisted  in the “International Business of the Year category” – one of the most sought after awards of the night. Now in its 13th year, the Awards for Excellence has recognised more than 300 local companies since the awards started, creating a unique opportunity to recognise success for companies, individuals, the public sector, and the charitable sector.

This is the second time Continent 8 has been recognised for success and innovation. In 2014, Continent 8 was honoured as the “Company of the Year”. At that time, the judges remarked that Continent 8 demonstrated a clear strategy, as well as innovative ways of sourcing and delivering service on and off island. They recognised that Continent 8 had a firmly established local and international profile and has served as a strong ambassador on behalf of the Island.

Continent 8’s CEO Michael Tobin stated about this year’s award, “We are truly honoured to be recognised as this year’s International Business of the Year. Our success and growth are directly attributed to our global team of experts, our ability to develop long-term partnerships, and by offering the most sophisticated, innovative, and reliable services to our customers.” Mr. Tobin, described the award as a “Humbling recognition of our relentless pursuit of service and innovation on a global scale and our commitment to the growth of the Isle of Man.”

In accepting the award on behalf of Continent 8 David Black thanked the organisers, judges, shareholders, the global team and led a touching tribute following the recent tragic loss of colleague, Paul Steer.