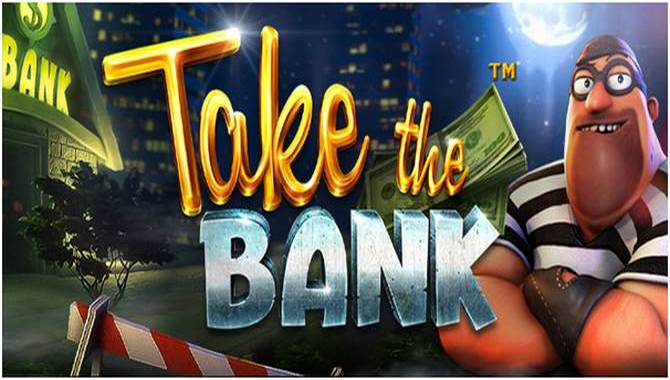 Watch out for the HEIST SPINS feature where every spin brings you closer to a bomb explosion. Collect robbers on the reels and watch them turn into a WILD symbol with every 10 spins - busting the vaults wide open. 3 bonus police symbols trigger free spinsor take the buy feature and bust right into the action.

Annamaria Anastasi, Marketing Director, Betsoft Gamingexplains the ethos. ‘We are renowned for developing games that create player engagement and retention and this has recently seen us win several landmark iGaming awards.Take the Bank is our latest big action release and we are expecting a big response from players.’

Betsoft recently claimed its first EGR B2B Award, winning the coveted “Innovation in RNG Casino” award at the industry’s biggest event. The company was named the winner as a result of its product development for their ground-breaking release Max Quest: Wrath of Ra. Earlier last month, Betsoft claimed two starlet awards. Max Quest: Wrath of Ra won Game of the Year whilst the company was named RNG casino Supplier of the Year.

Betsoft Gaming is the market leader in cinematic casino content and gaming solutions, working with 200+ of the most successful casino operators worldwide. Since 2006, the Betsoft brand has been synonymous with commercial success and innovation. Its portfolio of more than 190 RNG titles are proven to attract, engage, and retain players. Headquartered and licensed in Malta, Betsoft operates in more than 15 regulated markets, with its games being independently certified by Gaming Labs International. Visit www.betsoft.com to try our games.