FansUnite President Darius Eghdami talks Gambling Insider through the latest developments in Canadian sports wagering, and previews an exciting time for the nation ahead of its appearance at the 2022 World Cup. 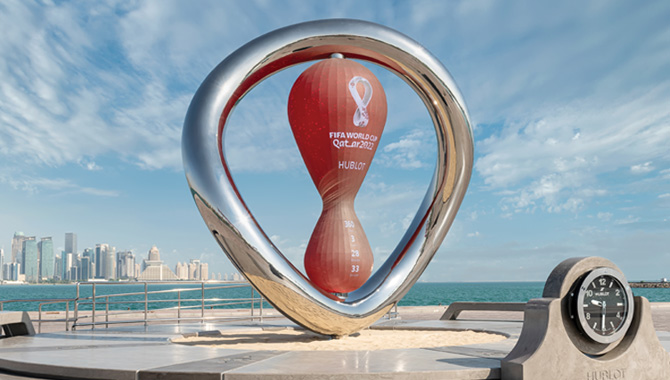 Like many sporting events this year, the 2022 World Cup has certainly not been short of controversy. Even the Canadian Men’s National Team hasn’t been exempt from such drama, with the players going on strike not so long ago in a dispute over prize money. More negativity followed as the nation fell five places in the FIFA Men’s World Rankings to number 43 after a turbulent June international break.

But the overall feeling in the country is undoubtedly one of joy and excitement, with Canada qualifying for soccer’s biggest competition for only the second time in its history. Canada’s first and only appearance to date on the big stage was at Mexico in 1986.

With three losses from its three group  matches in that tournament (all those years ago), it may not have been the greatest time on the pitch for Canada, but it was still a fantastic  achievement for a country whose roots are certainly not in soccer.

The current group of players have, however, ensured that the country is back in the big time, and that the previous feeling of elation has returned. It has now had another bite of the cherry in Qatar, with tricky tests against Belgium, Croatia and Morocco awaiting it in Group F. And that elation can undoubtedly be translated to the Canadian gambling industry, where sports betting has truly taken off, much like it has south of the border in the US. While a long list of US states can take credit for helping spread sports wagering, it is Ontario that can take the plaudits for the current situation in Canada.

Ontario marked the first time a Canadian provincial government welcomed third-party online operators into the fold when it  launched its new iGaming market on 4 April 2022. At the time of writing, the Alcohol and Gaming Commission of Ontario (AGCO) has approved 26 sportsbooks and 45 total gaming operators as of 20 July. This includes big hitters DraftKings, FanDuel and theScore Bet. Moreover, there are more than 30 online sportsbooks and betting sites that have applied to operate in Ontario.

Speaking in June, BetMGM CEO Adam Greenblatt noted that the operator recorded 70 million transactions in Ontario during May alone, in what was the group’s second month of operation in the province; while some days after, PointsBet Canada announced a partnership with ClubLink, an owner of golf courses in Ontario.

But perhaps the most significant moment of the month was witnessed when theScore Bet announced it will exit the US sports betting market with its theScore Bet app and focus on Canada.

In July alone, FanDuel announced it expanded its partnership with the NFL to include Ontario, the AGCO registered Bally Bet as a sportsbook operator in the province and PointsBet announced a partnership with the new curling team, Team Bottcher. Just about every sport is attracting attention in some form or another.

To this end, Gambling Insider spoke with Canada-based FansUnite President Darius Eghdami, to assess the current situation in Canada, and gauge operator and customer excitement ahead of the 2022 World Cup.

“It’s exciting for Canada to be there, it’s been a few decades now since we’ve been at the World Cup,” said Eghdami. “There is a lot of buzz. We’re a Canadian company, but we do focus most of our business globally, although we have got our supplier licence here in Ontario to find a partner to go live with.

“Anytime you have a major event like the World Cup, there is a lot of interest, so I think we’re going to see a lot of action on our UK platform. With England in the competition, it’s a big marketing opportunity for us in the UK.”

He also pointed to the fact that North America will have its very own World Cup in just four years’ time, with the US, Canada and Mexico set to co-host the biggest football event on the planet in 2026. Importantly, it will be the most-populated World Cup in history, with 48 teams and 80 matches.

“In the US, soccer is continuing to grow as a sport and Major League Soccer (MLS) has really taken off, so there’s going to be a lot of excitement there, especially with the World Cup coming to North America in four years.

“We’re going to have a great opportunity to educate customers and help them sign up for sportsbooks across the US, who are going to want to bet on the World Cup, probably for the first time.”

The understandable anticipation and excitement the 2026 World Cup will bring those fans in North America is explored further in the next feature.

However, the 2022 World Cup in Qatar is very much first up on the agenda for FansUnite, a sports and entertainment company that focuses on technology for regulated online gaming.

“We’re definitely looking at the upcoming World Cup,” stated Eghdami. “There will be a lot of groups out there watching the US Men’s National Team and of course the other teams. So we’re going to be there to help get them signed up to sportsbooks, and help them start to bet throughout the World Cup, which is obviously a good month-long event for us.

“There’s definitely going to be excitement around the gaming space throughout the World Cup. All eyes will be on sports and gaming, and as a public company, that always helps to bring new eyeballs to FansUnite.”

The group has a strong customer acquisition focus when it comes to the US market, with its B2C focus mostly on the UK, and its B2B operations alive through its licences in Ontario, Malta and the UK.

One major change to this year’s World Cup is the fact that it will be held in November/December, the first time the tournament will take place in winter. That, of course, means a disruption to the regular playing seasons of many sports, not just soccer.

“I think it’s going to be interesting because usually the World Cup is during a lull of all the other North American sports, so you get that World Cup focus,” said Eghdami. “So I think it will definitely be different this year with NFL, NBA and NHL all in full swing.

“Maybe in North America it won’t be as watched, but I think any time you have three North American teams in the World Cup (USA, Canada, Mexico), there’s going to be viewership and excitement.

“With Canada kind of itching for the last few decades to watch their team in the World Cup, I think we are going to be very excited and engaged... at least for the first three games.”

While soccer is hugely important for FansUnite, its major driver is the NFL season.

The company is currently gearing up for the September launch of the new campaign. Explaining the group’s focus this summer, Eghdami told Gambling Insider: “On the customer acquisition side, we have digital properties; but also retail, so we meet customers in casinos, at sports bars and in stadiums. Now we’re just working on getting our teams prepped to be able to go into those events when the NFL starts; and meet as many customers as we can to help educate them and get them signed up to start making bets.”

Eghdami ended by touching on the Canadian team itself, a side which has brought much joy to the entire country, ending several years of pain on the global stage. The likes of talented striker Jonathan David will be leading the line, with superstar Alphonso Davies undoubtedly the one the world will be watching in Qatar – if their eyes can keep up with his lightning pace.

For Eghdami, Davies certainly represents “one of the cool success stories here in Canada,” with the national icon moving from Vancouver Whitecaps to German club Bayern Munich in 2018. But for the FansUnite President, the team is much more than Davies himself, and may just have what it takes to turn a few heads in November.