Comment: Usyk not the only winner, as Parimatch sponsorship strikes gold 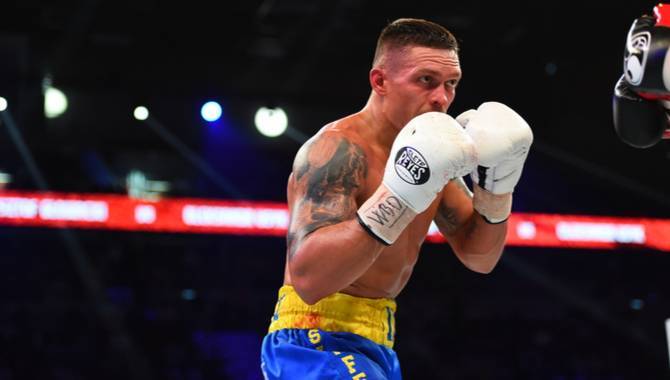 Timing is everything. In sport, in betting, in life.

After his heavyweight world championship win over Anthony Joshua at the weekend, Oleksandr Usyk will know this better than most. He timed his ascent to the throne perfectly, timed his jabs to the milisecond and even claimed to have timed the fight so well he "could have knocked AJ out but was told not to."

Usyk himself wasn't the only big winner at the Tottenham Hotspur Stadium, however, especially from a gambling industry perspective. Draped all over Usyk's fighting gear was the branding of operator Parimatch (Parimatch Tech), as the boxing world watched him defy odds of 9/4 to overcome a far heavier and widely favoured fighter.

As sponsorships go, Parimatch has already etched its brand into the history books. Every time the fight is repeated, and any time someone YouTubes the highlights years down the line, the company's name will be right there for all to see.

Sure, it may have been inevitable Parimatch would back its home favourite from Ukraine. But having only announced the partnership recently, the timing could not have been better. The brand wasn't just a simple straightforward sponsor, either, Usyk was named Parimatch's Responsible Gambling Project ambassador, adding extra value by way of partnering for a good cause.

Whether responsible gambling ambassadors truly do anything, any sponsorship critics – of which there are many – cannot on paper be too critical of a deal based around responsibility. And, given the wider clamour to ban betting sponsorships in the UK right now, again Parimatch could not have timed this partnership better. This time next year, for instance, the option for a front-and-centre gambling sponsorship in the UK might be completely off the table.

As for the rewards of the deal itself, it's always difficult to gauge return on investment for sponsorships, with the impact so intangible – mainly focused on drawing eyeballs to the brand rather than any specific measurable KPIs. But whatever the benefits, Parimatch will have maximised them with this Usyk agreement.

Imagine pitching a deal to sponsor an underdog for a huge fight, only for them to win that fight a couple of weeks later, with your branding all over that fighter. There was, of course, the small bonus of the sportsbook maximising revenue on the event, too, with UK wagers no doubt pouring in to back AJ.

As stated, timing is everything. In business, in marketing and especially in the gaming sector. Parimatch's timing here was metronomic.