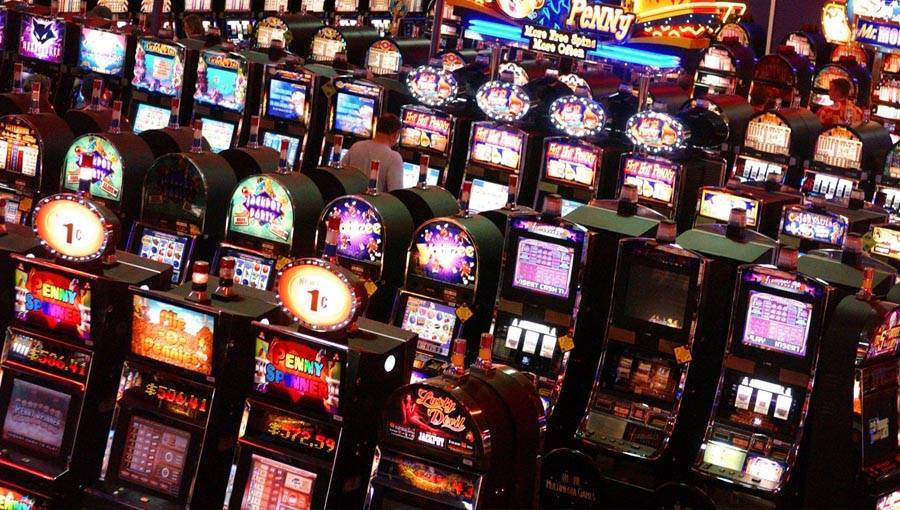 Those of us who hang out at the industry jamborees of G2E and ICE are used to the annual unveiling of the latest branded slots, with recent launch events including full size Avatar characters, the famous Iron Throne and mini-concerts featuring celebrities whose faces will adorn digital reels that once were the sole preserve of sevens, bells and the occasional piece of fruit. At G2E this year, the Scientific Games, IGT and Aristocrat stalls were no different, with newly launched branded slot products featuring brands and tie-ins as diverse as Seinfeld, Betty White, The Goonies and, randomly, My Cousin Vinny.

Being a strategist and outsider to these conferences – and not a slot player, designer, and with no links to the manufacturers – has led me to try to look at the value of the strategies employed. Why use these brands, what is the rationale to licensing and where does the value sit in the slot experience to the customer?

The growth of US gaming revenue and the online cash and social casino market is down to the customer’s desire to play slot machines and slot-based games.

Whether it’s the great big hulking digital cabinets which have evolved from European feats of mechanical wizardry, or the tiny symbols that revolve on a cell phone that’s the size of a playing card, the principle is the same.

When records for Las Vegas began in 1963, there were 22,173 slot machines in town, but they really entered the American public consciousness a couple of years earlier in an episode of The Twilight Zone, titled “The Fever”, where an unassuming visitor to Las Vegas meets his unfortunate demise at the hands of a one-armed bandit. This classic piece of American television was not enough to deter the players nor halt the expansion of the industry and by 2001, the peak of Las Vegas’ slot bonanza, there were 217,221 slots on the casino floor. By March 2016 the figure had fallen to 169,367; Las Vegas has lost 50,000 slots in 15 years and the revenue fell from a peak of $8.4bn in 2007 to $6.6bn in 2010, rebounding to $7bn in 2016. This rebound is not due to a mass increase in play, but is due to increase in the casino hold, which rose on the Strip from 6.82% in 2006 to 8.04% in 2016. Las Vegas’ slot declines have been offset by the expansion of Tribal gaming and the mass proliferation of slot machines throughout North America and beyond. It is estimated that the number of land-based slot positions in North America is currently over 900,000. Indeed, the global online gaming market is valued at over $46bn in revenues and much of that is slot-based.

Gambling Insider readers do not need any of my insights to this space, but suffice to say, you have been part of one of the fastest growing markets of any industry at any time and you should be commended for your innovation and bravery in developing your product for the market.

WHO IS THE SLOT PLAYER, AND WHY DO THEY PLAY?

As those in the industry will tell you, and as evidenced by several studies, and explained succinctly by Oregon State University: “The most common profile of a slot machine enthusiast is a female homeowner, between the ages of 55 and 60, with at least some college education and an annual household income of more than $55,000.”

In addition to this, there is a belief that young people don’t play slots, which is evidenced by analysis from casinos. The explanation for this is explained one of two ways. Traditional manufacturers are proponents of the view that young people have never been slot players, but will grow into them if the correct brands are used, while others believe that this next generation of customer is schooled in video games, so the visual representation of alignment of a random number generator does not hold any appeal, and as such, games must innovate and develop a skill component. Gamblit and the major manufacturers have added a level of skill to their games and UK players have had skill components for some time in quizzes and other slots.

MIT academic and anthropologist Natasha Dow Schull has written extensively on slots and slot players, and she calls the engagement between the machine, “Perfect Contingency”; that is where the actions of the player become indistinguishable between the machine. Slot players cite the time played as disconnecting from reality. Although the configurations of the outcomes are random, by pressing the button or pulling a handle, the customer feels that they have some influence on the process; playing a slot may be mindless in terms of repetition, rhythm and routine, but it is "active" as movement is due to a stimulus by the operator.

Balancing the customer profile and the psychological rationale is evident, it is a form of escape for a particular demographic, a semi-hypnotic form of activity where the user controls the action, but whatever they may think, they are not responsible for the outcome. This is important.

Michael Porter, in his seminal work Competitive Strategy, cites two drivers of sustainable competitive advantage; price leadership and differentiation. Within slots, at least from the customer perspective, price leadership is not relevant, therefore slot manufacturers have sought to use differentiation as competitive drivers. Historically this was done through symbols (sevens vs cherries vs diamonds) but more recently by the use of brands to create uniqueness.

This is based on segmentation of the customer and theoretically partnering up brands to align. So for example, Ellen fits nicely with female (and core) players, Lucky 88 (and other Oriental themes) with Asian/Chinese players, and film and movie tie-ins resonate with fans of those movies.

Sounds pretty easy, but slot machines are not other FMCG where there is an instant pay-off between product and brand.

Based on the concept of Perfect Contingency, a successful slot will have a brand or meaning that holds real, inherent resonance with the player. Finding the goal of perfect synergy between player, machine and brand, what I call the “emotional architecture” of a slot machine, is often seen as luck, but it is not, and with some thought and analysis, and a strategic mind-set when looking at brands and brand meaning, it can be achieved.

Anyone that wants to understand psychology, culture and human history should turn to Joseph Campbell. Campbell, a student of literature synthesized his experiences of culture, politics, religion, history and story into the monomyth, the theory that all great stories and myths follow a similar pattern.

“A hero ventures forth from the world of common day into a region of supernatural wonder: fabulous forces are there encountered and a decisive victory is won: The hero comes back from this mysterious adventure with the power to bestow boons on his fellow man.” - Joseph Campbell

There is something of the monomyth about making that trip to a casino, and Las Vegas in particular, as we are metaphorically leaving our home or our routine and joining as one with the slot machine to take our journey, hopefully returning as conquerors after winning that life changing jackpot. And all we have to do to participate in that story is to take the trip to the casino and press that button.

For most, if not all customers, this experience is not conscious. Rather, it is an unconscious process borne out of the collective narratives that have existed from time immemorial across cultures, faiths and backgrounds, but now that the work of Campbell has been brought to your attention, you will see the evidence of how pervasive it is throughout our culture.

From religious stories to tales of Superman, Luke Skywalker, and so obviously and deliberately, in films such as The Matrix, Maze Runner and The Hunger Games. In children’s literature the themes are evident in The Wizard of Oz, Charlie and the Chocolate Factory and the Harry Potter series, and even in TV game shows, where by winning the prize, you a conquering hero on return, such as Wheel of Fortune and Deal or No Deal.

Since coming into the gaming industry and walking the floors of gaming conferences I have developed an appreciation of slots, but yet I truly question some of the product. Yes, a segmented offering is good and the licenses are fun – lovers of Seinfeld, The Simpsons and The Voice will readily part with some dollars to play games in the coming years, but they are all really just the same, with the representations and symbols of characters replacing the previous fad. The use of segmented brands only offers tactical advantage, but without sustainable value.

The real strategic value is in understanding the sophisticated and subliminal resonance between the player, the escape from reality, the journey of the game and programing the licenses that bridge this connection, hence the success of Willy Wonka, The Wizard of Oz and Wheel of Fortune, where others have failed. Each of these brands – within the essence of that brand – aligns with the customer’s deep subconscious rationale for playing that device and validates the gambling experience.

Understanding your customer and creating the emotional architecture to capture their aspirations is the prism in which designers, manufacturers and casino operators should address their strategic thinking, rather than just licensing the last cool thing for a particular demographic.

Follow this advice and you will have a guaranteed way to win the jackpot every time.