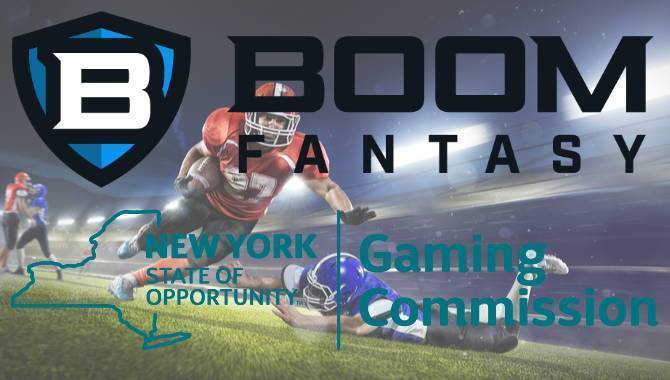 y Fantasy Sports operator Boom Fantasy has confirmed that it has been awarded a licence to operate paid DFS contests by the New York State Gaming Commission.

Under the terms of the licence Boom can immediately start offering its DFS contests to players located within New York State, just ahead of the start of the new NFL season.

Founded in 2014, Boom Fantasy offers players the ability to compile quick rosters based off easily tracked stats (e.g. touchdowns or receiving yards) and play for huge cash prizes instead of the standard DFS model used by industry heavyweights like FanDuel and DraftKings where players compete against thousands of professionals in a salary cap format.

In May the company announced that it had attracted over $2m in a Series Seed round of funding from investors, which enabled the firm to acquire the assets of rival DFS operator Draftpot.

Principle investors in the company include San Francisco based venture capitalists Founders Fund as well as many high profile individuals from both sports broadcaster ESPN and North America’s Major League Baseball (MLB).

"It's no secret that the DFS industry has been starved for innovation. The basic format of salary-cap contests hasn't changed in 10 years. This permit, which we received after a comprehensive regulatory review by the New York State Gaming Commission, proves that there are fun, innovative ways to legally offer DFS contests that other operators have ignored."