CashBet CEO: "If cryptocurrency is analogous to internet technology, we’re still in 1994" 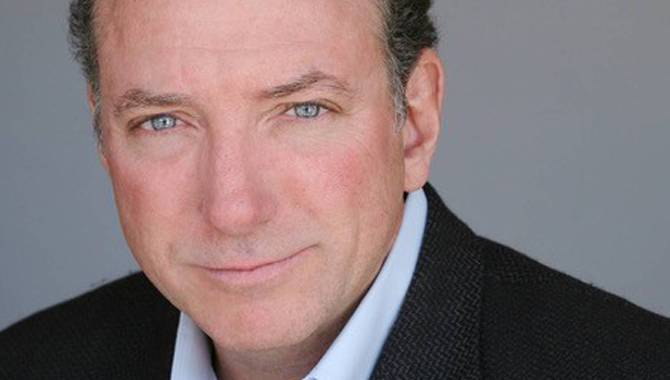 Mike Reaves, CEO and Co-founder of CashBet, speaks to Gambling Insider about CashBet Coin, partnering with Arsenal Football Cub and the future of cryptocurrency.

Earlier this year, CashBet’s initial coin offering, in excess of $30m, was the largest in the casino gaming industry, and Reaves is confident both the company and cryptogaming have huge potential.

The fulfilment of that potential, however, requires the right amount of education and awareness for a sector still very much in its infancy.

What were the biggest motivations behind your decision to co-found CashBet in 2012?

When I founded CashBet in 2012, the online gambling industry was primarily driven by flash content. It was primarily a desktop-based industry. I’d been in the online gambling industry for several years beforehand with companies such as CyberArts and US Digital Gaming. I wanted to put in place a mobile-first platform that would drive content into the phone and the tablet worlds, as well as allow acquisition of players to happen directly on those devices.

I thought that would improve the acquisition metrics that you see in this business.  There really wasn’t a mobile-first platform at the time that we had begun. In my mind, mobile first was the way of the future at that point and I think that’s come to fruition over the last five years.

How did your experience at US Digital Gaming and CyberArts prepare you for CashBet?

I worked at both of those companies for a number of years. CyberArts was acquired by Fertitta Interactive in 2011 and, at CyberArts, we did a lot of regulated poker and regulated online gaming in European markets. We also worked on a number of different lottery markets. What I found working on these various projects was that the poker market is very, very competitive and dominated by some very large players.

At that point, you had PokerStars and Full Tilt and I think it hasn’t changed much since then. Full Tilt is now part of Stars and the WSOP and PokerStars are the two largest gaming brands in the US. These are rake-based businesses. If you look at New Jersey online gambling reports, which are published on a monthly basis, you can see that about 10% of the revenue comes from poker.

So really the money to be made was from casino. The message I took from US Digital Gaming and CyberArts into CashBet was that we were going to focus on casino, on mobile and on a platform that optimised acquisition on those devices.

Can you tell us how the process of trading money for CashBet Coin works?

CashBet Coin is an ERC-20-based cryptocurrency. That means it’s based on the Ethereum protocol. The way a player will obtain CashBet Coin is through an exchange. We’re currently listed on a number of different exchanges around the world, including KuCoin, HitBTC, Bittrex and some other distributing exchanges. The process will be that the player will obtain an account at one of these exchanges and purchase CashBet coin for either cash or redeem further cryptocurrency.  To cash out, the process is similar.

This year, CashBet Coin announced a sponsorship deal with Arsenal. What was the thinking in partnering with a football club?

First off, we thought it was very important to bring some legitimacy into the world of cryptocurrency. For too long, it’s been associated with the Silk Road, Mt. Gox and other bad things that have happened. What we’re really trying to do is to establish awareness and legitimacy around this industry, because we think it’s important going forward. We think blockchain is incredibly important technology and that cryptocurrency is very important for e-gaming.

Establishing the partnership with Arsenal provided some brand awareness around the company itself, it provided awareness around our coin offering and there was some additional residual effect that we saw on our B2C sites. In fact, we saw an uptake in player acquisition on those sites, as well. We offer both B2B and B2C businesses.

To what extent do your potential clients still need to be educated about cryptocurrency?

Oh, I think we’re at the infancy. If cryptocurrency/blockchain is analogous to internet technology, we’re in 1994. There’s a tremendous amount of education that still needs to take place and awareness needs to be driven. User interfaces need to improve, it needs to get better and all these things will happen. By most accounts, there’s something like 25 million unique users of cryptocurrency in the world. But we know that there are hundreds of millions of online gamblers in the world.

We think we can find a way to draw some of those online gaming accounts into cryptocurrency and we believe we can provide a very unique and interesting experience for these players. We’re also going to tremendously increase awareness in the user base for cryptocurrency worldwide. We think we’re right at the beginning. There’s a lot of education both for the player and operator that needs to take place. If you go to our Jenny Vegas site, you’ll see that we’ve established a VIP program which allows players to go ahead and stake a certain amount of cryptocurrency. In so doing, they’ll receive some additional tangible benefit.

We’re just about to expand on that program tremendously with a number of different partners we’ll be announcing soon. We’ll also be at the major trade shows coming up: G2E in October and ICE next year. We need to drive awareness with our B2B customers and that’s the point of our conference attendance, as well.

How much of an opportunity do the flaws in traditional casino operators create for cryptocasinos to capitalise upon?

I think there a number of ways that the casino industry can better serve its patrons. The openness and transparency that blockchain technology brings is important. Concepts such as provably fair are important for people to feel comfortable about their use of a casino. From the operator’s standpoint, the fact we can build a system where there will be no chargeback fraud via the use of cryptocurrency is very important. If you’ve been in the online casino gaming industry for a long time, you know that we aggregate two things: content and payment providers.

Any time you move into a new region, you’ve got to add new payment providers, because this is not a standard worldwide. Cryptocurrency really does provide that standard. It allows us to open up into new markets in a much more efficient way. The transaction costs are much less and, with our state channel-based technology, we can move those players out in a much faster way than we can do with traditional card-processing techniques today.

For such an upcoming form of online gaming, what risks are there with regards to a lack of regulation or player protection?

There are definitely risks. A number of the gambling jurisdictions have recognised these and are beginning to do something about it. Isle of Man, of course, was the first last year to put out an anti-money laundering framework allowing the deposit and wager of cryptocurrency. In Great Britain, the Gambling Commission has an opinion letter out that essentially says, as long as anti-money laundering procedures and KYC procedures are adhered to, they don’t see anything wrong with it. Gibraltar has begun to allow for cryptocurrency to be used. Malta, of course, passed legislation back in July which allows for the use of cryptocurrency.

So I think the regulators are all catching up to what’s going on in the industry and we’re working closely with those regulators to try to steer that legislation in such a way that provides a benefit to the player, creating an environment that can be regulated and adheres to all of the laws against financing of terrorism. We believe strongly that playing in regulated markets is the place to be. As markets become regulated, the adoption by players in those markets increases. The regulation is catching up to where the industry is right now and that’s really critical in achieving the adoption we would like to see for cryptocurrency in the industry.

How confident are you about the future of cryptocurrency and its chances of being around long term?

It’s been around a long time already; 10 years. There’s such a store of value in Bitcoin and other cryptocurrencies right now that I don’t expect it’s going to go away. We’re obviously betting on the fact that it’s not. We’re in a very bearish market for cryptocurrency. But I think that, when you talk about the size of the user base there is in crypto, it’s small compared to the rest of the world and it needs to grow. I think that growth will happen when the players can see the benefit and the operators can see the benefit, and I think that there are benefits. The ones we’ve talked about: player trust, the ability to negate fraud, the speed of transactions, transparency, all those things are beneficial.

We’re really in the infancy of the industry. We’re putting in place interesting new programs that rely on cryptocurrency and feature blockchain technology components such as the features of our Smart Contract, for example, that really provide a new benefit to the player. Assuming that we can continue to create awareness and that both the operator and the player see the value, it’ll be around for a long time. I don’t think cryptocurrency is going away by any means and I believe it will become more important for the online gaming industry in the future.

What kind of timeframe do you foresee for cryptocurrency fulfilling its potential?

It’s happening now. I’m not going to try and speculate about what will happen in the next five to 10 years. But I would say that we are rolling out a number of different products to service the industry that pertain to crypto, such as our Crypto Cashier product, which allows an egaming operator to accept cryptocurrency onto its platform. We’re right now in the regulatory and compliance testing phase of our Crypto RGS product, which we hope to get out to the hands of operators in Q4.

I think a lot of this is going to unfold in the next 12-18 months rapidly. As soon as you see a number of the larger operators adopting this, adoption will accelerate throughout the industry. I don’t know how long that’s going to take, but I do believe it’s important and it’s interesting – and that it does provide benefits to both the player and the operator.