Ranjana Adhikari & Tanisha Khanna: The state of play with the legalisation of online gambling in India 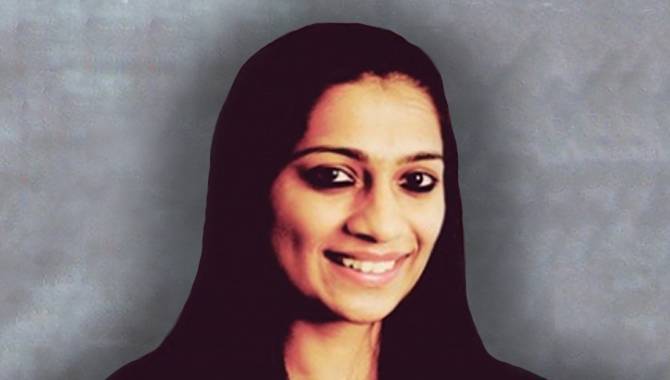 The online skill gaming industry in India has seen rapid growth in the last few years, stimulated by improved digital infrastructure, ease of digital transactions and cheap data. India is a country of 1.3 billion of which, as per estimates, half a billion have smartphones. The online gaming industry, notable for games like fantasy sport, poker and rummy, has gained prominence during the COVID-19 lockdown, which has caused a large section of the population to stay glued to their smartphones at home.

Lockdown has seen Indian gamers satiate their need for cognitive engagement through these online games, resulting in an unabated growth for the industry – as India continues to stay in partial lockdown. Investments in this sector have also increased manifold, with several prominent foreign and domestic investors picking up substantial stakes in Indian online gaming businesses.

With the spotlight on the industry, it was only a matter of time before the Indian authorities, legislators and courts sat up and took notice of its burgeoning impact on the economy and users. The last couple of months have seen different state governments and courts mulling the way forward for this fast-growing sector, which has hitherto been unregulated in most Indian states.

While certain Indian states like Andhra Pradesh have taken a hard line with the industry, and recently enacted law to ban all online games (including games of skill) for stakes in the state, the state of Maharashtra is considering legalising and regulating the practice. On the other hand, the courts of Gujarat and Madras have also recently advised governments of these states to consider how to deal with the industry, in the wake of several public interest litigations filed in these courts.

Betting and gambling is regulated at a state level in India, as under the Indian Constitution, the power to enact laws on ‘betting and gambling’ vests with state governments. This is problematic from a territorial jurisdiction perspective for individual states seeking to regulate online gaming activities. In the absence of a single, central law for online gaming, it has also created business uncertainty for operators, as different states have taken diverse approaches towards the legality of these businesses.

With the spotlight on the industry, it was only a matter of time before the Indian authorities, legislators and courts sat up and took notice of its burgeoning impact on the economy and users. The last couple of months have seen different state governments and courts mulling the way forward for this fast-growing sector, which has hitherto been unregulated in most Indian states

Most state anti-gambling laws were enacted prior to the advent of the internet and have prohibited gambling activities in physical premises termed ‘common gaming houses’ or ‘gaming houses.’ Most of these laws have not been amended to specifically include internet offerings. Only the states of Nagaland, Andhra Pradesh and Telangana have specifically extended their anti-gambling laws to the online medium.

Recently, the High Court of Gujarat has recognised that the Gujarat Prevention of Gambling Act, 1887, which prohibits gaming activities in ‘common gaming houses’, does not extend to online gaming. However, the High Courts of Punjab and Haryana, Rajasthan and Bombay have applied similarly drafted laws to online game formats while considering the legality of these formats. Most state laws exclude ‘games of skill’ from their prohibitions. The Supreme Court of India has held that (1) offering games of skill does not fall within the definition of ‘gambling’ and (2) offering games of skill are protected under freedom of business guarantees under the Indian Constitution.

However, there is no uniform machinery to ascertain whether a game format is in fact a game of skill or not. The state of Nagaland is the only state which has enacted law to regulate online games of skill, and which specifically identifies certain games as games of skill in the legislation. Over time, Indian courts have recognised that games such as 13 card Rummy, betting on horse racing, online poker, and a certain format of fantasy sport, are games of skill.

The Ordinance has specifically extended the provisions of the AP Act to cover online gaming activities and has prohibited staking money on games of skill. The introduction of the Ordinance has created much furore within the industry, as the state of Andhra Pradesh is a prominent market for most operators, and one always fears this having a cascading effect on other states. As per recent reports, the chief minister of the neighbouring territory of Pondicherry has urged the Central Government to ban online gaming activities.

The validity of the Ordinance has also been challenged before the High Court of Andhra Pradesh and the outcome of these proceedings is awaited. As such, whether a state government has the legislative competence to prohibit games of skill is debatable and, therefore, the amendments to the Telangana Act as well as the Ordinance are questionable. The unfortunate part of this saga is that legitimate skill gaming businesses have been affected, in spite of the Supreme Court of India recognising that offering games of skill are protected under freedom of business guarantees under the Constitution of India.

While the amendments introduced by states such as Andhra Pradesh and Telangana unsettle the waters for the industry, there are several promising developments in other Indian states. As per recent news reports, the state of Maharashtra is contemplating legalising and regulating online betting, seen as a means of mobilising tax revenue for the state. It is unclear at this stage what the contours of the new law would be, and whether it would encompass only online games of skill, or additionally games of chance. However, it appears discussions are still at a nascent stage and it could be some time before a new law is introduced.

There have, elsewhere, been remarks by High Courts of certain states in support of regulating online gaming activities. For instance, recently the High Court of Madras contemplated the lacuna in the law and underscored the need for a comprehensive framework to govern online games, virtual games and online sports. In this case, the police in the state had submitted to the court that there was no regulatory framework for online games of skill.

There is a strong need for a robust central legislation to regulate online games of skill and bring them within a licensing regime. The central law could be supported by the existing self-regulatory codes of gaming industry bodies; these, in the absence of a law, have identified which games are games of skill, set standards for operators and prescribed measures for player protection

The court traced the legislative framework in India and remarked that there was a pressing need for a regulatory framework for such online games. The court also highlighted that regulation would encourage investment in the sector, lead to technological advancements, generate revenue and employment, as well as protect vulnerable sections of society such as the youth. The court ultimately urged the state government to take note of the situation and enact suitable legislation to bring online games within a licensing regime.

With the spotlight on India’s online skill gaming industry, the conversation about legalising these games has commenced in the country. Public opinion has both been in favour of, as well as against, legalising these games; however, the fact public opinion has been mobilised indicates developments for the industry are on the horizon. The legalisation of these games could provide attractive investment opportunities for investors seeking to ‘bet’ on the lucrative Indian market. Already, the size of India’s online gaming market is valued at $885m and is expected to grow 42% within the next year.

There is a strong need for a robust central legislation to regulate online games of skill and bring them within a licensing regime. The central law could be supported by the existing self-regulatory codes of gaming industry bodies; these, in the absence of a law, have identified which games are games of skill, set standards for operators and prescribed measures for player protection. It remains to be seen whether the Central Government will take up calls to enact such legislation. However, it is safe to assume it may be some time before such a law is enacted. 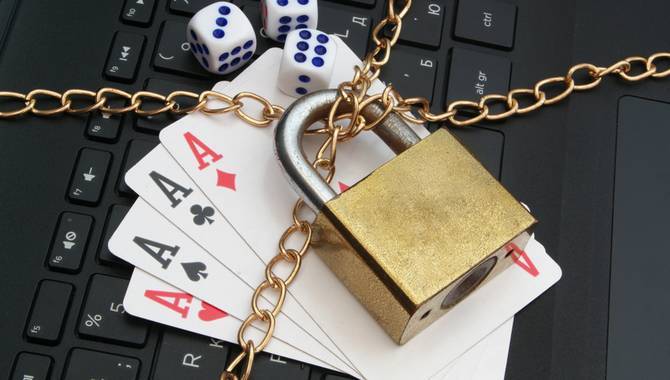 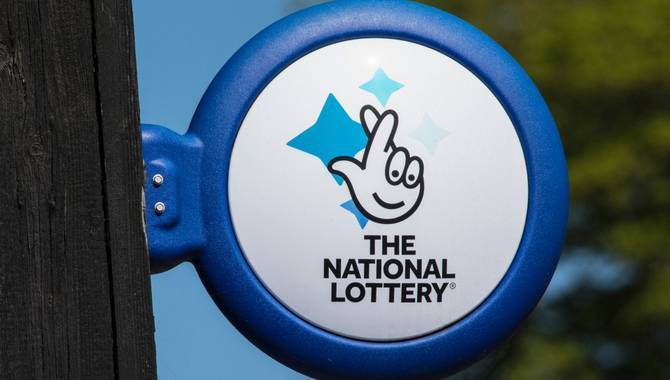 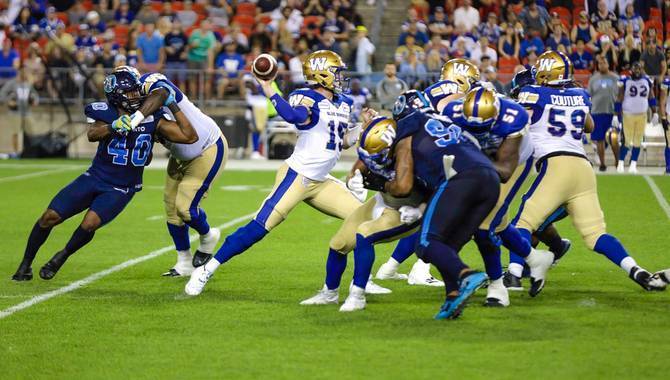 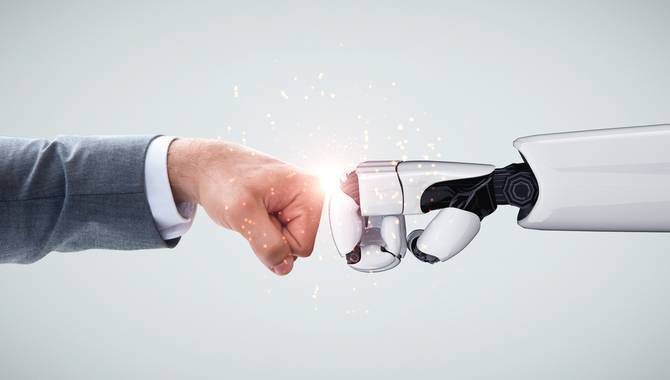