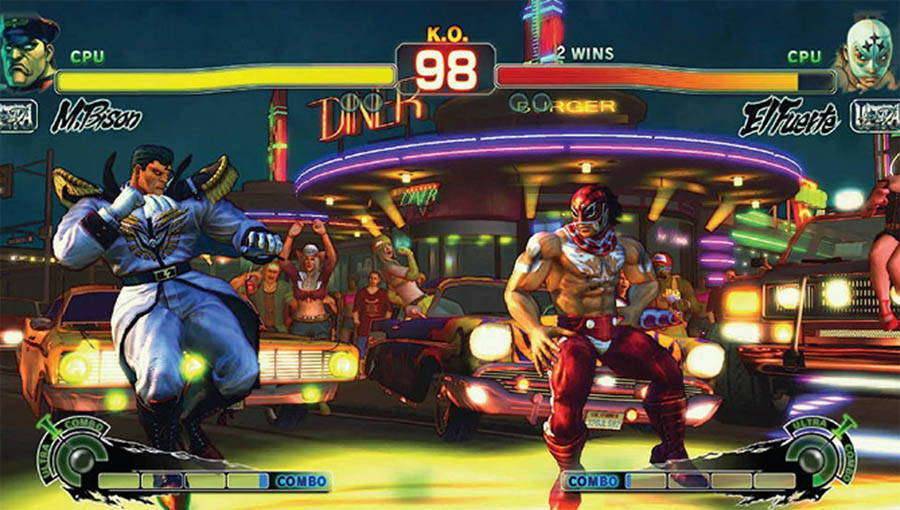 Confronted with a PlayStation generation who find luck-based games a complete turnoff, Julian Rogers asks how the industry can appeal to younger audiences

Games like roulette and blackjack have been familiar fixtures on casino floors around the globe for decades. In fact, the origins of roulette, which means "little wheel" in French, can be traced back more than 200 years. These traditional casino games, along with other regulars like baccarat, craps and slots, possess an enduring quality that has drawn players back time and again in an often-futile bid to beat the house and walk away with a handsome profit. But while the traditional casino offering still largely appeals to inveterate gamblers and older players, there is increasing anxiety within the industry that luck-orientated games like slots just don’t resonate with mobile-gaming Millennials who were raised on a diet of mega-hit console franchises like Super Mario and Street Fighter.

When visiting places like Las Vegas this younger crowd tends to be more fixated on the pool parties, restaurants and nightclubs rather than chancing their arm in the casino pit. Indeed, Sin City has gained a reputation in recent years as a hedonistic playground for party-loving twentysomethings, somewhat supplanting its reputation as purely a gambling mecca. Coaxing these patrons away from the poolside entertainment and onto the casino floor is an ongoing challenge. Eric Meyerhofer, CEO of California-based gaming platform Gamblit Gaming, says most casino resorts and tribal casinos are fully cognisant of this growing problem. “Without exception, the operators recognise that they have a problem attracting younger people to the games. They see the average age of the money or the monetisation continue to rise and that doesn’t bode well.” He adds: “The floor is dominated by traditional casino games but these games aren’t penetrating the sub-40 group very well.”

Las Vegas welcomed over 41 million visitors in 2014, although just 12% came primarily to gamble, according to a survey by the Las Vegas Convention and Visitors Authority. Tellingly, only 4% of first-time visitors made the journey with their main intention being wagering. For some properties the once-critical focal point – the gaming floor – is no longer the main revenue generator. One way to redress this balance is by making gambling games that appeal to a younger generation who habitually play wildly popular casual mobile games like confectionary puzzler Candy Crush Saga or multiplayer battler Clash of Clans.

Meyerhofer’s Gamblit Gaming is trying to do just that by bringing real-money betting to mobile games with its proprietary wagering engine, while its touch-controlled surface tables offer social gambling games in bars and nightclubs. “People’s tastes are being reshaped as to what they think entertainment is,” he says. “Gambling should be about entertainment, so bring a product to that player class that they know and understand already as entertainment rather than expecting them to shift their tastes to something that is a more passive experience.”

That sounds all well and good, but bolting gambling elements to potentially addictive casual games raises the spectre of a spike in the number of people developing gambling problems. Meyerhofer, though, dismisses this idea by saying the issue will be covered by the casinos’ responsible gaming initiatives, while most players have the wherewithal to control their spending. “The vast majority of players have a budget, whether it’s how much you are going to spend in the casino’s club or on the gambling floor. And when you hit that point you are pretty much done.”

While it’s true to say table games have remained largely unchanged over the decades, slot machines have gradually transformed almost beyond recognition since the days of the rudimentary one-armed bandits. For instance, one of the latest all-singing, all-dancing slots by Aristocrat is themed around US hit comedy The Big Bang Theory and features a whopping 84-inch, ultra high-resolution 4K display. Seen in full flow with its flamboyant graphics and blaring sounds, the monstrous machine resembles a rocket launch. This licensed slot is clearly targeting a younger player (the vast majority of slots players are over 35), yet for many within this demographic these games remain an inherently luck-based playing experience with scant skill involved. For some, they are just outright boring.

Last year, however, New Jersey’s Division of Gaming Enforcement said it would welcome applications from developers of skill games, while, in May, Nevada Governor Brian Sandoval signed Senate Bill 9 that paves the way for slot machines in the Silver State to incorporate skill-based, arcade-style aspects into the games. American Gaming Association president Geoff Freeman said in a statement that the bill would allow for innovation and help gaming reach a “key customer demographic”. He also said he hoped other gaming states would follow Nevada’s lead.

The bill opens up new possibilities for slot manufacturers to radically transform game design and game mechanics to make them more like video games, which should attract a new breed of gambler who would otherwise shun slots. “The ability to offer variable-payback slots opens the door to a new level of creativity that will inject new life into the entire sector,” Marcus Prater, executive director of the Association of Gaming Equipment Manufacturers tells Gambling Insider. “Slot revenues have been flat, especially in North America, and operators have been asking for new levels of innovation for the slot floor. Without the ability to utilise variable-payback percentages, there’s not a way to include skill and arcade elements that are already so prevalent among our daily non-wagering gaming experiences.”

The payout on a slot machine is currently around the 88% mark, but this could rise to 98% for a skill-based slot if a player is especially proficient at a game, ensuring the house still turns a profit. What precisely these skill games will look like and how they will work in practice isn’t clear at this stage, but the industry will be aiming for engrossing hybrid games that blend just the right level of skill with luck to keep players of varying abilities interested. “If it’s a pure skill game then only the most skillful will win and that’s not a mass-market product,” says Meyerhofer. “Hybrid games have a blend of skill and chance in a way that poker does. So not everyone is going to win on any given night but you are willing to take the shot.”

So with land-based operators examining a more diversified casino offering, it raises the question as to whether casinos in the online sphere need to explore offering more casual P2P gaming. Playing console games against online opponents for money is nothing new, of course, but operators could look to cash in on the phenomenal growth in e-sports, for example.

Andy Harris, commercial director of Realistic Games, has been entrenched in the online and land-based gambling industry since the nineties and has worked for companies that have served up everything from backgammon to quizzes with cash prizes. However, that recurring issue with P2P gaming kept rearing its ugly head: the skills gap. “You are always going to get a small minority who are significantly more skillful than the rest,” he says, “so you end up with a situation where the rest are the people who are feeding that ecosystem. As a player, you end up getting annoyed at losing all the time. We looked at ways of levelling the playing field but it is impossible.”

Without exception, the operators recognise that they have a problem attracting younger people to the games. They see the average age of the money or the monetisation continue to rise and that doesn’t bode well
Eric Meyerhofer

Instead, there have been tweaks made to stalwarts of the casino vertical over the years to freshen up the games and create more interest and betting action. For instance, many sites offer side bets on blackjack like 21+3 (combine your two cards with the dealer’s first card to form a three-card poker hand) and Perfect Pairs (a bet on whether your cards be a mixed pair, a pair of the same colour or an exact match of colour and suit).

Similarly, including more engaging and interactive bonus rounds in slots gives players a greater feeling that they are influencing the outcome of the game. “Roulette, slots and blackjack have been around since the dawn of time and still rule the day, but they appear in a subtly different guise to how they did 20 years ago,” says Harris. “This dominance will continue but I think they will change in more subtle ways to meet consumer requirements.” For Harris, who has “absolutely no doubt” that traditional casino games will still be around in 20 years from now, it’s simple: “We have to keep evolving to keep people engaged.”

Evolving is one thing, of course, but your dyed-in-the-wool casino player probably won’t be enamoured at the prospect of casinos eventually resembling an amusement arcade. To placate these fears, it’s about striking the right balance between traditional and new. In fact, Meyerhofer foresees a “cornucopia” of chance- and skill-based games spread across the casino floor and into the bars and other areas of the property for “lounge-style gaming”. And perhaps even dedicated e-sports areas, he suggests. “Some casinos are considering putting in e-sports zones where you can spectate and wager on players. It’s being looked at very seriously.”

From the gaming machine manufacturers’ perspective, Prater says there will always be space for established games. “I think there will always be room for traditional casinos games, but we need to do something to attract a younger demographic that is setting trends and driving business in a wide variety of industries around the world. Las Vegas visitors keep getting younger, but those younger players would rather play games on their phones and visit nightclubs than play in the casino. It won’t happen overnight, but I’m confident the gaming suppliers will change that with a new level of creativity for the slot floor.” The skill-based slots are expected to start appearing in Nevada casinos in 2016. Only then will we get to see whether these machines really do captivate the PlayStation and mobile gaming generation.