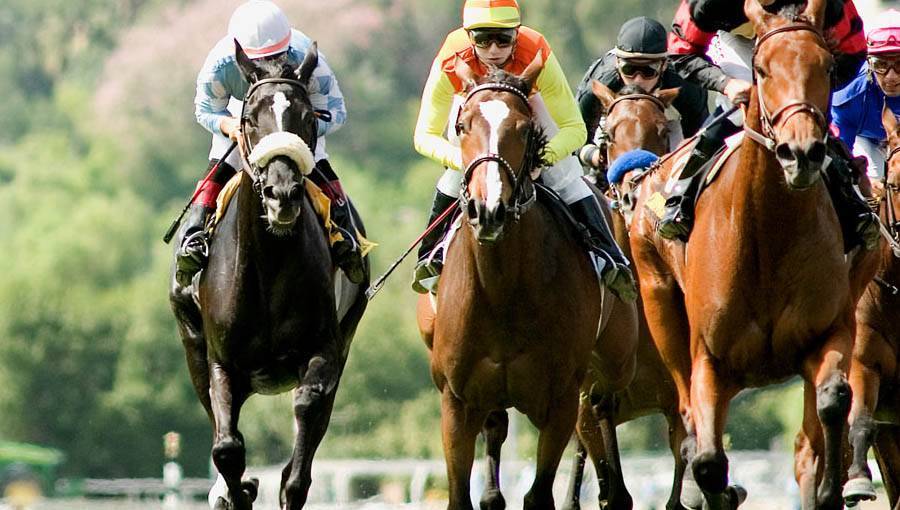 It’s a Thursday morning in November and lifelong horseracing fan and punter Brian Sykes is logged onto a leading bookmaker’s site on his laptop. After poring over the form for a 10-runner novices hurdle at Market Rasen, the 59-year-old Yorkshireman plumps for an obvious choice, 5/2 favourite Western Miller. He punches in his stake – £15 to win – and clicks the ‘Bet Now’ button. Suddenly, a warning message flashes up informing him that the maximum he can stake on his chosen horse is £8.51. If he proceeds, his potential winnings tumble from £52.50 (including stake) to £29.78. He abandons his bet and stakes just £5.

Bet restrictions on racing are an all-too-familiar occurrence for Sykes after he took semi-retirement in 2014 with the intention of generating a little extra cash from betting on racing to modest stakes. “I enjoy a puzzle. Some people do crosswords – I try to work out 16-runner handicaps,” he says. However, he soon became exasperated with unravelling these sporting puzzles when his bets began to be restricted and he was accused of being a professional gambler who was privy to inside information. “Why would I bet £10 and £15 if I had inside information?” he says.

Sykes claims he staked £16,000 across 1,500 bets over a seven-month period, resulting in a negligible 0.2% profit. Yet half of his accounts were either restricted or closed. One firm shut his account after eight bets, despite the fact he was £120 in the red. They said half of his selections had shortened in price so they didn’t want his business. “I thought you had to be shit hot and had to win thousands before you had any restrictions at all. In three months I went from being someone who was an advocate of the betting industry to somebody who absolutely despises it. I now say to people, ‘don’t bother betting because they won’t let you win.’”

Having bets rejected and accounts closed used to be a badge of honour and very much par for the course for that rare breed – the professional racing gambler. Now, though, more and more disgruntled recreational bettors are flocking to social media channels and forums to protest that they struggle to place wagers on racing. The groundswell of frustration suggests that consistently backing ‘shorteners’ or top prices on Oddschecker, landing a big winner or demonstrating a certain degree racing betting nous are some sure-fire ways of eventually finding yourself persona non grata with certain operators.

Pete Ling runs independent gambling advice service Secret Betting Club, which boasts almost 1,000 members. He’s adamant that the situation is worsening for those that aren’t professional gamblers or arbitrageurs. “As a shrewd punter you kind of expect it and it’s a rite of passage – you win good money and have your account limited and then closed. Nowadays, it’s affecting more and more punters, and not even those who are winning. I’ve been contacted by people who have a few losing bets and had their accounts closed.” Back in 2013, he surveyed SBC members and discovered that racing bet limits and account closures were widespread. One operator heavily restricted or closed three out of four accounts held by members. Ling is poised to carry out a similar survey to gauge the state of the industry in 2016.

Bookmakers aren’t doing anything illegal here. They can refuse to do business with whomever they like. And just like any other company, the aim is to turn a profit. The industry leaders are multibillion-pound public corporations battling for business in a fiercely competitive market that has witnessed a slew of blockbuster M&A deals of late. Critics argue, though, that furnishing the City with positive results every quarter and appeasing shareholders is now the be-all and end-all, and that gambling on racing is far removed from when it was a battle of wits and minds between punter and that well-worn caricature of a fearless bookmaker with a mathematical brain as razor sharp as his suit.

Scott Ferguson, a betting consultant and member of the Horseracing Bettors Forum, a new body established by the British Horseracing Authority to represent the interests and views of racing bettors, says computers and accountants have taken over. “They have given licences to bookmakers, but they aren’t actually compelled to ‘book make’. They are just corporations run by bean counters and owned by hedge funds, so all they want to do is cut costs and increase revenue and profits. The best way to cut costs is to keep dumbing down the staff by automating all the systems and stop taking bets that may cause you to lose money.”

In the industry’s defence, racing has always been one of the most unpredictable and opaque sports to price up and trade. Markets, especially minor meetings on weekdays, can be especially volatile. Furthermore, layers often can’t rely on exchanges like Betfair and Betdaq as a guide in the run up to races because there’s usually a dearth of liquidity until 15 minutes before the off. “They [operators] feel more vulnerable here,” says Ling, “not just from inside information, but from people who study form, especially when your racing department has been slashed from 30 traders to three or four.” Also, the costs continue to snowball for operators. As well as the cost of laying bets, there are expenses such as two racing channels (SIS and Turf TV), data rights, tax and the Levy. It’s easy to see why clued-up racing punters might be swatted away.

However, there are more sinister accusations swirling around, namely that bookmakers deploy sophisticated software to monitor and profile online customers. It’s alleged that some use tools like IE Snare – developed by Iovation to combat fraud and money laundering – to spy on their customers. IE Snare is able to monitor a computer’s behaviour and collect data, so it’s suggested, for instance, that if you are logged into an operator’s site then that firm can tell if you are also looking at odds comparison sites or tracking odds on the exchanges. “We have advised our members to be aware of it,” says Ling. “People have discovered IE Snare, but we don’t know how much bookmakers are tracking and profiling gamblers.”

Sykes, who wishes to see IE Snare made illegal, says he conducted a test whereby he intentionally wiped his laptop before opening an account with a leading bookmaker. He immediately found IE Snare running in the background. “IE Snare is not an ordinary cookie,” he says. “I have searched many sets of bookmakers’ terms and conditions and I have yet to see the words ‘IE Snare’ used anywhere, so why are they hiding it? I don’t think there is anything illegal in it, but they just don’t want people to know what they are doing. Most people would be appalled if they knew what was going on.”

Ultimately, though, the fear is that the so-called Sport of Kings will suffer if restrictions persist and dyed-in-the-wool punters desert racing. For instance, Channel 4 Racing’s viewing figures continue to slide, which could be partly attributed to Saturday-afternoon punters struggling to have a £25 or £50 flutter. Fifteen years ago, racing accounted for around 80% of shop turnover. Now more than half of the money a shop takes has been pumped into FOBTs, which are guaranteed cash cows for firms. Racing has taken a back seat as a betting product. “Bookmakers are alienating the core audience – the people who bet on racing week in week out,” says Ling. “I certainly can see more people not betting on racing, which will mean a knock-on effect of people attending race meetings, watching less racing on TV or buying fewer racing newspapers. I’m worried because racing and betting are intrinsically linked.”

In Australia’s most populous state, New South Wales, bookmakers are obliged to accept bets on thoroughbred races where they could lose a minimum of AUS$2,000, regardless of whether the customer is a professional or recreational bettor. Ferguson, who is a native Australian and also former head of education at Betfair (exchange), says that since the minimum bet limit’s introduction in 2014, it has been a boon for punters who can now avoid the rigmarole of having to open accounts in the names of friends and relatives. Perhaps understandably, not all layers were over the moon. “The old school bookmakers said ‘bring it on’ because they can still remember how to ‘book make’, but the European bookmakers were screaming blue murder,” says Ferguson.

Back in the UK, Coral took the decision a year ago to lay win bets up to a payout of £5,000 on all races screened on Channel 4. Although it only applies to bets placed in its shops, the move has been applauded as a step in the right direction. This aside, the consensus among many punters is that bookmakers are much more risk-averse nowadays, especially with racing. Finding winners should be the hard part, not trying to get a bet on to the stake requested, they protest.

Sykes echoes the frustrations of many: “Why would you want to spend two hours on a Friday night studying form and then go online Saturday morning asking for £5 each-way on a horse at 12/1 and they offer you £1.73? Why bother?” After 40 years of betting, almost exclusively on racing (on-course, in shops and, more recently, online) he’s become somewhat disillusioned with his hobby. “It’s got out of control. Not only do they want big losers, but if anybody hints at all that they might not lose a significant amount of money they’ll stop them betting.” As for Sykes' requested bet, Western Miller went off the 2/1 favourite but finished tailed off in fifth place. He saved himself £10.

THE INDUSTRY’S RESPONSE
Gambling Insider contacted 10 leading bookmakers for their views on betting restrictions and account closures. Of these, three replied. William Hill said: “We operate in a competitive marketplace and want the freedom to offer good prices to our broad, recreational target audience. Managing our liabilities in this way enables us to give value back to our regular customers rather than it being sucked up by a few professionals.”

Boylesports said it does not close accounts of customers who back best price or demonstrate an aptitude for betting on horses, though accounts are shut down where fraudulent behaviour is detected. Meanwhile, Ladbrokes said just 2% of accounts are restricted while fewer than 0.5% of bets on a typical day face restrictions. “Our strategy for growth is clear and revolves around growing recreational scale across our customer base and in order to deliver value to these customers we, like all bookmakers, have restrictions in place on some accounts.”

When asked specifically about IE Snare, Ladbrokes stressed that it wasn’t used. Boylesports said: “We have extensive systems to protect the company against fraud or to detect inappropriate betting behaviour. As a matter of policy we don't comment on the specifics of our security procedures.”

The Association of British Bookmakers declined to comment specifically on bet restrictions and account closures, but added that each operator “makes their own decisions and has their own polices”. Meanwhile, the Gambling Commission said betting companies are expected to have clear and fair terms and conditions under which accounts can be closed or limited. “It is then up to the potential customers to consider those terms and conditions and decide whether they wish to do business with that operator,” a spokesman said.